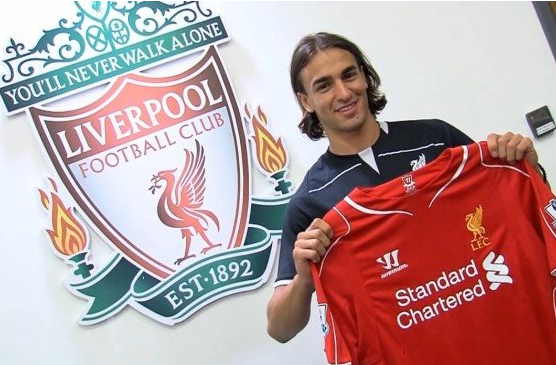 Last season Liverpool had a clear identity; an identity of fearlessness, arrogance, at times naivety, and ultimately, of goals. Since then their talisman, their rogue leader in Luis Suarez has left the club for Barcelona in search of success, while Liverpool are left trying to recreate an identify which defined the past season.

Having lost Suarez, who scored 31 times and assisted 12 times last season, despite missing the first six games due to suspension, Liverpool were undoubtedly in need of a rethink this summer, in order to still compete at the highest level.

Liverpool bought nine players in the past summer, an extensive outlay indicating the changes Brendan Rodgers wished to enforce. Of the nine players bought it included three defenders (Dejan Lovren, Javier Manquillo and Alberto Moreno) for an outlay of approximately £32 million). They bought one midfielder (Emre Can) for £10 million. And finally, and considering the manager perhaps unsurprisingly they bought five attackers (Adam Lallana, Lazar Markovic, Divock Origi, Rickie Lambert and Mario Balotelli) for approximately £73.5 million. A grand array of new acquisitions indeed – the highest gross spent by Liverpool in any window ever by a stretch.

The composition of players brought in may hint at what identity Brendan Rodgers hopes to recreate in Liverpool post-Luis Suarez. Having conceded 50 league goals last season Brendan Rodgers had no choice but to rebuild a defence which was embarrassingly porous all too often. While individually Liverpool’s centre backs in Martin Skrtel, Mamadou Sakho and Kolo Toure all have redeemable traits, no partnership ever looked solid and it is of no surprise Rodgers brought in the Croat Dejan Lovren to bring some much needed leadership to Liverpool’s back line.

The strength of the German midfielder Emre Can brought in from Bayer Leverkusen for a fee of £10 million indicates some presence and a backup for the 34-year-old Steven Gerrard which was badly needed. Gerrard, although had his own deep lying playmaker renaissance last season is slowing down drastically and will need to be rotated and often rested this season.

The five attacking recruits brought in during the summer indicate the need to bulk out the squad with actual quality as much as anything. While Liverpool’s small squad last year may have added to the imperious team spirit, relying on players such as Victor Moses, Iago Aspas and Luis Alberto was never going to help if the Reds were looking for a goal late on.

To date Lovren has had an inauspicious start to his Liverpool career, yet most errors suffered can be put down to a lack of communication throughout the new back line for now. In Lovren’s last game he played alongside Mamadou Sakho, although maligned by many the Frenchman is seen by Liverpool fans as their best centre defender. For the game to end with a clean sheet the hope is that it is a partnership which will be given time to develop.

Full backs were perhaps a bigger area of concern for Rodgers than centre back and two new full backs were unsurprisingly recruited this summer. Javier Manquillo arrived on a two-year loan deal from Atletico Madrid and Alberto Moreno arrived from Sevilla following a summer long chase for the Spaniard. While both players were very young – Manquillo 19 and Moreno 21 – their traits are clear.

Manquillo, who is an inexperienced Spanish right-back is seemingly seen as the long term replacement for a seriously in decline Glen Johnson. Manquillo is relatively tall for full back – 5ft 9in – but is very comfortable in possession and to date for Liverpool hasn’t put a foot wrong defensively. Manquillo may be compared to his compatriot Alvaro Arbeloa who played for Liverpool under Rafa Benitez; defensively solid, technically sufficient, but don’t expect Cafu type forays into the opposition box.

Moreno on the other hand is more comparable to Jordi Alba, a flying full back with exceptional pace and technically ability. The Spaniard perhaps looks slightly raw defensively, which could be seen in his mistake to let Jovetic score against Manchester City on his debut. Moreno’s performance against Spurs last weekend though, indicates mental fortitude as much as anything, putting in a man of the match performance which left fans purring by the end.

Although the merits of each defensive acquisition may be questionable, with what was a completely new defense which started against Tottenham and kept a clean sheet surely gives hope that in time a cohesive partnership may form. The raw traits of a progressive, front-foot defensive line are finally there for Brendan Rodgers. This is one area where it seems clear the manager wanted to refine the identity of the side. A more dependable, and ultimately aggressive defensive line are now being settled for the tough season ahead.

The acquisition of Emre Can, a physically strong and athletic defensive midfielder, adept in other midfield roles such as box to box and even full-back suggests Rodgers wanted greater tactical dynamism in the midfield area. Can, who played 29 times for Leverkusen last season, will give Rodgers a chance to rest Steven Gerrard occasionally, an increasingly important step Brendan Rodgers needs to take.

Can, although a defensive midfielder by trade, will add physicality and presence to Liverpool’s midfield, with added quality going forward too. Can won 2.4 tackles and 1.9 interceptions per 90 minutes last season for Bayer Leverkusen. Not only that, but the German also scored three times and made 0.5 key passes per 90 minutes.

Of the five attackers Liverpool have acquired during the summer window there is one universal trait above all else – tactical flexibility. Every one of the players can play in a multitude of positions. Such in-game tactical and positional flexibility was one of the key reasons Liverpool of 2013/14 went so agonisingly close to wining the title. The ability to switch from a 4-4-2 diamond to 4-3-3 and perhaps finish with a 3-5-2 was not an uncommon sight for Liverpool last season. Such tactical intelligence is prerequisite for Liverpool and a point the manager continually makes when asked about that he looks for in a potential player.

One player who Liverpool bought this summer, despite arguably arriving at an overpriced fee, symbolises such tactical flexibility than no other – Adam Lallana. Lallana, who arrived from Southampton for a fee of £16m rising to £23m, can play in a number of varied positions, such as attacking midfield, on the left wing or as a number 8, often referred to as a volante (when a player plays central midfield but has a natural disposition to attack).

Lallana enjoyed a breakthrough season at Southampton last season, which not only got him a move to Liverpool but to the World Cup too. Having scored nine goals in 38 league games for the Saints it seems clear Lallana will be expected to weigh in on the goals tally for Liverpool now that Suarez has left.

A creative force and tactically versatile, Lallana averaged 1.8 key passes per 90 minutes last season, though perhaps his work rate and front-foot defensive contribution is what made Brendan Rodgers move for the player, further indicating the emerging aggressive identity within this Liverpool side. Lallana averaged 1.08 interceptions and won 1.37 tackles per 90 last season for the Saints, a mightily impressive record for an attacking midfielder.

Other new acquisitions also indicate such aggressive work rate and tactical flexibility, such as Lazar Markovic and Divock Origi, though no one as much as Adam Lallana.

The emerging identity within Brendan Rodgers is clear, front-foot aggression is expected from all areas of the pitch; central defence, full back, central midfield and in the final third. Tactical and positional flexibility is prerequisite too. While the goals of Luis Suarez cannot be replaced by one player, the next best option is to try to spread them throughout a side with reinforced and refined ideals.

Whether Liverpool can play at the same level as last season is somewhat unlikely, should the new players click in the coming months the fortunes of Liverpool may be much brighter than anyone could have expected at the start of summer when Suarez left Liverpool for Barcelona.

Kevin Kelly is a journalism graduate and football writer from Dublin specialising on youth football on his website academyfootballnow.com. While writing for backpagefootball.com, Kevin can be found writing regular opinion features on Liverpool.