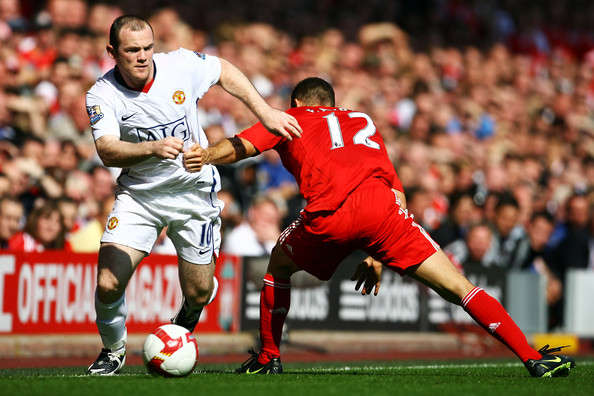 Some may argue that one of the biggest reasons for the Barclays Premier League’s success throughout the globe is its league-wide television deals. Since the league’s conception in 1992, each club in the English top-flight shares a chunk of the huge television money that the league rakes in every season. Unlike in Spain, where TV deals are negotiated on a club-by-club basis, the Barclays Premier League leads the trend of lumping in every club in their worldwide deals, meaning that people in Asia will not only enjoy coverage of their beloved Manchester United and Liverpool, but of Wigan and Norwich too.

Liverpool however, are not happy with the current arrangement and are challenging the English FA for TV rights to be sold on a club-by-club basis. The northern club are obviously aware of their huge following in Asian countries like Korea and China, as well as their growing fanbase in the United States, so who can blame them from wanting to cash in on their popularity?

If such a deal were to go ahead, it could potentially be damaging to the majority of the Barclays Premier League’s clubs. If you take a look at the situation in Spain, where Real Madrid and Barcelona enjoy huge worldwide television deals while lesser clubs in their league struggle to even get television coverage. I can’t see how anyone can seriously advocate a system like this, a system that will most definitely see the top clubs in England drift away from the rest, you only need to see the gap between Spain’s top two clubs to realize that the TV rights situation in their country has affected things in a big way.

The Premier League sells domestic and overseas broadcasting rights collectively and sees their current international deal worth 1.4bn, almost half of the league’s Television revenue. That’s quite a lot of money, and if the majority of that were to go to the league’s biggest draws, Liverpool, Manchester United, Chelsea, Arsenal and Manchester City, we’d have a huge problem.

The Barclays Premier League is shown in well over 200 countries worldwide at present, with over 98 broadcast partners scattered around the globe, the majority of interest in those countries are for the teams I mentioned in the paragraph above, and if it were possible for those countries to only show matches of those team, I’m sure most would.

Many may not see it as a big deal, but such a situation could see the biggest clubs in England spend their huge new-found fortunes on extortionately expensive players, new stadiums and club TV channels. All the while, the league’s lesser clubs struggle to keep up by racking up huge debts and buying players they can’t afford, all because half of their television revenue had disappeared.

Liverpool’s Managing Director Ian Ayre has stepped out to have a say on his club’s recent challenge:

What is absolutely certain is that, with the greatest of respect to our colleagues in the Premier League, but if you’re a Bolton fan in Bolton, then you subscribe to Sky because you want to watch Bolton. Everyone gets that. Likewise, if you’re a Liverpool fan from Liverpool, you subscribe. But if you’re in Kuala Lumpur there isn’t anyone subscribing to Astro, or ESPN to watch Bolton, or if they are it’s a very small number. Whereas the large majority are subscribing because they want to watch Liverpool, Manchester United, Chelsea or Arsenal. So is it right that the international rights are shared equally between all the clubs?

Some people will say: ‘Well you’ve got to all be in it to make it happen.’ But isn’t it really about where the revenue is coming from, which is the broadcaster, and isn’t it really about who people want to watch on that channel? We know it is us. And others. At some point we definitely feel there has to be some rebalance on that, because what we are actually doing is disadvantaging ourselves against other big European clubs.

In order for the deal to be seriously considered, the new commercial arrangement will need to be voted in by 14 of the Premier League’s 20 clubs, something which looks very unlikely to happen seeing as only four or five teams will actually benefit.

Most are seeing this new challenge as a way of Liverpool attempting to find finances to move to a newer, bigger stadium, something they’ve needed for a while. The club in recent years would have made the majority of their money from playing in the world’s biggest competition, the UEFA Champions League but due to their poor form in the past few seasons, Liverpool must now find money from elsewhere to fund their upcoming move and their planned assult on the Premiership’s Top 4.

5 thoughts on “Liverpool are big in Asia, and don’t they know it”