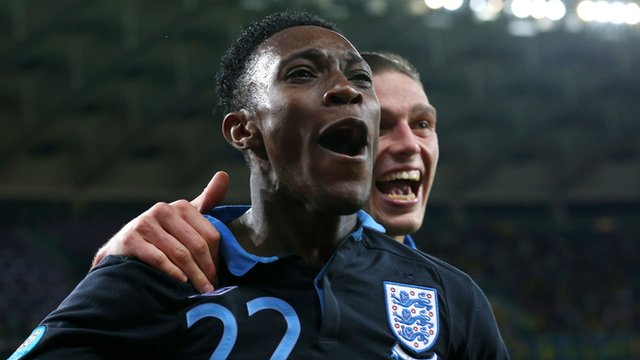 England face Sweden in the second round of Group D matches tonight knowing a win could put them within a point of reaching the knockout stages after their opening draw with the French. Roy Hodgson’s men were fairly cautious in their opener, content to try and contain ‘Les Blues’ and hit them on the break. A more attacking approach is expected tonight with the possibility of Andy Carroll starting up front alongside Danny Welbeck.

Welbeck looked increasingly isolated as the lone striker in Monday’s game and the two could spark up a decent partnership. Carroll will give the Swedish backline a real test with his physical presence, and he can bring the likes of Steven Gerrard, Ashley Young ,and Welbeck to life in the game and vitally, England’s attacks, with some strong hold up play.

As the England skipper Gerrard pointed out at during an England press conference on Thursday; “with respect, Sweden aren’t France.” You sense England know this could be their big chance, three points tonight and destiny will be in their own hands. They will of course face the Ukraine in a cacophonous fever pitch atmosphere next Tuesday needing a positive result but from a group that looked fairly tricky, Roy Hodgson’s men would surely be happy with effectively a one off game to see them through to the last eight.

England have never beaten Sweden in a tournament match though they did enjoy a friendly victory over their Scandinavian rivals back in November last year. The Swedes are expected to bring in Jonas Olsson at centre-back and switch Andreas Granqvist to right-back this evening.

Alex Oxlade Chamberlain would most likely be the man to miss out should England include Carroll in their side, the diminutive Arsenal wide man impressed on Saturday with his lively direct confident play and would still be a terrific option off the bench against potentially tiring Swedish legs.

Zlatan Ibrahimovic once again gave proof if any was needed that he is Sweden’s main man and you feel a nations’ hopes and expectation rest on the enigmatic strikers’ shoulders. If he is in the mood John Terry and Joleon Lescott will have a big test on their hands

Ibrahimovic is usually integral to the Swedes’ chances of success and tonight will be no different. If England can hassle, harry and contain in the midfield-nullifying as much supply as possible to the big front man, they may be able to keep him relatively quiet. Switch off though, or allow him a sight on goal and it could be at huge detriment to English success.

Whilst the rest of his midfield colleagues are perhaps more defensively minded, Ashley Young will relish the prospect of taking on the Swedish full backs. England’s crossing against the French was dire, fourteen of fifteen attempted crosses failed to find a single target, and if Young can provide decent service to England’s front men in amongst his usual bag of pacey trickery then he can help notch up a first group stage win.

A tight contest similar to England’s opener where both sides will be desperate not to suffer a potentially fatal defeat. Fortune will favour the brave though and whilst my heart says another 1-1 draw, my head says England can just about shade it with a more attacking approach and positive changes if required. Interestingly six of the last seven goals Sweden have conceded have been headers and England with the likes of Terry and Lescott could once again be good value from set pieces. I’m going for 2-1 England- Carroll and Welbeck to combine and secure England a crucial three points.