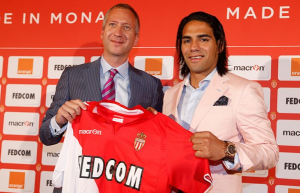 The egalitarian traditions of Ligue 1 will be firmly tested in the coming season, both on and off the pitch.  Long before UEFA conceptualised Financial Fair Play, Ligue 1 was judiciously marshalled by the DNCG (the Direction Nationale du Contrôle de Gestion), who ensure budgets are balanced and wages are in-check.

While this has allowed for a more even playing field than in much of Europe – Ligue 1 has had six different winners in a row – it has also stunted the growth and popularity of the league, as even top clubs are forced to auction their talent to foreign suitors.  In true footballing fashion, a Russian business man and Middle East oil money are about to upset the status quo.

This season will see PSG and AS Monaco, two of the wealthiest clubs in world football, with three of the best strikers and a plethora of heroes from next summer’s World Cup, go toe to toe for the Ligue 1 title.  The mouth waters with the talent that will be on show, and with three weeks to go before the end of the Mercado (the French transfer window), it would be no surprise if there were some more jaw dropping signatures.  This new ‘norm’ only applies to these two clubs, of course. For the others, life in French football is something of a struggle as even Champion’s League qualifiers regularly struggle to hold onto their home-grown talent.

But the drama in French football won’t just be on the pitch this season: erroneous intricate marketing deals to circumvent Financial Fair Play will be investigated; the French government is looking to impose a 75% income tax on footballers; and AS Monaco is under increasing regulatory pressure to move its base to France, at a time when the benefits of being located in a tax haven have never been more advantageous.  It threatens to be one of the most exciting seasons in French football for a while.

The season kicks off with the last two winners, Montpellier and PSG, meeting under the lights at the Stade de la Mosson .  Montpellier’s almost predictable hangover from their unexpected Ligue 1 triumph saw them finishing in 9th position last season, and bottom of their Champions’ League group with just two points.  Having not replaced top scorers Giroud and Belhanda in successive summers, it is difficult to see how they can make progress in the coming season.  Recently appointed journeyman manager Jean Fernandez will need to recapture the magic that saw him lead Auxerre into the Champions League in 2009/10.

In contrast, PSG is unlikely to suffer from a lack of goals.  The heavy recruitment of last summer has been supplemented by the goals of Cavani, the dependability of Digne and the potential of Marquinhos – who at the tender age of 19 has become the 5th most expensive defender in the history of world football.  Neither Cavani nor Marquinhos will be fit enough to start Friday night’s game, but a long season of domestic and European football awaits these prodigious talents.

This of course means that we will be robbed of an early opportunity to see how Ibrahimovic will adapt to playing alongside Cavani.  One hopes that his ego won’t get in the way of team affairs, as it did during his brief stint in the Camp Nou, as this partnership and team have the ability to deliver Ibrahimovic’s first ever Champion’s League medal.

It has to be said that both Ibrahimovic and Cavani can play as out-and-out number 9’s, or as a number 10 for the former or an inside forward for the latter, so it may be that both can be accommodated in different systems.  The man charged with keeping both men happy is Laurent Blanc, who struggled to find the necessary cohesion as national team manager to get the most out of his squad.

His appointment on a one year contract coupled with Leonardo’s departure has underwhelmed fans and he needs to find the right formula early in this season, so that Lucas Moura, Thiago Motta, Pastore, Menez and Lavezzi can supply the ammunition to get their strikers working together.  Champions League expectations will also be high, a distraction that PSG’s rivals from the principality won’t have.

AS Monaco starts the season in Ligue 1 for the first time in three years.  First up is a trip to Bordeaux, who have come off a very respectable season, winning the Coup de France and finishing 7th in the league.  Bordeaux have lost more talent than they have recruited thus far in the transfer window but their distinctive style of tight, defensive football should see them finish comfortably in the top 10 again.  In sharp contrast, AS Monaco has splurged on international class players throughout the spine of their team.

Club captain Eric Abidal and the aging but reliable Ricardo Carvalho will provide experience at the back and the return of former Lyon enforcer and Ligue 1 winner Jeremy Toulalan will bring solidity in midfield.  This will allow Monaco play Claudio Ranieri’s favoured 4-2-3-1 formation.

The recruitment of Falcao dominated the headlines, but bringing in James Rodriguez and Moutinho may end up being the real master stroke.  All three played together at Porto and have winners’ medals from the 2011 Europa Cup Final in Dublin.  Paying big money for talented players isn’t always a formula for success in football, but when the three players in question have a track record, it certainly lessens the risk.  Without the distraction of mid-week football, much will be expected of Ranieri, and it must be noted that he has never won a top flight league in Europe, despite previously having big budgets.

Although Monaco have spent €150m this summer, they don’t have the strength in depth of other teams and injuries to any of the big-name acquisitions could spell the end of their title ambitions.  For Ranieri to survive the season, he almost certainly needs a strong start.

Two of the pretenders for a Champions League place face each other on Saturday evening.  Times have changed drastically for Lyon: they are in the process of financing a new stadium, balancing their books (they are France’s only publicly traded football club) and reducing their £100m plus wage bill.  Further departures are likely before the window closes, with last season’s top scorer Gomis’ exit now inevitable.  If they don’t replace his goals, and if they fail to make the Champions’ League group stages, Lyon’s fall from grace will continue.

Nice stand in their way of collecting three points on the opening day.  Having over achieved last season, Nice have had a very poor pre-season and will be desperate to hang onto the talent behind their success last season, particularly Cvitonich (19 goals) and Bautheac (seven assists).

The two runners up for Europa league places last season, Lille and Lorient, also come head to head on the opening weekend.  Ambitious Lille will be anxious to improve on last year’s 6th place, having finished in a Champion’s League qualification spot the season before.  Rudi Levica has since departed for Roma and René Girard, who performed near-miracles at Montpellier, steps into the hot seat.  He will need to replicate that formula of investing in youth and value-for-money signings in northern France now, having failed to land his ‘dream job’ in England.

Lorient, as with so many French clubs, are financially hamstrung but manager Christian Gourcuff has built a reputation of attacking football with academy players and will be confident of being in the mix for Europa places next season.  An away win on the opening day of the season would be very welcome.

Elsewhere this weekend, the fixtures computer has eerily arranged for six of the sides likely to be facing relegation to face each other.  Nantes and Bastia, Evian and Sochaux, and Rennes and Reims would probably all settle for another season in the top flight, and a victory for any on the opening day will give them confidence that this is possible.  More will be expected from Fabrizio Ravanelli’s Ajaccio, who barely escaped relegation last season, as they have recruited no less than 10 new players.

1,000 miles away, and in less hospitable surrounds than beautiful Corsica, last season’s mid-table clubs Valenciennes and Toulouse square off at the Stade du Hainaut.  There is no real expectation that either of these teams will break out and secure European football, or fall into a relegation fight.  Though Toulouse’s task will become more difficult should Etienne Capoue depart for Tottenham.

Betting exchanges have quite a singular view of how this season will unfold.  The Ligue 1 title is PSG’s to lose, AS Monaco will pick up the second automatic qualification Champion’s League spot and Marseilles will be the third team on the podium.  Comments from the chairmen and managers of the respective clubs indicate that they would all settle for this outcome now.

But history would suggest that football is rarely that straightforward and there are plenty of reasons to expect that this season will be far more unpredictable than punters expect.  We will have a weekly update on Ligue 1 this season on backpagefootball.com, with a mid-week digest that will review all events, be they on or off the pitch.