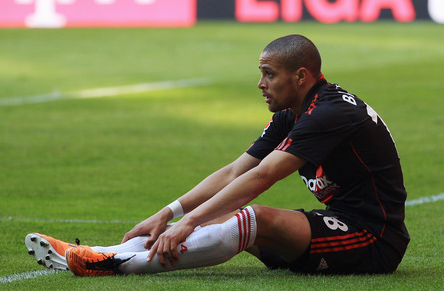 It was another hugely eventful weekend in the Bundesliga, and although there were many exciting matches and stories to tell across the league, this round-up will focus primarily on the fortunes of last season’s top three teams.

The characteristically open and unpredictable German league is not one for inviting a comparison between the Premiership and La Liga for the gap in quality between the teams at the top and bottom. But Bayern München raced to a 7-0 win over Freiburg this weekend, and have made some of the league’s lesser teams look like amateurs in recent weeks. Meanwhile, Bayer Leverkusen eased to a 4-1 win at promoted club Augsburg on Friday night.

It’s been an odd start to the season for last year’s runners-up Leverkusen. With just two goals scored and two conceded in their opening four matches of this season, they appear on the surface to have run a tight defensive ship, and lacked firepower up-front. But results have not quite reflected Leverkusen’s explosive attacking potential, or indeed their serious defensive weaknesses, until this weekend.

The Werkself’s attacking freedom was on show for the first time this season, as they scored four goals and created several openings. The link-up play between the forward players was particularly impressive, as Stefan Kiessling, Sidney Sam and Renato Augusto had excellent games. Kiessling expertly set up Sam to equalise for Leverkusen in the sixth minute after a frantic start, before some fine close control from Renato set up Kiessling to put the visitors 2-1 in front, and two late goals sealed a resounding win.

This was the first time this season that Leverkusen’s menacing and fast attack has been in full flow. In particular, its pace could seriously trouble Chelsea, especially with André Schürrle back in the team having been rested from the starting line-up here. And the Westphalian side might have scored more than four had it not been for the wasteful play of Michael Ballack when in good positions. Probably overeager to impress in just his second appearance of the campaign, he will surely make way for the returning Schürrle on Tuesday.

But just as Leverkusen had looked their usual selves going forward, their stark defensive frailties, somewhat papered over in recent weeks, were exposed again too. The defence was carved open as often as the hosts’, and they were fortunate to just concede one goal. Notably the central defensive partnership of Stefan Reinartz and Omer Toprak has looked far from assured this season, which will be cause for concern when faced with a step-up in class against Chelsea in midweek, although the back-line coped better in the second half as the hosts pushed for an equaliser.

As for Augsburg, they contributed to their own downfall, conceding two goals in the final fifteen minutes as they committed bodies to attack. This tactic may have left them exposed at the back late in the game, but the final two goals were also defensive gifts, Sidney Sam easing through to slot in his second of the match, before Eren Derdiyok capitalised on a static back-line to complete the scoring. The 4-1 scoreline perfectly reflected the gulf in quality between the two teams.

Where Leverkusen were far too good for Augsburg, Bayern München were even more dominant, as they routed SC Freiburg 7-0 on Saturday. Mario Gomez scored four goals, his seventh in two Bundesliga matches. After stuttering through their opening two matches, Bayern look to have found a rhythm and have beaten their opponents, who, like Augsburg, are likely to struggle this season, with embarrassing ease, scoring 15 unreplied goals in three victories over Hamburg, Kaiserslautern and Freiburg. On this form, Bayern look unstoppable for the majority of the teams in the league. Not only have they been superb going forward, but they have already far better balanced under Jupp Heynckes than previous coach Louis van Gaal, with Heynckes indicatively reserving special praise for his holding midfielder Luis Gustavo after the 7-0 win.

Champions Borussia Dortmund fell to a surprise dome defeat. With the results of their rivals in mind, it was a unique paradox that order was restored to the Bundesliga by virtue of a shock home reverse for Dortmund, going down 2-1 to promoted club Hertha Berlin. In a weekend of entertaining matches, this was one of the best.

In an earlier Bundesliga review, I said that Dortmund’s defeat to 1899 Hoffenheim highlighted some problems the German champions will have to overcome this season, and it seems they succumbed to the same problems this weekend too. Markus Babbel’s Hertha cramped the space between the lines of midfield and attack, reducing the impact of the hosts’ creative players, just as 1899 Hoffenheim did. Another similarity between the Schwarzgelben’s defeats is that both were played after an international break. Shinji Kagawa, for instance, having flown thousands of miles during the week, delivered a minor contribution in both matches. Mario Götze was suspended for the match, meaning they lacked further spark. Without Götze and Nuri Sahin, and with Kagawa off form, Dortmund are a far less threatening creative unit, and it will be of great concern to coach Jürgen Klopp how effective the tactics of Hertha and Hoffenheim were against them, and that his side have already been beaten twice this season against teams playing this way.

But Hertha thoroughly deserved the points. Their gameplan was perfectly executed and they could have scored more goals too. The second division champions lie in 8th place after four matches unbeaten.

VfL Wolfsburg won 2-1 against Schalke 04. It was a timely win for the hosts, with increasing media scrutiny not only on their recent performances, but also on their coach’s strict training measures, with Felix Magath reportedly introducing a system of harsh fines for mistakes made in practice sessions.

Also on Sunday, Köln fell to a hugely disappointing home defeat to Nürnberg, with both the visitors’ goals coming from the penalty spot as each side had a player sent off. Hannover 96 suffered their first defeat of the season with a resounding 3-0 defeat to VfB Stuttgart, while Mainz were thrashed 4-0 at home by Hoffenheim. Borussia Mönchengladbach beat Kaiserslautern 1-0 to continue their fine start, with Juan Arango in excellent form. ‘Lautern are still without a win and sit in the bottom two, alongside Hamburger SV, who have one point in five matches after a 2-0 defeat to Werder Bremen.