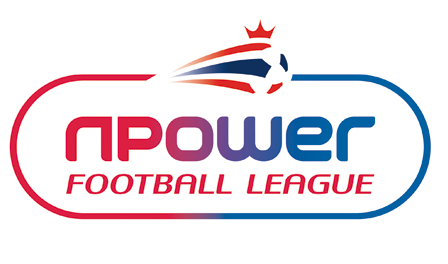 After the last day drama that saw Barnet and Aldershot relegated to the Blue Square Premier, focus shifts back to the top of League Two this week, as Cheltenham, Burton Albion, Northampton and Bradford prepare to fight it out in the play-offs to join Gillingham, Rotherham and Port Vale in promotion to League One.

With all four boasting indifferent away records, any team that can grind out a positive result in their away leg is likely to find themselves walking out at Wembley come the 18th May. Bradford are considered slight favourites by the bookmakers, and their previous Wembley experience in this seasons Capital One Cup could hold them in good stead, but all will fancy their chances in the absence of a standout side amongst them.

Burton Albion finished the season in fourth place, their highest ever league position, and will hope to add to that with promotion to uncharted waters in League One. Bradford have recovered from a mid-season Wembley wobble to clinch the final play-off spot, and will be aiming to finally leave League Two behind, having rarely threatened to do so in recent years of mid table obscurity.

The Brewers will be glad to have the second leg at home, with the Pirelli Stadium boasting the best home record in England, although they will approach Thursdays first leg cautious at the possibility of giving themselves too much to do at home. They have suffered 11 defeats on their travels, including a recent 7-1 mauling at the hands of Port Vale that severely dented their automatic promotion ambitions.

Both sides took the opportunity to rest players for their final league matches, but Bradford will be without Andrew Davies for the first leg of the semi-final, following his red card against Cheltenham. Whilst the centre half is a significant loss, the team recorded a 1-0 victory over Burton without him in their last home match, and will be hoping to be on the front foot in the first leg against a Burton side that are dire on the road. The Bantams also enter the match on the back of a good run of form, which has seen them suffer just one defeat in their last nine matches.

With both league fixtures between the two sides ending in 1-0 victories over 10 men for the home sides, both will know the dual importance of maintaining discipline and getting a lead to defend, and the tie could hinge on the performances of top scorers Nahki Wells, recently linked with Championship side Burnley, and Jacques Maghoma. If the Brewers can return to Staffordshire with a positive result from the first leg then they will be favourites to progress, but this is likely to be a difficult task against the most in form of the play-off teams, and could be a step too far, in what has been a brilliant season for Gary Rowett’s side.

Both sides will need to recover from the disappointment of missing out on automatic promotion, and refocus on the possibility of a Wembley trip. Northampton finished March in third place, before a run of three straight defeats, including against Cheltenham at Whaddon Road, left them firmly in the play-off positions. The Cobblers have recovered somewhat since then, with successive draws followed by a final day victory that condemned Barnet to relegation. Cheltenham went into the final day with a chance of automatic promotion, but must make do with the lottery of the play-offs, hoping to go one better than last year’s Wembley defeat to Crewe.

Goals have been a problem for both sides recently, meaning that this tie could also prove to be a cagey affair. Northampton will hope to have put a recent four game goal drought behind them, having scored four goals in their two games since. January signing Roy O’Donovan has scored in successive matches to relieve some of the pressure on leading scorer Adebayo Akinfenwa. Akinfenwa has struggled for goals recently, but showed encouraging signs as a substitute against Barnet, holding the ball up well to lay on an assist for Luke Guttridge.

The Robins could hold a mental edge having won both League fixtures between the sides, and managed to come from behind to win from 2-0 down at Sixfields in December. However, that was one of only four home defeats for a Northampton side that has only lost one home game since then. As with the other semi-final, both sides have poor away records and outstanding home records, meaning that something has to give. Cheltenham will be the slight favourites amongst the two sides, coming into the match on the back of three successive clean sheets and a better run of recent form, but Northampton will be unfazed by the challenge of the play-offs, boasting an experienced squad, with eight players having experienced the play-offs, including three with experience in multiple campaigns.