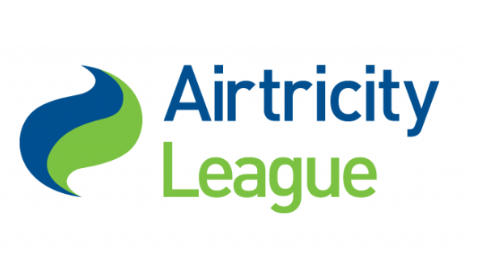 This is my team of the year. I have selected the players on those who had the greatest impact on their team.

This was the easiest of all the decisions I had to make. This season was not a vintage season for goalkeepers in the league but Rogers’ safe and steady style combined with his record of conceding just 19 goals in 28 games meant that he was the obvious choice.

Ger O’Brien is one of the most consistent and reliable presence in Liam Buckley’s swashbuckling Saints side. O’Brien attacks from deep extremely well and his use of the ball is efficient and effective. O’Brien provides a lovely balance the St Patrick’s Athletic side and you can always rely on him to his job defensively.

The inclusion of McGuinness was another easy choice. The Sligo centre half is a near certainty for the player of the year award and was immense as Sligo won the League for the first time in 35 years. McGuinness is simply an extremely good defender, his positional sense and tactical awareness are of the highest standard.

McGuinness is also a threat from attacking set pieces and he has popped up with some important late goals for Sligo this season.

Peers is as responsible for Sligo’s success this season as his more lauded centre half partner Jason McGuinness. Peers is a rugged centre half whose aggressive attacking approach to defending was particularly impressive this year.

The best thing you can say about Gavin Peers is that he is an 8/10 performer every week. This level of consistency at the top of the league is of huge importance.

Carroll has being the one of the outstanding young talents in the league. Liam Buckley has been using the athletic player in midfield lately but I feel Carroll has excelled more often in his left back role this season.

Carroll is big and powerful which allows him to get up and down the flank with ease. He is composed on the ball and rarely if ever gives the ball away. A big future beckons for this young player.

Forrester is one of the most enjoyable players to watch in this league. Forrester plays with his head up and with a level of intelligence that belies his tender years.

His chip goal against Shamrock Rovers was one of the moments of this season. He electrified Richmond Park on many occasions this season and it is no surprise to hear that Aston Villa and Brighton have been looking at the young Dubliner.

O’Connor is one player who has benefited greatly from playing his football at a club who place such great importance on retention of the ball and tactical awareness.

O’Connor’s distribution is of the highest quality and he possess a rare quality in midfielder’s now days – he rarely ever gives the ball away. O’Connor understands the natural transitions in the game and his positional sense means that he often sweeps up danger. His football intelligence clinches his place in my team of the year.

Ronan Finn has been the best midfielder in the league for the last two years. Finn last season was the stand out performer in a poor season for the Tallaght club.

Finn possesses all the qualities required in the modern footballer. He has a great engine and deceiving pace which enables him to bomb on and fill back in with ease.  Finn is a fine passer of the ball and so much of Rovers’ good work went through him this season.

It is no surprise that he is being heavily linked with numerous championship clubs. Finn has the talent to go to the top of the game.

Chambers is one of the most underrated players in the league. He performs consistently well and has been central to a lot St Patrick’s success this season.

Chambers goes about his business and does a lot of the dirty work in midfield. He provides Pats with a solid spine and deserves his place after an outstanding season.

When James McClean left Derry City for Sunderland, then manager Stephen Kenny predicted that Stephen McLaughlin was more than good enough to plug that huge gap. The skilful winger has been one of the huge success stories for Derry City this season.  His form this year has only heightened speculation that McLaughlin may be destined to join McClean someday in the Premiership

This was the hardest decision to make. I desperately wanted Mark Quigley in but in the end the outstanding success of Drogheda and Fabio O’Brien’s role in it was so great that I opted for him.

O’Brien was outstanding all season for Drogheda and his goals ensured that the Drogs had a season to remember. In an era where the word legend is over used, Fabio O’Brien truly is a Drogheda legend.