As the annual round of League of Ireland licenses were confirmed this week, it was a stark reminder of the geographic spread of senior football in Ireland that the second, third and fourth largest cities in the Republic will have no representation in the Premier Division. That’s not to take anything away from the fine football institutions in Sligo, Dundalk, Drogheda or Longford, but the furthest south any team will be traveling is down to the RSC Waterford, the sole Munster venue in the top tier. Nobody will be crossing the Shannon to Galway, barely a tyre will meet the M7 or M8 to Limerick and Cork. 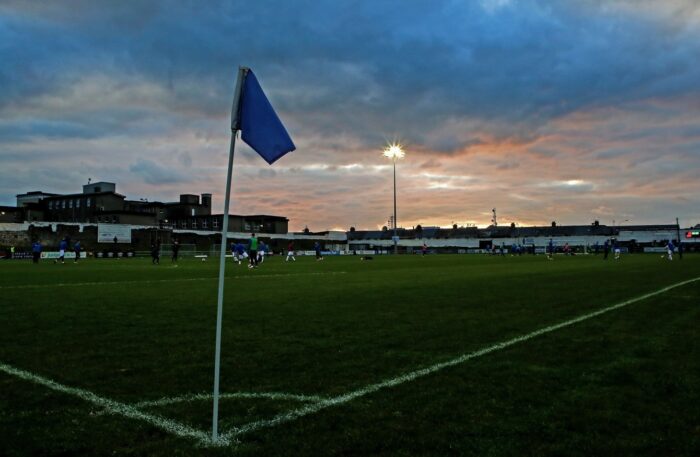 With Cork City’s relegation to the First Division, they’ll be joining neighbours Cobh, Galway City and – for the first time in two seasons – Limerick will be hitting the field as a new entity, Treaty United.

For a city steeped in sporting history, the lack of a high-profile senior men’s side left a gaping hole in the county’s sporting landscape. Munster rugby have always had pride of place in the city, with Thomond Park a dominant structure on the city’s skyline. Although they haven’t reached the highs of the noughties, the team is still treasured across the county and region, while the sport has a stranglehold in its strong school’s rugby scene and competitive club arena.

The GAA has always had a strong presence in the city and county, however with two All-Ireland Senior Hurling championships in three years and household names aplenty in its team, hurling has arguably taken over sufficiently enough for Limerick to be regarded as a hurling county after years of rugby taking ownership of that mantle. Indeed, the city’s largest club, Na Piarsaigh, won the All-Ireland Senior Club title in 2016 and is one of the strongest clubs in all of Munster, to illustrate just how competitive sport is in the area.

With success reeling in GAA circles and Munster rugby an ever-present, football has always had trouble competing, now more than ever given the huge impact of the small ball in recent years. But for an area that has struggled to establish a consistent, competitive senior football presence, it actually has one of the best junior football scenes in the country. Clubs like Pike Rovers and Janesboro are regularly at the top end of the FAI Junior Cup competition, where all amateur clubs in the country compete against each other in a knockout competition. Current champions Fairview Rangers have won the competition nine times in its history, a tournament record, so depending on who you speak to football – and not hurling or rugby – would be regarded as the sport with the healthiest and deepest roots across the city.

So why has a senior team failed to grasp that bedrock of football and convert it into a successful League of Ireland side? With so many iterations of a senior club entity over the years, financial difficulties – which has felled organisations all over the country, not just in Limerick – ownership struggles and an inconsistency off the field which has often translated to even more consistency on it have all exacerbated Limerick’s failure to establish itself long-term in the consciousness of the county’s sports fans.

It’s conceivable to suggest that a healthy football club with its finances in order could grasp a large portion of sports fans in the region. But having been stung numerous times over the recent past, the new entity will have to prove itself first.

Given the financial frailties of the past decade and more, why commit yourself to an organistation that could go into administration at any moment when many local amateur clubs are well ran and competitive week in and week out? Why bother with football, when Limerick hurling are proving to be the best team in the country or Munster rugby have reams of history and some of the best players in the nation?

Those are all questions Limerick’s latest football entity to be awarded a license into the league, Treaty United, will be asking themselves. Following the liquidation of Limerick FC in 2020 which denied the club a license last season, ending an eleven-year run in the leagues since their title changed from Limerick 37 to Limerick FC back in 2009, an opening has presented itself for a new instalment of League of Ireland football in the city.

After deep financial difficulties back in 2009, John O’Sullivan came on board to provide some injection of funds and rescue the club. Over the course of his ownership Limerick won two First Division titles and although they had some decent moments in the top division, including a mid-table finish as recently as 2018, the club was fraught with financial problems, ultimately being liquidated in early 2020 with debts of over €400k. Although O’Sullivan was reportedly open to selling the club, nothing materialised over the years and the club which has existed in various guises since 1937, winning two Premier League titles and competing on the European stage on six occasions, was no more.

Despite the problems off the field, Limerick has a strong cohort of fans with tentacles reaching far and wide in the region given the scarcity of senior football in the mid-west. The Markets Field was often packed for Premier Division games, whilst promotion/relegation play-offs with Finn Harps attracted bumper crowds. It is with this in mind that a new club, hopefully without the problems of its predecessors, could take full advantage.

Treaty United steps into the unenviable position of keeping senior football afloat in an ultra-competitive sports-loving county. But their presence alone is a start and the awarding of a license into the First Division this week is a huge stride in the right direction. With a fine venue in the Markets Field to avail of and the establishment already of a team in the Women’s National League, the seeds of growth are sprouting for a club who can once-and-for-all establish itself as a key cog in Limerick’s sporting machine.

Once fans are allowed to safely return to grounds, expect them to take to Treaty United and fill the Markets Field at the first available opportunity. Starting a football club amidst a worldwide pandemic in front of empty stands seems insane, but with light at the end of the tunnel in both regards – the bright lights of League of Ireland football could be back better than ever in Limerick city.