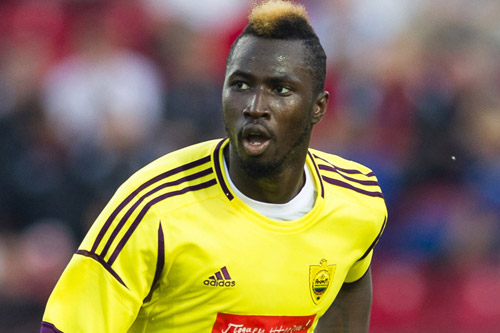 Sam Allardyce has been here before.

Currently, 20 games into this season, West Ham are three points off safety in 19th place.

In truth, this situation can only improve: the Hammers’ three best players – Winston Reid, Ravel Morrison and Andy Carroll – are due to return to first-team action imminently.

Since Reid’s ankle injury at the beginning of November, West Ham have conceded 22 goals in the league; before it, they had recorded six clean sheets in 10 league games.

Morrison, meanwhile, has been the Hammers’ midfield spark and, ahead of the terribly disappointing Kevin Nolan, is West Ham’s joint-top scorer in the league with three goals.

Up front, Carroll may not guarantee a prolific return – having netted seven goals in 24 league games for West Ham last season – but that would overlook the Englishman’s overall contribution.

Without him, captain Nolan has looked directionless; cross favouring wingers like Stewart Downing and Matt Jarvis have proved ineffective; and undue pressure has been placed on West Ham’s defensive foundations, with no forward outlet for long balls.

However, West Ham are wary of the eerily similar precedent of Dean Ashton.

In 2006, Ashton was a strong, proven striker set to hit the peak of his career – having already been capped for England.

Then, came the dreaded niggles and lay-offs after the first serious injury of his career: a broken ankle suffered on international duty.

Ashton never fully recovered – amid being rushed back for near-endless relegation six pointers – and would make just 40 appearances for West Ham United in the following 40 months.

A heartbreaking retirement at just 26 years of age followed and Ashton has, unsurprisingly, fallen out of love with football after endless rehabilitation and crushed optimism.

Perhaps, then, the patience and sophistication – with a personal fitness program in Amsterdam – surrounding Andy Carroll’s recovery from his delicate heel injury should be of little surprise.

So, amid yet more photographs emerging of Carroll partaking in light training with the first-team, it is little surprise that Allardyce has looked at Lacina Traoré as a temporary solution.

After all, Modibo Maiga has proved ineffective in leading the line; Mladen Petrić has left the club; and Carlton Cole is still regaining his match fitness.

The towering Traoré, on the other hand, looks the perfect man to step up.

Just 23, Traore has already proven himself in three different leagues – in the Côte d’Ivoire, Russia and Romania – and is the heir apparent to Didier Drogba after the 2014 World Cup.

Also, the 6ft 8in striker is far from a clumsy rookie – armed with a deft touch and immense link-up play – and is the much-needed short-term option Allardyce desperately requires.

Of course, the pressure will be on the Ivorian to immediately hit the ground running and although match fit, he has hit just one goal in seven games for a struggling Anzhi side this season.

Yet, for Allardyce, it is a gamble that must be taken: West Ham’s survival depends on it.

2 thoughts on “Lacina Traoré: A potential catalyst for West Ham”