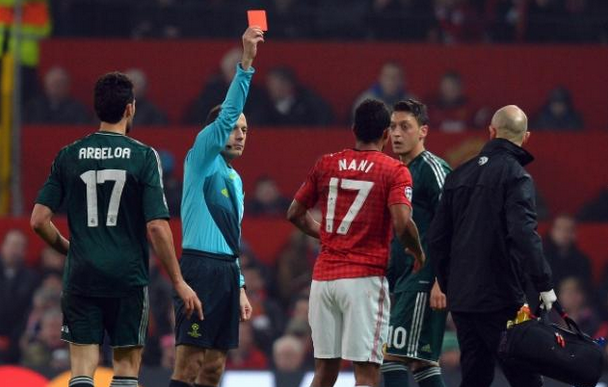 As the draft of icy breeze gives way to the first buds of March, it seems that it’s not only the frozen Spanish terrain that’s receiving a warming spritz of new life. Only a few weeks ago Madrid – despite not actually losing too often – looked to be a team on the cusp of calamity with strong medicine seen as the only solution to ward away that downfall.

As is often the case with these things the remedy may kill the patient, but thousands fans and media types grumbled to the point of outrage, this was viewed the only solution to the Portuguese Pox that was slowly draining the life out of the capitals lily-whites.

And if things couldn’t get any worse those pesky Catalans with their beautifully relentless – relentlessly beautiful – quadratics of tiki-taka were still busy sapping the mental and physical energy of any number of opponents employing more verve than Richard Ashcroft, more pretty geometrics than a Mondrian and a rapacious cut and thrust to shame a mouseketeer.

But that was a month ago.

Today the league position hasn’t altered; Barcelona continue to be untouchable (practically if not mathematically) but that tough glossy enamel sheen seems to have dulled. Two losses to Real Madrid, one in the cup and one in the league, have exposed the Barcelona giants as mortals, whilst the loss to Milan’s collection of alarmingly ill advised hair-cuts may have put pay to their European pretensions.

Over in Madrid – the re-nascent Ying to Els Cules effervescent Yang – a corner seems has been turned. Those wins over the old enemy seemed to have both healed old wounds and sparked a revival which, with the aid of some dubious refereeing and Snr. Arbeloa’s dying swan, saw Madrid storm into the last eight of the Champions league at the expense of Manchester United. Whether they’ll get beyond this point in the competition, patch-up the internal bickering that both signalled and underscored the initial decline, and whether the Portuguese will be able to resist the rouble laden overtures from west London at seasons end remains unknown. What we do know is that a kick up the posterior, an holistic view – rather than Real Madrid’s almost proprietary knee-jerk reaction – and things suddenly look a little rosier. Add to that the four game ban served up to Barca’s keeper Victor Valdes for his Royston Keane style rant at the referee during last Saturday’s ‘Classic’ and you could suggest that the Bernabeu might even be a fun place to be. Don’t worry, that won’t last.

The rest of the footballing weekend ahead is as rich and textured as the Spanish landscape with Betis and Osasuna getting us underway on Friday night. The men from Pamplona are sniffing safety after a handy run, whilst the Andalucians are themselves following their Europa League noses like a porker chasing the scent of a truffle – a profusion of whiffs that might yet see them both drenched in the insipid perfume of mid table respectability.

The Saturday afternoon siesta spot features a homer for Rayo when they prepare themselves for Espanyol. A tough call this one, but I’d probably go for an away win as Rayo juggernaut seems to be having some clutch problems whilst the new super lube that Espanyol have just started using is giving them a rude number of kilometres to the litre.

Valladolid then host Malaga. The purple hued ones from Castille can be a tough nut to crack at home whilst Malaga’s form away from their own vegetable patch has been pretty good. That said, the latter have a winnable date with Porto in the Champions League on Wednesday and may just rest a couple of the more tired yet trusted legs.

Saturday’s late fixtures pit Mallorca and Sevilla – away win, we fear for the islanders immediate La Liga future – after which top of the league Barça welcome buried but not yet dead Depor. Go on, have a wild guess.

Sundays calendar sees Athletic confront Valencia to The Cathedral for the final time. The Basque’s still need the points whilst Champions league chasing denizens of the financially moribund med port would probably fancy their chances.

Levante; still in Europe, well run, playing nice football and solvent – the reverse of their big spending cross town rivals then face Getafe. The home team have had plenty of nice things said about them by the media, Getafe very little, but they should have. Cup Finals have been fought, FC Bayern von Munchen were scared stupid and they play well in an amply sized, well apportioned stadium. Okay, they have ‘issues’ but which La Liga team doesn’t? And now they’re aiming for a Europa League spot and, as this column mentioned last week, have form.

Celta then welcome the returning conquerors of Manchester. This may seem an entirely straight forward away win but the recent Copa Del Rey game in Galicia saw our celeste-azules beat the Blancos. And what’s the point of watching football if you knew every result in advance. Eh? Eh?

In the biggest game of the weekend, Atleti stand up to the young pretenders from San Sebastian, when La Real cruise into Madrid. Atleti need a win here against a team who have both cause and reason to believe that their time has come.