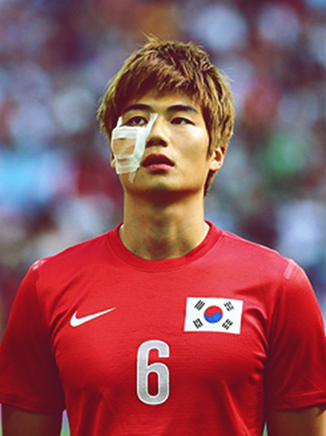 With the somewhat low-key Premier League departure of Manchester United’s Shinji Kagawa, wildly celebrated around the rest of the world under the banner ‘Free Shinji,’ there are now just four Asian players on the books of Premier League teams.

Of the four, Ki Sung-Yueng is undoubtedly the leader in terms of performances and current ability; Ryo Miyaichi of Arsenal is on another loan deal in Holland at Fc Twente; South Korea’s left-back Yun Suk-Young is yet to play a game for QPR this term; Maya Yoshida of Southampton is the only one whom may even be mentioned as a contender for the title of best Asian player in the Premier League. However as a defender who churns out solid if predictably unspectacular performances each week for Southampton it is not quite a fair nor accurate comparison.

After a difficult first season at Swansea City AFC following his move from Glasgow Celtic in 2012, Ki found his feet in the post-Di Canio regime of Gus Poyet’s Sunderland. Ki played an integral part in Poyet’s passing philosophy, which led Sunderland to the miraculous escape from the curse of bottom at Christmas, only the second team to achieve this after West Brom in the 2004-2005 under Bryan Robson’s tutelage.

Ki’s role as a deep-lying midfielder provided the focal point in Poyet’s possession-based style of football. The 25 year-old Korean’s calmness and discipline in possession, and also without it, are what saw him displace former club captain Lee Cattermole for the majority of the season. It is perhaps this discipline that in a relegation dogfight brought about the decision to play Ki ahead of Cattermole; Ki’s zero red cards in his career are an endorsement of it whereas Cattermole’s seven is why they call him ‘Clattermole.’

Although in these terms Ki can be seen as a reliable disciplinarian for any team, he has not always been the model football representative at international level. In 2011 in the semi-final of Asian Cup against national rivals and neighbours Japan, Ki pulled a monkey face and performed a monkey gesture after scoring a penalty in a game that Korea would eventually lose on penalties. This lewd unacceptable act can perhaps be recognised as more of a reflection of the continual misgivings between the two nations after the history of Japanese colonisation of Korea, rather than a direct breach in Ki’s usually good behaviour on the football pitch.

This 2011 act notwithstanding Ki’s discipline and performances for Poyet meant that the Sunderland manager was keen to sign Ki permanently in the summer. But, Poyet recently acknowledged the fact that his club were priced out of a move for Ki when Swansea wanted £10 million for a player who’s current was running down into its final year.

So Ki, now back at parent club Swansea has been able to retain his Sunderland form of last season that earned him many plaudits. Ki even opened the 2014/15 Premier League season goal-scoring charts with his 28th minute slotted shot that silenced an opening day optimistic Old Trafford. The goal not only symbolised Ki’s post-loan improvement, but was also his long overdue, as he admitted himself in the post-match interview, first goal for Swansea.

Finding himself unmarked on the edge of the box, Ki angled his body to strike the ball with his less preferred left foot what was in the end more of a controlled pass of the ball into the bottom corner past the despairing David De Gea.

The goal was representative of the growing composure that Ki has when it comes to striking and controlling the ball. The side footed controlled ‘pass’ into the net was reminiscent of how Ki’s Premier League hero finishes from the edge of the area. The nickname “Kirrard” is an illustration of the love and admiration he has for the English Premier League, and especially current Liverpool captain Steven Gerrard.

In adding goals to his game Ki can hope to replicate his hero’s Premier League career, and in the short-term help Swansea continue their good start to the campaign. His position in the team, alongside the ever-improving Jonjo Shelvey, provides great stability in another of the Premier League’s possession based passing teams. Indeed Swansea were ranked second only behind eventual champions Manchester City in passes completed during the 2013/14 season. Swansea completed 1,968 passes, and had an average possession of 57.3%, third in the league last season.

Ki’s skill sets appear to be a perfect match for the type of football played at Swansea. The South Korean international, capped 63 times, provides the passing link between defence and attack: the defensive shield for the centre backs and the passing funnel for the more attack-minded players of the team. Ki’s passing accuracy for the first three games of the season is a high 89%. His composure on the ball, sharp turn of pace and eye for a pass has seen him excel in a Swansea team that held the joint the lead going into the September international break.

Ross Davis is currently an English teacher living in South Korea looking to make inroads into the football writing domain. He is a keen follower of the local K-League Classic and any world football he can push the boundaries of sleep deprivation enough to watch. He has written some K-League pieces for www.kleaguefootball.com and posts regular updates on twitter.