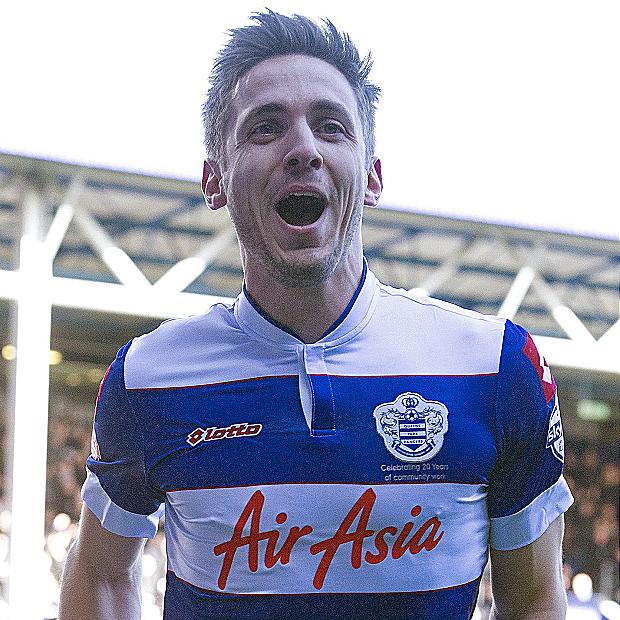 Despite a record £130 million being spent by Premier League clubs in this year’s January transfer window, it was all something of an anti-climax.

This was particularly evident on the final day, when touted deals for Yevhen Konoplyanka, Fernando and Eliaquim Mangala never materialised.

Indeed, apart from Juan Mata’s move to Manchester United, the window as a whole was dominated by measured and fairly predictable purchases or loans.

The halcyon window of 2011 – when Fernando Torres, David Luiz, Andy Carroll, Luis Suárez, Edin Džeko, and Darren Bent all surprisingly made big-money moves mid-season– was not to be rivalled.

Perhaps, then, it was a fitting window for the understated Kevin Doyle to make, arguably, the most crucial move of his career after joining QPR on a six-month loan.

This may seem an overstatement – given how Doyle departed Cork City for the uncertainty of Reading in 2005 and made a club record £6.5 million transfer to Wolves in 2009 – but the past couple of years have been a nightmare for Doyle.

Since Mick McCarthy’s sacking at Molineux on 12 February 2012, the 30-year-old has scored just 14 goals for Wolves – having started 69 out of 85 games under four different managers.

Admittedly, Doyle has been known more for his harrying, channel operation and selflessness, but this is a striker who previously hit 33 goals in three Premier League seasons.

A long-touted move to Celtic – and with it the chance to join John O’Shea, Darren O’Dea, Aiden McGeady, Anthony Stokes and Robbie Keane as Ireland’s only current international footballers to have played Champions League football – never materialised in this period.

This was far from an unrealistic dream for Doyle – a forward who was tangibly linked with a £12 transfer to Juventus and Arsenal just four seasons ago.

Moving to Wolves in 2008 seemed the perfect chance to eventually achieve just that but following a chaotic two years, Doyle is in dire need of stability.

This may seemed a curious statement for a player whose mentality or commitment has never been in question.

After all, Doyle played in a six-pointer for Reading against Wigan on 26 April 2008 – just minutes after discovering that his beloved cousin, Lorraine, and her two children were unlawfully killed in a house fire in Wexford.

However, from a scarring knee ligament injury in March 2012 to unthinkably being discarded by Giovanni Trapattoni 12 months later, Doyle has struggled.

The blonde tips remain, as does the energy and chase, but there has been a haunted look to Doyle as he has wandered around the pitch of late.

As one of Wolves’ highest earning players, Doyle was left in a purgatory-like state: only a Premier League club would be able to afford to pay his wages.

Given how Doyle had not set League One alight, that seemed incredibly unlikely ahead of January.

Yet, an unexpected opportunity presented itself at QPR: a club with a higher wage bill than many Premier League clubs.

Remarkably, despite Harry Redknapp having eight first-team strikers, it is a logical move for both parties.

Firstly, having scored on his debut against Burnley, Doyle will get the chance to impress with Charlie Austin’s recent shoulder injury.

Also, under the acclaimed man management of Redknapp, Doyle will start enjoying his football again.

Thus, if Doyle does impress and fires the R’s to likely promotion, QPR are sure to look to buy out the final year of Doyle’s contract at Wolves.

This could be perfect timing ahead of a new era of Irish football under Martin O’Neill and Roy Keane, with the Euro 2016 qualifiers kicking off in September.

Doyle will be 31 by then, but could well be back where he once belonged: the Premier League.

Check out our other Deadline Day winners and losers here.