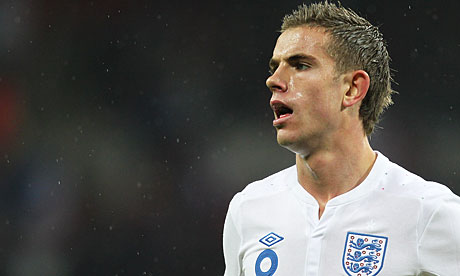 Of the three expensive – see: overpriced – Englishmen brought in by Kenny Dalglish, gone are Andy Carroll and Stewart Downing. Of this North Eastern triumvirate, it is the boy from Sunderland who remains.

Many balked at the fee when Liverpool paid £16m – potentially rising to £20m – for the then 20-year-old midfielder, who had impressed enough for the Black Cats to win an England cap, but not quite enough for such an amount to be justified.

After a disappointing first season at Anfield, where he was arguably both misused and overused by Dalglish, said transfer fee became a bit of a stick to beat him with, and he endured criticism from pundits and fans – his own and those of other clubs – alike.

While it is evident he is not the heir apparent to Steven Gerrard’s throne that many hoped, under Brendan Rodgers last term he did show signs of the ability that saw him included in Roy Hodgson’s Euro 2012 squad (again, a decision that perhaps lacked some justification).

Rodgers was very clever in his use of young players last season, seemingly to know the right time to give the likes of Sterling and Suso et al a run in the team, and when to rest them, and Henderson was no exception. You could see his confidence grow as he learned to fit into Liverpool’s system, and while he played fewer games than in his first season, he was much more effective.

It’s difficult, when looking at Liverpool’s midfielders, to qualify what exactly Henderson’s role is. Joe Allen is the passer; Lucas the tackler and harrier; Steven Gerrard the, well, Steven Gerrard.

Henderson is unlikely to have the consistent 90%+ pass rate of the Welshman, nor win as many balls as the Brazilian or produce game changing moments like his captain. This is, perhaps, why he has gone from being ‘overhyped’ to ‘underrated’.

He is a tidy passer of the ball, he is solid – and improving – on the defensive side of the game, and he has looked like more of an attacking threat under Rodgers. He is versatile enough to perform a number of roles within a three-man midfield, and capable of playing slightly more advanced as well. There is also, of course, his stamina: few can match Henderson’s engine, which is increasingly important as Gerrard ages and his ability to storm all over the pitch lessens.

Given Hodgson took him to the Euros – albeit as a replacement – it is a little strange that he does not appear to be in the picture for England at the moment. While he wouldn’t start ahead of, say, Gerrard or Jack Wilshere, surely he deserves a place in the squad for an important World Cup qualifier ahead of the likes Ross Barkley and even Tom Cleverley.

This is likely to be a big year for Henderson, as he continues to cement his place in the side, Liverpool’s sights set on a European place – although 4th does seem out-of-reach – and the small matter of the World Cup at the end of it all.

If he keeps on progressing the way he is, he won’t be the last man standing. He’ll be sitting on the plane to Rio.

2 thoughts on “Jordan Henderson: from overhyped to underrated”