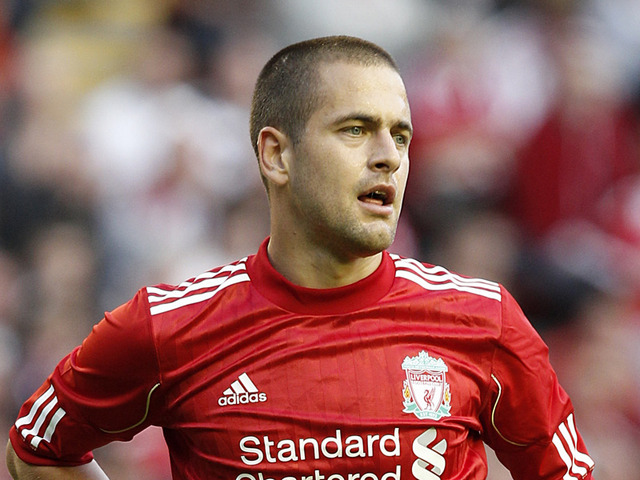 This was the verdict of former Chelsea manager Carlo Ancelotti after an inspired performance from Joe Cole against Blackburn Rovers on 10 October, 2010 – his first Premier League start after ten months out with a knee injury. A child prodigy at West Ham, Cole was dubbed the heir to Paul Gascoigne as England’s new number ten but even though he won numerous club honours at Chelsea, Cole never fully lived up to his early promise and finds his career at a crossroads – at 29 years of age.

At the ‘Academy of Football’, West Ham have produced several high-profile England internationals from Bobby Moore, Geoff Hurst and Martin Peters to Trevor Brooking, Rio Ferdinand and Frank Lampard. Coming from the same production line, and under the guidance of long-serving Academy Director Tony Carr, Cole was well aware of the tradition and history of the Hammers. Despite being dubbed a wonderkid by the media from an early age, Cole devoted his life to football and unlike some young modern footballers, he shied away from the limelight and instead spent his free time with his family in London. Cole’s incredible potential at just 17 years of age, as well as his application in training, were rewarded by Harry Redknapp with a debut in a twenty minute cameo in the FA Cup 3rd round tie against Swansea on 2 January, 1999. He went on to make a further 9 appearances in all competitions that season. However, despite his promotion to the first-team, Cole still had a huge part to play in the youth team and in 1999, Cole, along with Michael Carrick, inspired the Hammers to a 9-0 aggregate win over Coventry City in the FA Youth Cup final in 1999. It was the first medal of his career.

In the 1999/2000 season, Cole became a regular in the West Ham first-team. He started 19 of the 30 games he appeared in, helping West Ham to an admirable 9th place finish, and netted the first goal of his career in the 5-4 epic victory over Bradford City on 12 February, 2000. Cole thrived in Redknapp’s squad, which was a hybrid of experience (Paolo Di Canio, Steve Lomas and Igor Stimac) and youth (Lampard, Ferdinand and Carrick). Redknapp gave Cole a free role as an attacking midfielder and after a string of dazzling displays in the number ten position, there were calls from the media for him to be called up to Kevin Keegan’s England squad. Despite Cole’s tender age, he was called up to the squad for the crucial World Cup qualifier against Germany in August but did not play. However, Cole’s chance did come under Sven-Goran Eriksson, in a friendly against Mexico in 2001, and he was included in the 2002 World Cup squad, where he made one appearance.

Cole continued to grow in stature at West Ham and from 2001-2003, he made 129 appearances – scoring 11 goals. Cole was even made club captain, at just 21 years of age, after Paolo Di Canio fell out with manager Glenn Roader in 2003. However, despite some inspired performances and West Ham’s 42 points, Cole failed to prevent the Hammers from being relegated under caretaker manager Sir Trevor Brooking. With the Roman Abramovich era underway at fierce club rivals Chelsea, a £6.6 million offer proved too good to turn down for financially-threatened West Ham. However, unlike when Frank Lampard left the club in 2001, the fans gave Cole their blessing. Lampard left West Ham an unpopular figure after criticising the Hammers fans who believed that at times, Lampard was picked based purely on his relation to manager Harry Redknapp and his assistant Frank Lampard Sr. rather than on form. It has led to Lampard Jr. becoming one of the most vilified visitors to Upton Park whereas Cole has always been applauded.

Despite making 50 appearances under Claudio Ranieri in the 2003/2004 season, Cole found himself being played in the unfamiliar position of left midfielder and even then, was behind Damien Duff in the pecking order – leading to the Englishman appearing mainly from the bench. Although Cole was still included in England’s Euro 2004 squad, he did not make an appearance. The arrival of José  Mourinho in the summer of 2004, along with Ranieri’s final signing of Arjen Robben, meant that Cole found even fewer opportunities with Mourinho preferring the partnership of Duff and Robben. Finding it difficult to make a notable impact from the substitutes’ bench, the first memorable moment of Cole’s first fifteen months at Chelsea came in his winning goal against Liverpool on 16 October, but Mourinho publicly criticised Cole after the match:

I think he has two faces – one beautiful and one that I don’t like. He must keep one of them and change the other one.

From this, Mourinho wanted to mould Cole into an all round player – who would use his endless energy for tracking back and would adapt his game to play on either flank. Cole remained confined to cameo appearances until Robben’s metatarsal injury in February 2005. Displaying newfound energy, determination and hunger, Cole’s improved attitude was evident in a brilliant goal against Norwich – when he surged past two heavy challenges to score. It was again witnessed against Bayern Munich in the Champions League quarter final when Chelsea were drawing 1-1 and leading 5-3 on aggregate. In the 80th minute, it seemed Cole would run down the clock by keeping a loose pass in the corner but instead, he showed remarkable energy to sprint to the edge of the box and pick out Didier Drogba for what proved to be a crucial goal in a 6-5 aggregate victory (after Bayern later netted two goals in stoppage time). Cole, now a reformed winger, finished the season with 9 goals and a Premier League medal – the first major medal of his career (after Chelsea’s League Cup victory against Liverpool in February 2005).

Despite the arrival of Shaun Wright Phillips and the return of Duff from injury, Cole maintained a regular place in the starting XI as Chelsea retained their title in 2005/2006. His consistent form led to a new four-year deal, a place in the PFA team of the season and a starting berth for England in the 2006 World Cup. Cole enjoyed the best season of his professional career and this brilliance was epitomised in two goals: the first was against Manchester United in May, when he danced past a tight triangle of three defenders before rifling the ball into the top right-hand corner; and the second was against Sweden at the World Cup, when he chested a headed Swedish clearance and hit a first-time volley from 35 yards. At just 24 years of age, it seemed Cole would fulfil his potential and it looked like his £6.6 million transfer fee was one of the bargains of the Premier League era.

Injuries have disrupted the careers of many of the modern greats from Gascoigne to Ronaldo and unfortunately, they occurred in pivotal periods in Cole’s career. Having never had any major injuries in his career up to 2006, Cole could never have been accused of being injury prone. However, he had played a whopping 65 matches for club and country in 2006, the highest amount of games he had ever played in a single season, and suffered a stress fracture in his foot in pre-season which, after delayed surgery in November, ruled him out of action until April. It was a loss in momentum for Cole and he struggled for fitness and form when he returned in April, as was seen in him being substituted at half time in the FA Cup final against Manchester United in 2007. However, a successful pre-season in 2007 and some mature and influential displays in Chelsea’s march to the League Cup and Champions League finals suggested that Cole’s career was firmly back on track.

With Cole having already had three different managers in his five years at Chelsea, a fourth arrived when Luiz Felipe Scolari took over at the beginning of the 2008/2009 season. For the first time in his career at Chelsea, Cole was played in his natural position of number ten, just off Nicolas Anelka. However, Scolari’s diamond formation did not last due to a lack of width and Cole was switched to what had become his left wing position (after overseeing the departures of Duff and Robben in 2006 and 2007 respectively). While he was now an undisputed starter at Chelsea and had become their main creative outlet, Cole suffered a ruptured anterior cruciate ligament in the FA Cup 3rd round replay against Southend in January 2009. It led to Cole missing the rest of the season and the beginning of the 2010/2011 campaign. Crucially, he also missed out on Guus Hiddink’s remarkable four month spell at Chelsea; Hiddink dramatically revived the fortunes of players who had lost some of their hunger and career momentum: such as Florent Malouda, Didier Drogba and Branislav Ivanovic. Then, aged 27, Cole battled back and returned to the Chelsea starting line up as captain against QPR in a Carling Cup match on 23 September, 2009. With Ancelotti switching between a diamond 4-4-2 and ‘Mourinho’s 4-3-3’, Cole was in and out of the team but he did play a significant role in Chelsea’s title victory – particularly his goal at Old Trafford on 3 April, 2010. It was a goal symbolic of Cole’s brilliant technique as he back heeled a low cross from Florent Malouda to put Chelsea 1-0 up and the goal drew comparisons with Gianfranco Zola’s volleyed back heel against Norwich in 2002. Whilst collecting the third FA Cup medal of his career, doubts remained about Cole’s future as he had entered the final month of his contract. With Roman Abramovich keen for Academy prospects to prosper, wage rises and lengthy contract extensions for mature players were prohibited. It led to Cole, Michael Ballack, Juliano Belletti and Deco being released on free transfers, while Ricardo Carvalho was sold to Real Madrid.

Cole dismissed rumours about his future as he joined up with the England World Cup squad but made just 2 appearances – despite a player revolt against Fabio Capello by the likes of John Terry, who wanted Cole to be played off Wayne Rooney up front. Despite having a quiet World Cup, Cole had a host of offers and opted to join Liverpool, who awarded him a four-year contract. With the number ten shirt and the full backing of manager Roy Hodgson, Liverpool seemed the perfect environment for Cole. However, his over eagerness to impress, something that José  Mourinho had once criticised Cole for not doing enough, led to Cole being sent off against Arsenal after a two-footed tackle on Laurent Koscielny on 45 minutes. It epitomised Cole’s season at Liverpool, with a lot of endeavour but no real consistency – which was not aided by Kenny Dalglish’s return to the club, when he only used Cole sparingly from the bench.

Now, at 29 years of age, Joe Cole is facing an uncertain future at Liverpool. While he did fight off incredible competition for a position at Chelsea and battled back from two serious injuries, it seems that Cole’s days as one of England’s great geniuses are coming to an end.