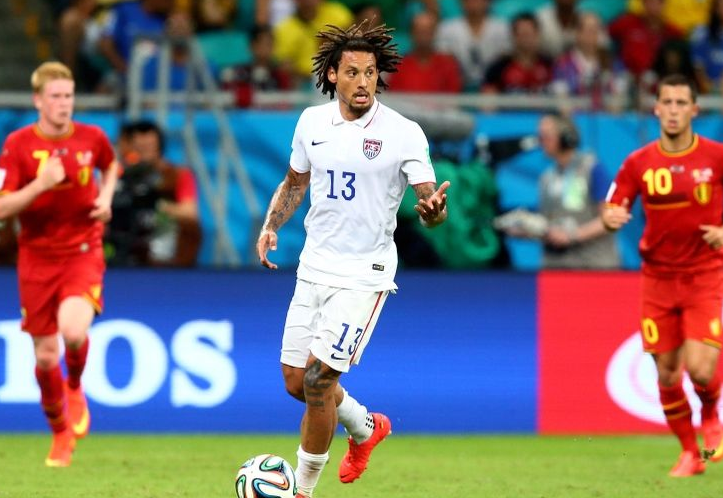 After weeks of debate about where in Major League Soccer he would end up, Jermaine Jones was confirmed as a New England Revolution designated player in bizarre circumstances earlier this week.

With both the Revs and the Chicago Fire frontrunners to secure the services of the 32-year-old, MLS conducted a blind draw between the two and the Boston-based club emerged victorious.

The process for determining where a player ends up has been severely questioned in the aftermath of the draw, with Jones exempt from the league’s usual allocation order which could have seen him end up at the Columbus Crew (provided they could afford his salary).

There have also been rumours of a separate designated player allocation order, mentioned publicly by the Crew’s Gregg Berhalter, but MLS has not commented on that.

In a single entity system like MLS, players sign with the league as opposed to individual clubs so Jones’ destination was always going to come down to what the governing organisation thought best for the competition as a whole.

Whether MLS’ processes are right or not are irrelevant now and Jones is getting ready for his first taste of action having been without competitive action since the World Cup.

“We’ve always said we would sign a DP but it would have to be somebody who would move the needle both on and off the field,” said Revs owner Jonathan Kraft.

“We think the best player for the United States in the World Cup and somebody who’s played in the Bundesliga at the highest level in the world achieves that.”

After a strong European career, mostly in the German Bundesliga with Eintracht Frankfurt and Schalke 04, there were strong rumours linking the midfielder with a move to the US in January of this year but he instead joined Besiktas in Turkey on loan.

Jones played every minute of the US’ World Cup campaign, scoring against Portugal, but hasn’t been involved in competitive football since the last 16 exit at the hands of Belgium on July 1st.

A player of his calibre doesn’t come cheap, and Jones will make a reported $4.7 million in wages over the next 18 months.

With 46 international caps to his name as well as those impressive World Cup performances on his CV, he would have been an asset to any team in MLS and the Revs currently has no other DPs on its roster.

“New England is an exciting team on the rise, and I believe I can come in and help the team make a push toward MLS Cup,” said Jones in a statement after signing.

“Playing with the U.S. national team has given me a great connection with the American fans, and I’m looking forward to playing in front of them every weekend.”

He only trained with his new team mates for the first time on Tuesday at Gillette Stadium but has already make a significant impression on them.

“Obviously, it’s his first training with us and he has to get used to it a little bit, but come next week, come maybe even tomorrow, he’s going to be the best player on the field,” said midfielder Kelyn Rowe.

The Revs sit just below the red line in the Eastern Conference, just a point behind the New York Red Bulls who occupy the last playoff spot at the moment.

This weekend they head north of the border to take on Toronto FC, and should Jones get some game time he will lock horns with international teammate Michael Bradley, a mouth-watering prospect for supporters of both teams.