Marouane Chamakh – Top of Arsene Wenger’s objectives this January has got to be improving his forward options, and his number one target must be Bordeaux and Morocco striker Marouane Chamakh. The two have been linked in the past, but with Arsenal’s shortage of striking options and height at the top of the field, Wenger must splash the cash. Chamakh will come at a price, but it’s money Arsenal might be forced into spending if they want to keep tabs on the Premier League title race.

Scott Parker – Cash-strapped West Ham may be forced into selling the centre midfielder who has only a year left on his contract at the Boleyn. The ex-Chelsea and Newcastle player could be one of a number of players used to balance the books at West Ham, with clubs like Liverpool and today Stoke City interested in signing him. In his career Parker has made up a combined fee of almost £25million.

Craig Bellamy – Undoubtedly Manchester City’s player of the season so far, Bellamy has warranted no reason to leave the club and their mountainous ambitions. But if a favourable offer comes their way, new manager Roberto Mancini may be ready to let the Welshman go. Bellamy would have been upset to see Mark Hughes be relieved of his post, and may want to re-join Sparky if he finds a new job before January 31st.

Ryan Babel – The Dutch winger has so far failed to establish himself at Liverpool, and Rafa Benitez may want to part ways with the speed merchant who cost the club £11.5million in 2007. Spurs have been rumoured to be in for Babel, but a move back home to Holland or to neighbours Germany may be on the cards in order to get his career back on the right track before making another step up into the big time. 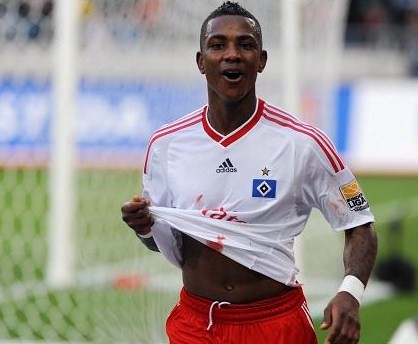 Eljero Elia – …and replacing Ryan Babel at Liverpool might be fellow Dutchman Eljero Elia, who is currently impressing in the German Bundesliga with Hamburg. Elia cost the German side €9million from Steve McLaren’s FC Twente in the summer, and has so far raised the attention of a number of clubs including Arsenal and Bayern Munich who were interested before he opted to join Hamburg. If Benitez fancies the speedy winger, he may propose a swap deal with Babel.

Robbie Keane – The Tottenham captain has found himself out of favour at the Lane, and might be keen to depart the club for a second time in eighteen months. Celtic have been rumoured to be interested in the Irishman, and a loan move might appeal to both parties. No doubt a host of Premier League clubs would also be interested in signing the prolific marksman.

Maynor Figueroa – The Honduran left back has had an incredible few years since making the switch to the Latics from Central American obscurity. Not only has he landed a ticket with his country to go to the World Cup next summer, Figueroa has caught the attention of a number of clubs who would be interested in signing the reliable defender. Figueroa rose to attention after his goal against Stoke a few weeks ago, from inside his own half, and could be grabbing more headlines with a move to another Premier League club this January.

Giorgio Chiellini – Roberto Mancini’s first piece of transfer action this January at Manchester City could be bringing in Italian and Juventus centre half Giorgio Chiellini to solidify what has become a fragile defence. Chiellini became the first player linked with the club since Mancini’s arrival last week, and the new boss might be willing to add to the Italian contingent with a move that would cost over €15million.

Matt Upson – The former Arsenal defender and now West Ham captain has only a few months left on his contract at the club, and like Parker the club might need to cash in on the centre half. Tottenham would be interested in bringing the player across London to ease their defensive options, along with teams with other defensive difficulties like Liverpool.

Sergio Aguero – The Argentinian attacker might not be a target for the majority of clubs around Europe, but there is one team willing to meet the asking price and that’s Chelsea. It could be time for Atletico Madrid to part ways with Aguero, a decision that may leave them over €40million richer. Chelsea will need to strengthen their side with this transfer embargo, and the addition of Aguero would no doubt be the biggest transfer of the Winter.