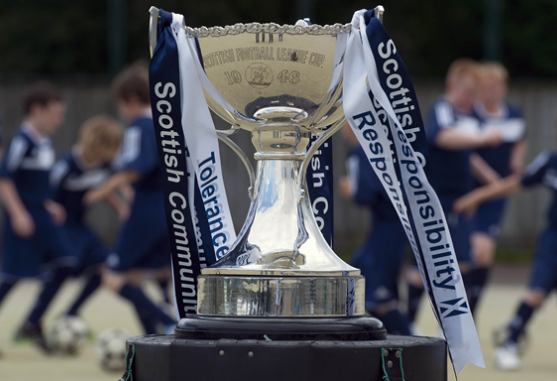 It’s a sign of the Old Firm’s traditional domination that such famously Scottish institutions as Hearts and St Mirren meet for the very first time in a major cup final this Sunday. Detractors will claim it’s only Rangers’ liquidation which allows a club which haven’t won the League Cup in 50 years to face one who’ve never won it. Most lovers of the Caledonian game would reply by asking why Celtic aren’t then mopping up all the silverware. As the Edinburgh Jambos and Paisley Buddies argue over who should have been allocated the few spare tickets available, everyone should just shut up and enjoy what’s becoming a sustained break from the most boring duopoly in Europe.

Hearts recently launched Britain’s first half-time pie app. St Mirren supporters narrowly failed to institute a German-style system of fan ownership last summer. But both clubs are part of a more exciting innovation altogether on Sunday. From 2007 to 2011, before the financial implosion at Ibrox, the Old Firm shared 11 of the 12 domestic trophies available. Yet last season was the first since 1994/95 in which three different clubs won the three main Scottish titles – the first time in 30 years that two of those three were neither Rangers nor Celtic. Since the League Cup’s post-war escalation to a major honour, there have been just two campaigns in which both Celtic and Rangers finished empty handed, the most recent in 1954/55.

Celtic look financially stable enough to maintain the current three decade-long Old Firm grip on the top title. They’ll keep it warm til the Rangers newco reach the SPL. But at least Scotland is now in a situation where non-Old Firm clubs will have won four of the last six Hampden finals. No-one should think this is simply down to Glasgow’s behemoths having bigger fish to fry: The Scottish League Cup proper has existed for 14 years longer than its English counterpart and has always enjoyed a showpiece, one-off decider, usually played at the national stadium. While winning this trophy no longer secures European football, it was invariably another indicator of Scotland’s historic two horse race. Rangers have won it almost twice as many times as anyone else. Celtic once reached 14 consecutive finals.

With Neil Lennon’s Celtic spectacularly averse to the national stadium – when St Mirren beat them 3-2 at Hampden in January’s semi-final it was the first time their manager Danny Lennon had overseen even a goal against Celtic – and Third Division Rangers too busy losing at home to Annan Athletic to trouble the major honours, there’s no reason this wider distribution of Scotland’s trophies can’t continue. Hibs in particular this season appear to be on a mission to lay a couple of Scottish Cup ghosts to rest.

During last year’s triumphant Scottish Cup Final, Hearts fans taunted their derby rivals with “Big team – big cup; wee team – wee cup”. With neither Edinburgh side having been Scottish champions for over half a century, their colour TV successes have been confined to the knock-out competitions. Hibs haven’t won the most important of those since 1902 but enjoy a memorable League Cup run every decade or so. Hearts always appear in the Scottish Cup final when there’s a six in the year and have won it twice this century alone. Today they have the chance to secure their first “wee cup” for exactly 50 years and become the first non-Old Firm club to hold both cups since Aberdeen in 1989-90.

Yet Hearts sacked manager John McGlynn just over two weeks ago, in the immediate wake of a 2-0 league defeat at St Mirren. Hearts, third bottom of the SPL are just one point ahead of Sunday’s opposition in the fight to stay ahead of bottom side Dundee. The Rangers disintegration last summer resulted in three Scottish clubs who weren’t ready for promotion being shoved up a tier. Dundee, budgeting for a First Division promotion campaign suddenly found themselves SPL whipping boys. However, half the 18 points they’ve accumulated have come from Hearts and St Mirren. While clubs admitted to Scottish league football only in the 1990s – Ross County and Inverness Caledonian Thistle – fight it out for second place and European places, traditional powerhouses, former national champions and some European finalists – Dundee United, Aberdeen, Kilmarnock, Dundee and Sunday’s finalists – slug it out in the bottom half.

The relative demise of Aberdeen over the last 15 years has seen Hearts reclaim their place as the nation’s third-biggest club but the very existence of the Edinburgh institution is now at risk, largely due to the whims of Russian-Lithuanian owner Vladimir Romanov. The SPL’s answer to Roman Abramovich has the inverted commas placed round the “businessman” prefix as often as his Chelsea counterpart. Often absent from Tynecastle, when he does turn up everyone tends to know about it. He presided over Hearts 2006 Scottish Cup Final win with some sort of Soviet rear-admiral sat beside him in the Hampden directors box. Despite helping the Jambos split the Old Firm for the only time in SPL history and winning another Scottish Cup last season, the 5-1 win over Hibs in the final was followed by the sacking of yet another manager and the start of a player exodus likely to continue apace this year.

Players receiving no wages has become a common occurrence at Tynecastle and a winding-up order was recently issued over non-payment of tax. The fans helped steady a ship Romanov cearly wants to sell. Hearts legend Gary Locke, who played in the losing League Cup final side of 1995-96, is the interim manager. Centre half Andy Webster captained Dundee United to their 2010 Scottish Cup triumph and Liverpool loanees Danny Wilson and Michael Ngoo lend some depth to the squad. Striker John Sutton, younger brother of former Celtic, Chelsea and England striker Chris, actually scored for St Mirren in their last Cup final, their 2005/06 win in the League Challenge Cup for non-SPL sides – symbolic of the Buddies’ sometime image as a yo-yo club.

Steven Thompson, their softly spoken centre-forward with the psychotic facial expressions has scored for Scotland, in the Champions League for Rangers and – most importantly – 14 times for St Mirren this season. Strike partner Esmaël Gonçalves, the Portugese youth international born in Guinea-Bissau, is on loan from Rio Ave for just six months but blew Celtic away in that semi-final. Goalkeeper Craig Samson has a taste for the spectacular pivotal save.

The only winners of the Anglo-Scottish Cup from North of the Border, St Mirren are Scotland’s version of West Ham; Three FA Cups under their belt, a couple of losing League Cup finals – the last, in 2009, a horror show against nine-man Rangers – but surprisingly never champions of their country. The Buddies, however, are way ahead of the Hammers on stadium re-location, having sold their patched-up Scottish bowl on the beautifully named Love Street, and relocated to a new-build wind-tunnel with decent views only to be had from the back rows of four shallow stands. Such a venue may be the new reality of Scottish football – imperfect but safe, tidy and economical. Had Rangers realised this earlier they’d have been better placed to spoil Sunday’s historic meeting.