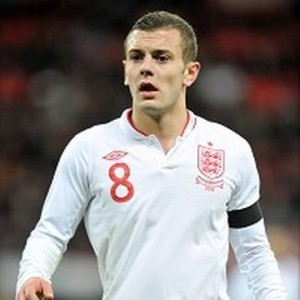 Few nations can claim to herald more players as “the next big thing” than England, and following an excellent performance against what could only be called a sub-par Brazil side, Jack Wilshere is set to be the latest player to be seen as such, and will surely lead them to glory in their next major championship, all the while maintaining his fitness and tough-tackling yet skilful playing style. Or so you would believe, had you read an English newspaper this week.

After the World Cup in Brazil, so in a couple of years, I think he will be the England captain. He has everything about his game that a midfielder should have; he scores goals, he creates and he can be strong in the tackle if he wants to.

The above is a quote from Alan Shearer following Wilshere’s performance against Sunderland on Saturday.  While I don’t and never have denied the quality which Wilshire possesses, I do feel that calling him the next England captain after his seventh cap is more than a bit premature. He has only started twice for the national side, neither of which were competitive games, and is blighted persistently by injury. Regardless of ability, both realised and potential, people like Shearer and Steven Gerrard should be less eager to saddle a player with that pressure, having seen countless promising players crumble under it in the past themselves.

The English press can be accused – and rightly so – of hyping a player up too early in his career on several occasions. Michael Owen, a player who, although winning the Ballon D’Or in 2001, never reached the heights people felt he was destined to. A poor spell at Real Madrid and yet another injury at St. James’ Park all but ended any hopes of Owen being the English saviour. Jonathan Woodgate and Ledley King were also part of the “Golden Generation” of England players said to be the next to reclaim gory for the Three Lions. Despite having only 29 caps between them, some members of the media believed they should retain their position in the National set up, even at the expense of Jamie Carragher on one occasion. While both King and Woodgate were talented defenders, saying that either of them should have been the first choice centre half above the stalwart Carragher was absurd, given their injury records. A run of impressive performances seems to be all it takes to conceive the next England star, and I believe that this is to the side’s detriment, as it sees established stars drop out of the team to accommodate these starlets.

His ability is not the concern, but rather his fitness and form. Injury has squandered the potential of more players than I would like to think of, and Wilshere is equally as susceptible to it as the likes of Jonathan Woodgate, Ledley King, Michael Owen and Owen Hargreaves. The potential destruction his injury could cause is highlighted quite frequently by Arséne Wenger, whose desire for Wilshere to be rested during international friendlies is well documented.

I had in fact expected Jack to play only a part of the game on Wednesday but it didn’t happen and because of his quality he will be exposed to that, the overuse of his quality, you can understand that. We will have to manage him well physically to make sure he doesn’t face that burnout.

In his defence, Jack Wilshere seems to be handling the praise with a fairly level head and not letting it distract him from his game, for now at least. But football is one of the most scrutinised and high-profile sports one can participate in professionally, and thus is a minefield for young talented players. The mines, of course, being injury and off-field antics (step up Owen Hargreaves and Mario Balotelli), and to fulfil his potential Wilshere would need to tread carefully.

If Jack Wilshere adds to the current standard of his performance, maintains his mentality and doesn’t tread on one of the aforementioned “mines”, then he could become the player England and Arsenal have been longing for, but it is far from a certainty, especially at this early stage in his career.

Personally, I think Wilshere might be slightly over rated by domestic media, but if the likes of Steven Gerrard, Alan Shearer and Arséne Wenger believe he is a superstar in the making, then who am I to argue?

5 thoughts on “Jack Wilshere – Another victim of English hype”