As Manchester United become the final Premier League side to launch an official YouTube channel last month, it seems like the perfect time to analyse the effect that the online video sharing platform has had on the world of football and, particularly, football television. 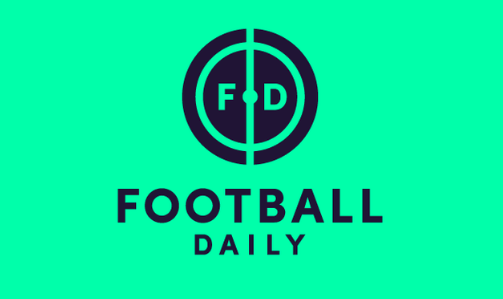 Match Of The Day, Soccer AM and Soccer Saturday are among the TV series which have become regular viewing for fans of the sport for over half a century. But with these shows now collaborating with stars of the Internet, is this a sign of things to come? Are the Western world gradually switching their gaze from the TV screens to their laptops and phones?

I caught up with Zac Djellab, presenter for UK YouTube channel Football Daily and a team member of multi-channel network Diagonal View, to gather his thoughts on the matter. Zac joined Football Daily permanently after an internship and learnt the tricks of the trade very quickly, fast becoming a leading presenter on the channel.

Speaking on his journey to the screen, Zac said: “A lot of it came from people teaching me and trial and error. And there was a lot of errors. But I do owe a lot to people who have been patient with me.” The 20-year-old, who was born in the Sussex town of Crawley, has had a lot to absorb in a short period of time.

His rapid rise to the top of YouTube football indicates the difference between success on YouTube and success on TV.

The majority of football television stars are ex-professional players whilst the faces of football on the net are qualified in relevant fields and their competence is determined on their academic achievements and career history.

The world of YouTube offers incredible opportunities for gifted media heads, bypassing the twenty-odd-year professional sporting career or the extensive column work for newspapers that seems to be required to get TV work. The experiences it gives its stars are getting more and more impressive.

This isn’t to say that the life of a football YouTuber is a piece of cake. In fact, it’s far from it. The presenters at Football Daily are tasked with uploading content seven days a week (as the channel’s name suggests).

I asked Zac whether he realised the sheer size of the YouTube world before he began work on the platform and he said:

Not necessarily, I knew YouTube was a growing platform, and I grew up knowing that was what I wanted to do – to create YouTube videos. But when you actually get into it, it’s kind of mad. With hundreds of thousands of people watching our videos every single day and with over 1 million people subscribing to us, it’s mad. It’s a lot of work and it’s not easy, but it’s definitely worth it!

But does Zac Djellab believe YouTube is overtaking TV in terms of popularity? “I wouldn’t say the focus has switched. TV is still massive. Everyone watches it,” he said. “However, I do think YouTube is growing rapidly. A lot of younger people will watch YouTube rather than TV,” he continued, explaining his little brother is a huge fan of the platform.

Zac and I agree on the idea that YouTube gives hosts more of a chance to express their personalities. Swearing, within reason, is allowed. It may be bleeped on occasion, but the liberty is there. The stars of this screen aren’t suited and booted. They don’t arrive to studios from multi-million pound houses in flash motors.

Yes, they know how to rock the odd Hilfiger jumper, but the presenters of Football Daily are likeable and can be considered “real” individuals with extensive knowledge and well-crafted opinions on the game.

Watching an ex-pro like Michael Owen spout blatantly obvious ideas on Sky from a swanky studio is enough to irk the most tolerant of British football fans. But there’s something quite warm and enchanting about watching a twenty-minute video of three lads in the pub, ad-libbing their way through the audience’s questions in regular segment Sunday Vibes.

The Saturday feature Stat Wars offers a great deal of entertainment with two presenters battling it out across three rounds of questions sent by the viewers. This interactivity is also something which proves appealing to the modern Internet consumer who may find their tweets or comments left unread by ex-pros or TV networks. 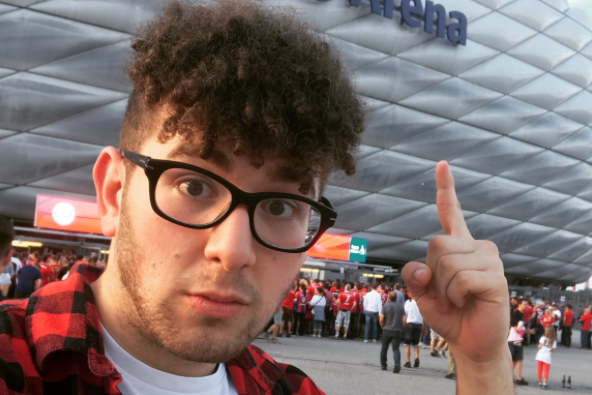 On the candour and “realness” of football YouTube, Zac told me: “I think you get to be yourself more. We’re able to say what we want.” But, one quote of his really struck me. It sums up the state of football punditry on television in the modern era:

We’re just normal people from different backgrounds so we all have different views, which can only be good. No-one wants boring people agreeing with each other all the time.

Many television pundits tend to jump onto common views and babble the same sweeping remarks, exhibiting only a rudimentary grasp on the ins-and-outs of the sport.

Meanwhile, the FD clan spend considerable chunks of their week researching the relevant facts and figures for the videos they put out – proof that a successful career as a player by no means indicates you’re a football expert. This also means that those with an active interest in “the beautiful game” can learn a lot more.

The fresh-faced nature of YouTube is still in full effect despite the platform turning 13 this year as it continues to transform and burgeon. Those with little understanding of the YouTube game may believe they are just faces behind a screen, holed up in a pokey makeshift set with dodgy lighting and faulty mics.

But Football Daily’s stars have been able to fulfil some unbelievable dreams over the last few years. Zac told me about a few incredible things he has done with the team such as appearing on the red carpet at the NME Awards and meeting Arsenal legend Thierry Henry.

However, his personal highlight has been joining the squad of his beloved Chelsea on the plane to Rome to see them compete  in the Champions League. He also highlighted his surprise at the number of fans who want selfies when he makes public appearances.

We mustn’t forget that access to YouTube is much more widespread than television as well. YouTubers upload their content in the knowledge that anybody on the planet with Internet access is able to view and comment on their work. Those people are changing with the industry. Viewers are more cognisant of the “realness” of the Internet famous.

The content isn’t as diluted as the squeaky-clean, timed-to-perfection, faultless and false nature of television. It’s still a breath of fresh air in a media world polluted with strained professionalism. Aside from the KSIs and Jake Pauls, it’s still an escape from the tedious glitz and glamour of show business. But, to return to the purpose of the article, is it set to take over television?

My answer? Not yet. And Zac agrees. Despite its popularity, the world of YouTube is still in its infancy if put beside television. The viral nature adopted by Football Daily in its formative years has worn off, with videos bringing in between 50,000 and 200,000 views each for the most part.

However, the channel’s early content, which was much more basic, has garnered millions. The channel, like Copa90, The Football Republic and other successful footballing sites, has a lot of growing left to do and, with the gradual decline of Soccer AM and diminishing viewing figures for other TV footy series, it’s the perfect time for a spurt.

Television is still bringing in millions and the ability to broadcast live matches, regularly feature the most sought-after players and managers and incorporate lavish and dear production is what keeps it so popular. The Internet will overtake it one day – but we may be waiting a while.

I'm George Hartley - a young, eager football writer based in the West Midlands. My interests lie in European football and I write about La Liga, Serie A, Bundesliga, Ligue 1 and a host of other divisions. I am an avid Aston Villa supporter.