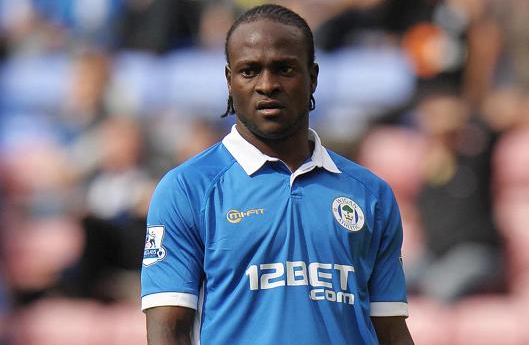 One of the most publicised and drawn out transfers of this window is Chelsea’s potential signing of the 21-year old Wigan Athletic winger, Victor Moses. Originally, it was thought that Wigan would be standing firm on the £10 million price tag; however, it is now reported that the Nigerian international could be on the verge of signing for the Champions League winners for as little as £8.5 million. But the question remains: is Victor Moses ready for such a monumental switch?

Well, Moses is a young, talented, fast, and strong player that has all the natural and physical attributes to change a game and create something out of nothing. Often, Victor can beat a man at will and leave him trailing as he sprints his way clear of the defence. Unfortunately, his next steps let the pacey winger down. His decision making, final ball and general vision are all lacking and often leave both his team-mates and fans bemused as to how such a promising attack faded into the abyss. This is something that the Wigan fans and coaching staff tolerate as Moses is one of the few options Wigan have in that position, and is certainly one of the best players in a Wigan shirt. However, would the Chelsea faithful and Roberto Di Matteo be so patient with the often puzzling winger with knowledge that there are other world-class options on the bench?

This also leads into another key point: where would Moses fit into the Chelsea line-up? With the addition of Eden Hazard, Marko Marin and Oscar combined with the current attacking options of Juan Mata, Daniel Sturridge, Florent Malouda, Yossi Benayoun and Gael Kakuta it is hard to see just how Moses would be able to break into the starting line-up. Additionally, Chelsea have an unfortunate habit of signing young players that fail to break into the first 11. Wright-Phillips, Lukaku and Kakuta can certainly attest to that. This could have a potentially devastating impact on the 21-year-old’s career path. Further, Moses wouldn’t be the first Wigan player to jump ship too soon. Both Wilson Palacios and Charles N’Zogbia enjoyed unparalleled periods of success at Wigan Athletic which vanished upon moving. The latter in particular looked like a world beater while at Wigan, and managed to break into the French squad. However, he has found himself out of form at Aston Villa and, at times, drawing heavy criticisms from the Villa fans. Very few could deny that another season with the Latics would have greatly benefitted N’Zogbia. In contrast, arguably the most successful Wigan Athletic alum of all time, Antonio Valencia, stayed that extra season and reaped the rewards.

While Moses still has his flaws – flaws which the first-rate coaching and world-class colleagues could help eradicate – there is no denying his potential. However, in order to realise this potential, it is imperative that the player is an active part of the team. Warming the bench, albeit at one of the largest clubs in the world, will do nothing for his skills or his career. First team football is something that Chelsea cannot guarantee and, until Moses can iron out his flaws, this is something that will be very hard to achieve. What Moses really needs is another season at a team where he is guaranteed first team football, and without the massive pressure of trying to break into a strong squad. This extra season would help Moses position himself as a potential starting player for a club challenging for major silverware.

David is a passionate Wigan Athletic fan with the uncanny ability to bore even the most ardent fan with his constant football jabber.

11 thoughts on “Is Victor Moses ready to make the move away from Wigan?”