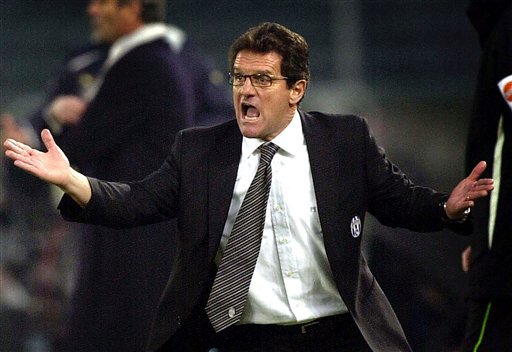 With Fabio Capello planning his next move after departing the England hot-seat and Harry Redknapp seemingly deciding whether to replace him, both men are probably considering the same question: Is there life after England?

For Capello this means whether he chooses to return to management and, if so, whether at a club or with another country. Although there seems to be interest in the Italian from Serie A, a glance at previous England managers’ subsequent careers may indicate a loss of managerial form. Such an issue may also concern Redknapp who is on the cusp of genuine club success for the first time in his career. Should he accept the England job he may fear that his chance of challenging for league titles would be gone.

There are reasons for these concerns. To manage your country is still seen as the pinnacle of a managerial career, and it is an ambition that is far harder to achieve than to represent your country as a player. Even for a foreigner like Capello, and Sven-Goran Eriksson before him, the England job has the necessary prestige attached to one of football’s leading nations. However, with it being held in such esteem there appears to be a degree of finality to the position. In recent years some managers have struggled to return to club football once they have managed at international level, and when they do they have rarely reached the heights that probably got them the job in the first place.

International managers are usually older anyway, due to a preference for experience, and age is obviously a factor in hastening the end of a career. Salaries could be another reason – England is one of the best paid management positions in the world and it may be difficult for some to stay motivated with a return to the comparatively humble wages of club management. But there is also the sense, especially for those managing their native country, that international management is a position that cannot be bettered, and that any subsequent job is too big a step down. Contrastingly an unsuccessful stint at international level draws worldwide attention and unites a nation in its condemnation. It seems that the England job, whether by choice or otherwise, is often the beginning of the end of a managerial career.

A look at the five England managers prior to Capello largely supports this theory. Steve McClaren is an anomaly, hired as a young manager seemingly for being in the right place when Luis Felipe Scolari rejected the job in 2006. Still, after being dismissed from the role he initially struggled to attract an employer before being hired by FC Twente 6 months later where he enjoyed a successful 2 year spell. Later attempts to find success in Germany and England have both ended in failure and McClaren now finds himself back in Holland.

Sven-Goran Eriksson was appointed England manager in 2000 after a successful club career in Italy, Portugal and Sweden made him one of the most celebrated managers in Europe. Eriksson left the role in 2006 and has since had brief spells at Man City, Mexico, Notts County, Ivory Coast and Leicester City. To highlight his plight, Ken Bates recently revealed that Eriksson’s application to manage Championship side Leeds would be rejected.

Prior to Eriksson, Kevin Keegan took the England job after years of with Newcastle and Fulham but left with his reputation scarred by allegations of tactical naivety and resurfaced a year later with newly relegated Man City. Glenn Hoddle followed his international spell with a few years in the Premier League with Southampton and Tottenham, but Terry Venables’ club career went from Spurs and Barcelona pre-England compared to Crystal Palace and Leeds after.

Ultimately, Eriksson, McClaren, Keegan, Hoddle and Venables were far more successful prior to taking over as England manager than when they left the position. Between them they won 11 league titles, 14 domestic cups and 3 European trophies before taking over the England job, compared to just 2 league titles (the Dutch Eredivisie and the English Division 1) afterwards.

It is true to say that the demands of international management are very different to that of a club manager. Time working with the players is minimal, as to the wishes of the players’ full-time employers, while pressure and expectations are increased to those of a (largely) united nation. As mentioned it is seen as a job suited to older men, not simply for experience but also because it lacks the relentless exertion of a club manager. It is also a role that requires a level of respect given that it forces a manager to construct a cohesive team in short and sporadic sessions.

But for all the attributes, the careers of former England managers have started to follow a similar pattern and it will be something that Redknapp may have to consider before contemplating leaving Tottenham. Capello will surely seek to buck the trend, but only time will tell if he is successful.

3 thoughts on “Is there life after England?”