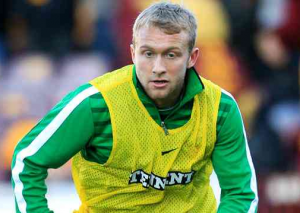 Over the years people have always said Scottish football is in a state of decline and is getting worse and worse as the years go by. Complaints that there is very little money in the Scottish game and you’d be right in saying that. Look at Hearts and at whats happened to Rangers. Despite there being lack of funds however, this has allowed teams to concentrate on their youth systems and bringing young players through without paying a fee for them.

Some examples of these players over the years have been Tony Watt of Celtic who was a product of Airdrie’s youth system. Dylan McGeouch was brought through Celtics youth ranks also and played against Cristiano Ronaldo, arguably the best player in the world, last year as Celtic took on Real Madrid. But the one that always springs to mind is James Forrest. A massive threat down Celtic’s right hand side for a number of years and now a fully integral part of the Scotland national teams set-up, you would expect someone of James Forrest’s ability to move on to bigger teams playing in bigger leagues in the near future. So he would be following in the footsteps of several former Celtic players such as Gary Hooper, a huge hit in Scotland, now hoping to be a bigger hit with Norwich in England and Victor Wanyama, a whopping £12 million price tag for someone who only cost Neil Lennon £900,000, breaking the record fee paid for a player in Scotland.

It seems to me that players decide to come and play in Scotland for a few seasons and then move on to better things with bigger bucks. Scottish football is an opportunity for players to prove themself and make a statement to other clubs to come and get them. Neil Lennon has demonstrated that he can buy players on cheap and sell them for a profit, and quite a sizable one at that. So surely with the direction Scottish football is headed at the moment, there will be hopefully more sales of players like Wanyama to boost the football economy. Not many names spring to mind when you think of players like him. You probably wont see another Wanyama for another good few years, but im sure that there will be one or two kicking about teams youth sysetms waiting for their chance. Im not saying that what has happened to Rangers and Hearts is a blessing in disguise, but the poor state of these clubs has allowed them to sell all of their prised assets and focus on the young boys there. If you watch Hearts or listen to their games on the radio, you’ll be constantly asking yourself:

“What was his name?”

You’re so used to hearing the big names from these big teams, and while the likes of Jason Holt, Jamie Walker, Kevin McHattie and Callum Paterson might not be superstars at the moment, they wont be far off in a few years; you’ve heard it here first.

It’s not just the players who this applies to, it’s the managers of Scottish football. Hopefully its not just me who has noticed this but think of managers who managed English clubs currently or recently. Sir Alex Ferguson who were long serving managers of Manchester United and Everton. Then you have Malky Mackay who recently got Cardiff City into the Premier League, Paul Lambert of Aston Villa who did a good job keeping them up last season, and current Wigan manager Owen Coyle manages the team in the English Second tier who are one of the favourites to gain promotion to the most competitive league in the world. The list goes on and on of present managers as well as some of the previous big names such as Jock Stein and Matt Busby spring to mind immediately.

So if Scotland can replicate the success of these big named players and managers, then hopefully those who doubt Scottish football’s credentials will be proved wrong!

Greenock Morton fan from Scotland and I write mainly about Scottish Football!