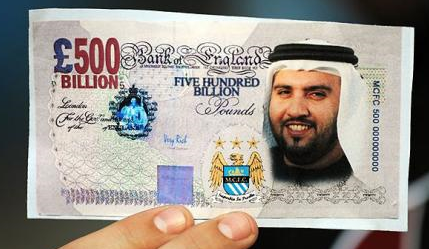 As I sit here at my ever-reliable Windows PC (wishing for a Mac), looking at transfer speculation on the net, I can’t help but think: that’s a lot of money. Football transfers seems to have developed an immunity to the current global recession, spending prodigious sums of money on players, with 5 million pounds being the Aldi bargain of top flight football.

What is most fascinating however, is the fact that these sums, already firmly set at great values, are all the time increasing, consequently making football a more and more expensive sport to finance, rendering it an increasingly risky investment.

A mere 21 years ago, the transfer record was set at £8 million when Roberto Baggio made his smart, and in no way dangerous (ahem) move from Fiorentina to Juventus. 21 years later, Cristiano Ronaldo took a great dive (not the first) across the sea to Real Madrid, for the staggering sum of £80 million, setting the bar so high that even a Heskey shot might sneak in under it. Might. That’s a difference of £72 million, set only two decades earlier.

Around the same time, Newcastle United was put up on sale for £100 million, begging the question: Is it really possible that one player is worth almost as much as a football club? And that club happened to be Newcastle United, whose loyal fans turn out for their club, whatever the weather. The absurdity and recklessness of the figure is highlighted by the fact that £80 million could comfortably build and develop a solid team, rather than squander it on one individual. A rare talent Ronaldo may be, but an £80 million transfer fee should be rarer, perhaps non-existent.

Football wages have also become ludicrous as transfer fees have increases. Big clubs can afford to pay unreasonable weekly wages to their players, guaranteeing their services through the powerful medium of money. An unquestionably average British band once said “money can’t buy me love”, but club financiers have abolished that notion, as their big money signings bring in the silverware. Currently the club paying the highest average wage is FC Barcelona, with an end of season average of £91,000 p/w. That amounts to £4,732,000 per annum for each player, although that figure is bloated by the likes of Messi and Xavi. However, the average stands, and without a shred of doubt it will increase as clubs desire more big players. A footballer’s week generally consists of different forms of training and one, possibly two matches, while some may have extra duties such as photo-shoots for endorsed products, or trips to family member’s spouses. It simply doesn’t justify their earnings, and some players’ on pitch action doesn’t either.

Within a club that still doesn’t cover all costs. What about the managerial team, the coaches, the scouts, the medical teams? Only the filthy rich can spare their cold hard cash for a football club these days. There are only a certain amount of Abramovichs (and that suits us all just fine) who are willing to pay tens of millions for their club. That does not mean that football is completely money based though. An admirable example of this is Arsenal FC, favouring a more academy based approach to their squads, bringing up lots of new talent from their established academy rather than spending great amounts. Although starved of trophies recently, Arsenal’s record has been great for a club placing emphasis on youth players over established transfers. It is a model that more clubs (that’s you Manchester City) should test out in tandem with transfers, to build a squad that will gel better. Academy players are accustomed to playing alongside each other, giving the team a head start in terms of understanding and composure.

So will money control football in the future? Possibly, but there will always be homegrown players in every team, such as Ryan Giggs and Steven Gerrard, who will prove that in fact that unspeakably untalented band (The Monkees, was it?) had something up their sleeve.

Let’s hope the clubs have too.

One thought on “Is money taking over football?”