Judging by my two successful attempts of gaining media accreditation for Republic of Ireland home fixtures, someone ought to sponsor my trip to France next summer. It’s time to get a camper van designed for Back Page Football and get our show on the road.

The qualifying campaign for the 2016 European Championships had its ups and downs. I’m going to focus on the positives because Martin O’Neill has received enough unjust criticism throughout his reign as Republic of Ireland manager. 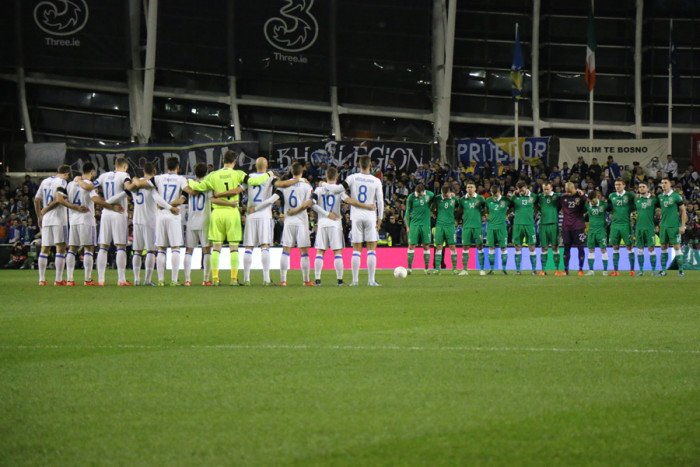 What he has achieved with the current crop of Ireland players should not be took for granted. In order to qualify, Ireland, perhaps more than other nations, need to work hard on an incredibly distinctive game plan.

O’Neill has done that over and over again, and unlike former manager Giovanni Trapattoni, who was ultra conservative, he’s willing to take risks when it matters.

That’s not a dig at Trapattoni. A quick scan through his CV will teach you a lot more than a single international job when you consider him being one of the greatest managers of our time.

However, I would argue O’Neill is more suited to the job and getting the best out of the players available.

By no stretch of the imagination are we world beaters. Ireland’s objective is to take part and cause a nuisance as seen previously against world champions Germany.

I stumbled across a similar situation to Roy Keane when asked on the Balls.ie podcast what would be considered a success in France.

Qualifying is a statement alone and anything else is a bonus. It depends on the group Ireland are drawn into but reaching the knockouts shouldn’t be completely ruled out.

O’Neill may not have the same standard of squad as the likes of Spain, Italy or even Croatia, but he has his approach drummed into the player’s brains, playing as an organised unit.

That was evident against Bosnia at the Aviva Stadium. Ireland attacked brilliantly down the left as their opponents found it difficult to keen the boys in green at bay and they began launching high balls towards Ciaran Clark and Richard Keogh.

O’Neill’s pairing a centre-back was exceptional and knowing that John O’Shea was on the bench, ready to call upon if needed, gave Ireland a much needed boost to assist them crossing the French border.

The substitutions (McClean, Long and O’Shea) all came at the right time to keep the tie in Ireland’s favour. A disappointing side throughout both legs, Bosnia were below average and were lucky not have Emir Spahic sent for an early shower in the first-half.

We’re just thankful no stewards were harmed in the process. 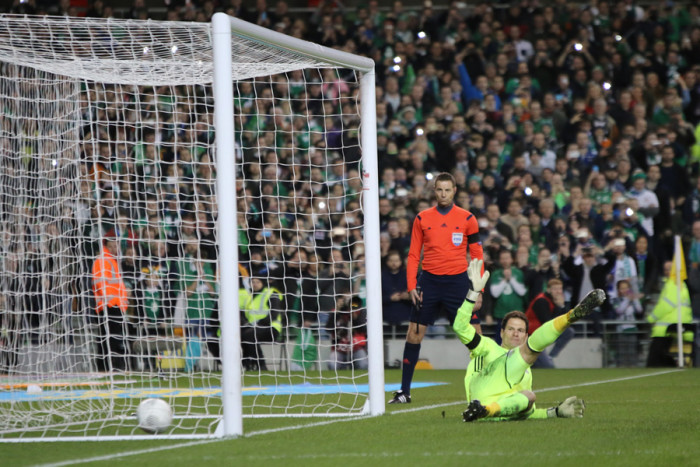 Football can bring the worst out in the people, and quite the opposite in others. There was a minute silence prior to kick-off for the massacre in Paris last week.

Sadly, it was interrupted by two or three members of the away support showing disrespect.

The Irish showed respect for those that died and responded by booing the morons that made complete and utter dicks of themselves.

“You’re not singing anymore” did the rounds following Jon Walters’ second goal and winner as the match came to an end.

Then celebratory drinks followed in Flannery’s where we were met by the chant “you can shove your fucking ISIS up your arse” which brought some laughter to the well established pub.

So I conclude this piece still shook, coming down from a nasty yet worthwhile hangover. I would go back and do it all again.

Vote Jon Walters for Ballon D’or and get Back Page Football to France.