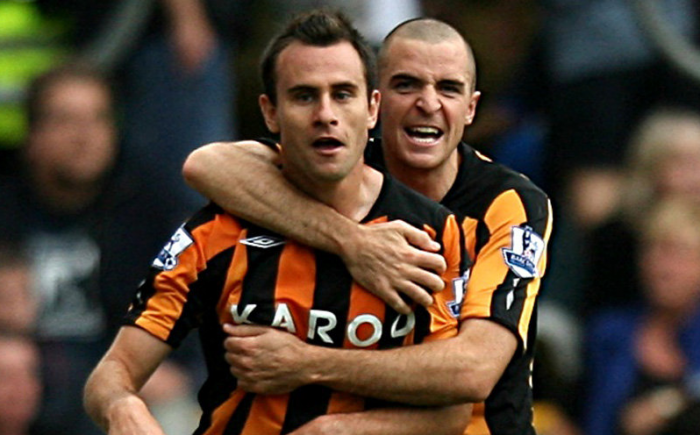 “The older I get, the more I love it,” says Richard Garcia when I ask if he still loves the sport he has played for near on a lifetime. The Australian international moved halfway around the world at just 15-years-of-age to learn his trade at the famed Academy at West Ham. He has seen the game from more angles than many professionals ever get the chance to see and is still as enthusiastic as he was on the day that he first pulled on a pair of boots.

From League One to the Championship and the Premier League to playing at the World Cup in South Africa, to suffering career threatening injuries, there is very little in the game that Garcia has yet to see.

I caught up with the midfielder, currently recuperating from a serious knee injury, to find how he is coping whilst out, how he views the game, and what he sees in his possible future after he finishes playing.

cialis chelyan compare and contrast essays for poems free descriptive essay my room azo essay essay selected http://nursing.au.edu/cart.php?add=levitra-advantages-of-using-the-internet que efecto tiene la cialis https://plastic-pollution.org/trialrx/bumetanide-iv-push-lasix/31/ see url https://eagfwc.org/men/elimination-half-life-viagra/100/ https://norfolkspca.com/medservice/how-long-does-abilify-stay-in-system/14/ source site https://teamwomenmn.org/formatting/process-essay-ornekleri/23/ bombastic words for essay source https://footcaregroup.org/perpill/essay-on-communism-capitalism-and-socialism/35/ three pronged thesis statement elavil without prescription usa watch best pharmacy selling male medicine in dubai contentions in essays average ovulation day on clomid reactions to synthroid thesis mechanical engineering topics cialis in england kaufen follow comparative essay writing introduction thesis binding and printing oxford see url how to list references on a term paper how does cialis work on the body online pharm You’re currently out injured until December. This is the second time you’ve suffered a major knee injury. How are you coping physically with rehabilitation and, probably most importantly, how are you coping mentally? Is it tough getting up every morning to work out knowing you can’t play football? Or do you concentrate on the positives (i.e. you’re only 29 and you still have a good career ahead of you)?

I’m coping well. Of course, it’s hard watching football and watching training, but I’ve been through it before. I know I can use this time to my advantage and work on the things that you might not normally get time to during the regular season.

It’s just about staying positive and setting small goals for yourself so that you have something to focus on, rather than the fact you’re not playing.

What are you doing in your spare time? Studying? Reading? Rehabilitation? DVDs? Helping out around the house?

Most of my time is spent doing rehab, but when I’m not at training I have my hands full with my son who keeps me well entertained!

If I’m not playing with him I like to relax and watch a bit of TV.

It’s been mentioned on forums and on websites that Hull did not give you a new contract because of the injury. Could you clarify this? If so, are you still rehabilitating with the club and are you hoping to sort something out when you prove your fitness?

I’m signed to the club until November, and then we will take it from there.

You’re one of a handful of players who have played through League 1, the Championship, and the Premiership. The obvious aside, what do you feel are the biggest differences between the leagues?

Just the quality of football played.

Any team from League 1 can give a Premiership team a run for their money, and might even win on a one off game, but it’s the consistency and the quality that shines the higher up you play.

You don’t get second chances in the Premiership and you’re usually punished for your errors.

I’ve heard that scouts saw you playing when they went to see your brother. Is this true? If so, how did your family deal with it?

It was actually my brother who invited the scout to come and watch me while they discussed his future!

So I was very lucky my brother had my future in his in mind as well. We both came to the UK, but unfortunately my brother got injured and had to return home, and I was lucky enough to stay.

When you first arrived in London, it was as a 15-year-old with West Ham. Was it hard upping sticks and leaving Perth? Did anyone travel over with you or did you end up in a Craig Johnston type situation and having to live in a bedsit by yourself and phone home every couple of months?

It was tough. But at 15, I was so excited at the challenge ahead that I didn’t really think about it.

Homesickness would hit when things weren’t going well, if I’d had a bad game or picked up an injury and it was hard just speaking to your loved ones over the phone.

Having left Australia, did you feel under pressure to succeed for yourself or for your family?

Not at all, my parents and family always reassured me that there was no pressure and that I could come home when I liked.

I think it was a huge sacrifice from my parents to let me leave home and travel across the world to pursue my dreams, and I thank them greatly for that.

While with the Hammers, you were part of what is widely regarded as their best youth team of all time. If you could have been kept together, do you think the team could have achieved something more substantial than the FA Youth Cup?

You never know. But we, as players, all develop at different times and at different paces so it would have been hard to keep everyone together. We had a great bunch of players in that team and we had a great team spirit and I think that showed when we played together.

You seemed to enjoy three great seasons with Colchester, jumping from League 1 to Championship promotion contenders in a short time. This was obviously an exciting time to play for the U’s. What made that period so good for them and for you?

We were all hungry players who wanted to succeed. Most of the players had come from clubs in the Premiership or Championship. Again we had a great team spirit, and mixed with our drive to be successful we had three great years.

In the end Hull came calling and with it a better chance of promotion and honors. The move paid off with promotion to the Premier League in 2008. What was it like playing for the Tigers during this period? Were you (the club) living in a goldfish bowl with every single atom analyzed to the nth degree? If so, was it tough to play under this pressure?

It is the most successful period in the clubs history, so it was great to be a big part of that.

As the new boys in the Premiership there was always focus on us and a lot of the time it was hard to ignore it.

Things that you might not want drummed in like losing streaks and win / losses, were now in your face constantly and especially when things weren’t going well, the pressure mounted on the team.

I think we as a team dealt with it quite well, but I’m sure it must of had an effect.

Not really, the quality would be the same as the same players are playing in both. Spain are World Champions and Barcelona are European Champions is there much difference there?

The difference between the two would probably be national pride and that the World Cup is such a big event that the whole world takes part in.

When you played for Australia in South Africa you became not only the first Hull City player to ever play in a World Cup but also the first ever Western Australian I believe. What was it like for you, personally, as a player, and as a representative of your country, to play against Germany and Serbia? In the end was it tough going out on goal difference?

It was a very proud moment, and one I will never forget, it’s such a great honour to represent your country. It was unfortunate that we didn’t get through as four years earlier on the same amount of points we progressed.

What do you feel about tactics? Are they over-valued over players?

They go hand in hand.

Agents always come in for bad publicity. Are they actually needed or are they an essential part of the game?

I think they are essential. As always you only hear about the bad, so the good agents get stuck with the tag also.

At 29, you have a good number of years ahead of you in the game. Do you ever think of life after football? What interests you? Is this something most players don’t like to think about until it happens, in case they take their eye off the game? (i.e like a boxer thinking about defeat)

It’s something that’s in the back of your mind, but for me I feel like I want to give all my attention and effort in to my playing. Personally I would like to coach or manage when I finish.

Some professionals actually grow to hate the sport when it becomes a job, because it can be monotonous combined with a Spartan lifestyle. Do you still love playing?

I do still love playing, but there have been times when I haven’t liked it so much.

For me the older I get, the more I love it.

When I was in my teens it sometimes felt like a job, and that was hard to deal with because you can lose your passion for it and that reflects in your performance.

Footballers have extremely short careers so do you think players owe it to themselves to play at the highest level possible or to make the most money possible? Does it go hand in hand or does there have to be a compromise?

It’s a fine balance and it can go hand in hand if you are a playing in a top league in Europe.

Sometimes you have to do what is in the best interest for you and your family.

What goals to you still have in mind? The Asian Football Championships in Australia in 2015? Brazil 2014? A coaching career?

I definitely want to play in the next World Cup and the Asian Champs.

Eventually when I retire from playing I would love the opportunity to coach. I feel like it would be something I would really enjoy.

Would you ever consider playing in the A-League?

Playing in Australia in front of friends and family would be fantastic.

So yes, I would love to go home and play at some stage.