In one of his last articles, the journalist John Carlin attempted to uncover why the success of the Argentine players in the world of football. In the opinion of the British, Argentines have a unique virtue which is essential for success in any aspect of life: they feel at home anywhere.

Unlike other Latin American expatriates who prefer to live in the “barrios” of North America or Europe, the Argentine walks the streets of Auckland, Dublin or New York as if they were an extension of the arrogant and charming Buenos Aires. 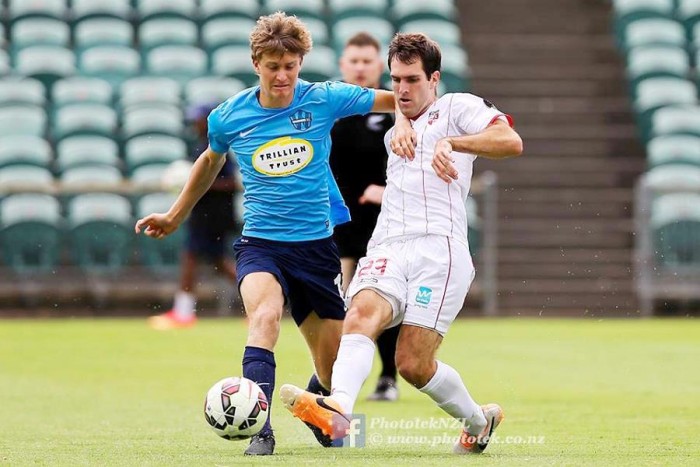 The author – born and raised in Argentina – subscribes to the reasoning of Carlin. Argentine citizens are arrogant enough to believe that the avenue “Nueve de Julio” is actually the continuation of Les Champs-Elysees.

We are as noisy as the Brazilians, not with joy, but with a thirst for revenge. We believe that everyone fucked us. We walk with the arrogance of someone who knows they are in inferior conditions but, in order to scare the giants, breaks everything he has in his wake. We are a sort of Achilles who recite in every corner of the world his own Iliad. We want to be the best in all aspects and we want the whole world to know it.

It is no wonder then that the various clubs in the world engage players of that nationality in order to strengthen their squads. In every league in the world, from the most important to the most unknown, there is always an Argentine player standing out.

Santiago Falbo is one of those Argentines who has played his football in different stadiums around the globe. Professionally born in Defensa and Justicia, Falbo has played at various clubs in Italy, Belgium and Ireland.

At present, the central midfielder plays in New Zealand with Waitakere United, one of the most important teams in the country.

In this exclusive interview with Back Page Football, Falbo takes stock of his first season in the land of the All Blacks and remember his time at League of Ireland side Bohemians.

Your career as a footballer has taken you to a number of different countries and now you find yourself playing with Waitakere United of New Zealand. How did you get there? Was it difficult to make the decision to go play there?

I got there through contacts with the manager of the club, the Irishman Brian Shelley. I have a past as a player of Bohemian FC, the same club where he had played. That made the arrival easier. It was not a difficult decision, it was a new experience for me. In each country and in each league you can always learn new things.

How is the New Zealand football? Is there a style or is it similar to English football?

There isn’t a particular style of play in New Zealand. There is, however, a feature that is a given here – almost all teams play tactically 4-3-3.

For an Argentine player, the passion of the fans is important. How is football is lived there? Is it something important to people?

Yes, it’s a big change. Both in football and in life itself everything is much calmer, and that fascinates me. Still, everything changes for me when it comes to playing football.

When the team loses a match I suffer a lot more than my peers, that’s for sure. Here, perhaps, some take it as a defeat and nothing else, but for me it is the worst.

Waitakere and Auckland City are the biggest teams in the league, between them they have won every league championships in the last ten years. But internationally, the Auckland has won the OFC Champions League in the last five editions. What do you consider to be their secret for such a domain?

Clearly, these two are the most important teams in the country but in recent years Auckland City was a little above us and could dominate either the local league and the OFC Champions League.

Their great secret, I think, is the order that runs in the club. They also have a great manager – the Spaniard Ramon Tribulietx.

The season is over. How do you evaluate your first year here? How do you see the future of the team?

Personally it was a good year. While I played a few games during the first rounds, at the end of the season I earned a spot in the starting line-up, which was my main objective.

Losing the semi-final against the Auckland left a bitter taste, but if we analyse thoroughly my first year, it was very positive. I think if the club keeps the same squad and the same coaching staff, we can put up a fight to Auckland City.

Your career led you to play for a while in Ireland, more precisely with Bohemians Football Club. How do you assess your time at Ireland?

My time in Ireland was short, I played a few games. I was not easy for me to adapt at first but, when I was reaching a good level, there was a change of manager at the club, which did not benefit my situation.

As I said before, every new country or league has given me some a valuable experience. Bohemians fans write to me today, knowing I deserved more opportunities and I feel that, when I got to be part of the starting line up, I played at a good level. So I feel I could have given more to the club. 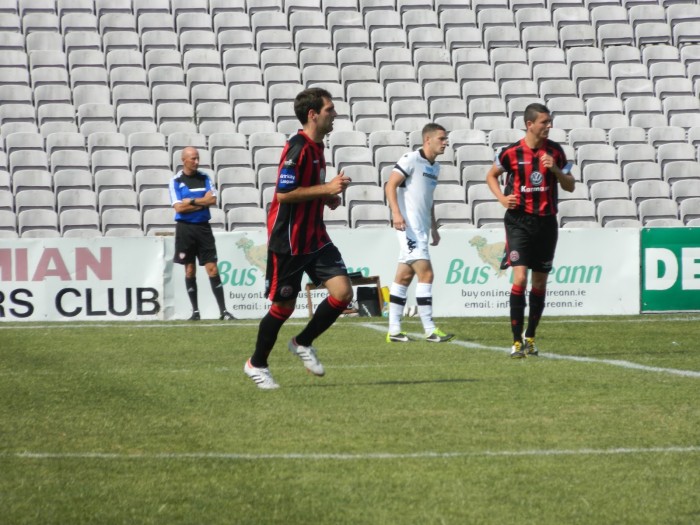 The ASB Premiership is a semi-professional tournament. Do you complement your football career with another job?

True, it is a semi professional tournament, but you can live, economically speaking, as a football player. Also, I’m working as a coach in youth divisions, which is something that I love. It’s something I do in my spare time. It is a job that helps me to be trained as a professional, but also means extra cash income.

How is your life in New Zealand? What did you do to adapt quickly to New Zealander society?

When you come to a club and have good relations with your colleagues, you are already adapted to the city. They helped me in everything I needed.

Luckily my English has improved since my stay in Ireland and that helped a lot. The society is very respectful and quiet, so there is no problem. It is also a very safe country, which makes you lead a quiet life.

How is the life of an Argentine footballer who decides to become a globetrotter? Is it easy being uprooted or does it sometimes become difficult being away from home?

It’s not easy at all. I was leaving things along the way – family, friends, girlfriend – to realise the dream I had since childhood. At the end of my career I will analyse if it was worth it or not but, as I always say, it would have been worse had I not tried to realise my dream.

Today, technology makes communication much easier and I can be aware of everything that happens there in Argentina.

What do you think for the future? Do you want to stay in New Zealand or are looking for a new challenge?

I used to think too much about what will happen in the future. Now I enjoy the moment. Today I am doing very well in New Zealand but it is true that, in football, you never know.

June approaches (and the opening of the transfer window) and there are always new offers. At that time I will have to evaluate what may be best for my career.

How do you evaluate your career as a footballer?

I am grateful, I was lucky to play in five different countries and meet incredible places. I learned too much in all these years, especially languages. I could have made good decisions and some not so good but I really have no regrets. I’m happy with what I’ve been doing.

It is very difficult to answer because it is not just a sport. Those who know me know that football is everything to me, it’s my life. I have left many things behind to dream or plan to be related to football all my life.