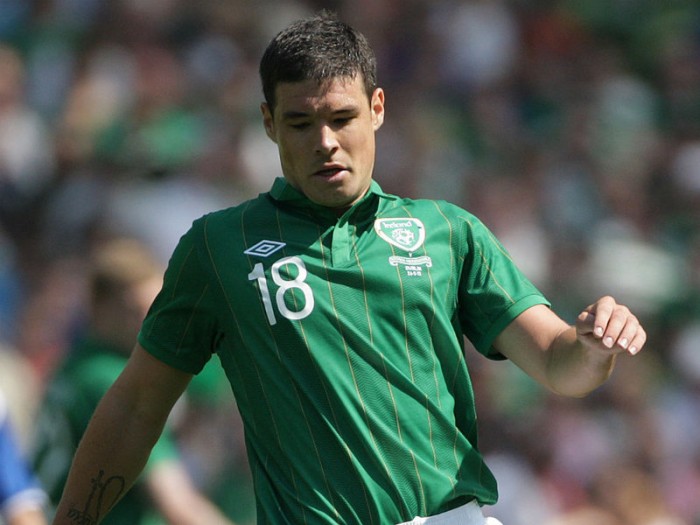 Within days of his last appearance as captain of Toronto FC, a goalscoring one at that, against Montreal Impact in the MLS, Darren O’Dea was holed up in a Donetsk hotel, struggling to get to grips with Russian (foreign players are urged to learn the widely spoken Russian as opposed to official language of the country) and living out a suitcase.

Within two days of touching down in Kiev, O’Dea had made his debut for Metalurh Donetsk, the cities second team and poor relations of perennial Champions League hopefuls Shakhtar. If ever a glimpse portrayed quite the uncertain nature of football, this was it. O’Dea was settled in Toronto, a city and franchise that fulfilled his needs and ambitions at this point in his career, almost perfectly.

Eyebrows will always be raised when a player based in Britain, especially an international regular and one you would think would court a clamour for his signature, moves abroad to play their football. For a player of his age, questions abound. But with the Dubliner’s every move approved by Republic of Ireland manager Giovanni Trapattoni, O’Dea knows every move comes with certain reassurances that his international prospects aren’t being damaged by an out of sight, out of mind scenario.

The relationship between the manager and O’Dea appears a strong one, and the defender is quick to dispel suggestions that the doubts over Trapattoni’s capability and man management by sections of the media and the public were replicated in the dressing room.

“I don’t think there’s enough credit given to this manager for what he’s done for the country. I say I don’t think, I know there isn’t enough credit. He’s narrowly missed out on a World Cup,” said the defender, “Everyone’s got their own opinion on it. He qualified for a European Championship, the first time we’d qualified for a major championship in god knows how long.

“If you look at our record, we are a very strong team and I don’t think there are many teams that wants to play against Ireland.”

O’Dea, speaking in the aftermath of the international friendly against Wales in Cardiff last week, in which Trapattoni experimented with several young players including Ciaran Clark and Paddy Madden, also spoke fervently in defence of the Italian’s seemingly stubborn resistance to abandoning his tried and tested selections.

“Every time someone scores a goal in the Premier League, people are screaming for them to play international football. There are guys who have 40/50 caps, who are doing it every week. Maybe they are not flavour of the month but they are consistent.

“People expect a revolving door in international football. If you do that, you get no consistency. At the end of the day, you have to be, I think, as much of a team as you can. You can’t keep picking different squads,” he continued.

“People don’t give him credit for these things. There are these young guys who people have been screaming for to come into the team, for maybe two years who have now come into the team and they’ve adapted so well. That’s because they’ve seen international football. They’ve experienced it.

“I’m taking obviously about James McCarthy and Seamus Coleman. Shane Long’ s a bit older. These guys are fantastic players and two or three years ago they were technically good enough, strong enough and playing in form with their clubs, of course.” 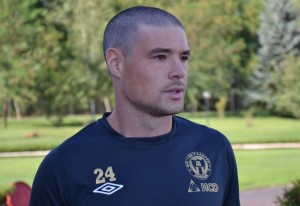 “But our manager, he hasn’t been the success he has been without knowing the tricks. He let them be around the squad, see how it works, get a taste of it and then take them out. But these players are obviously established now, you can see Seamus playing there for years to come and James too,” says O’Dea who came on 60 minutes to replace John O’Shea, slotting in alongside Clark in the centre of defence and winning his 20th cap in the process.

The former Glasgow Celtic and Leeds United defender has been in and around Giovanni Trapattoni’s set up since the very start, back in May 2008, and despite only featuring sporadically during that time, he talks of the players admiration for him and speaks highly of the team bond he has engendered.

“I think he doesn’t get half the credit he deserves. The players appreciate him. He has a strong squad and it’s an easy one to manage in a way because we have a strong unity among us. We are lucky that we’ve had that team spirit. It’s very high and that goes a long way. Especially, when you’re away for a few weeks and you’re down each others throat, it’s easier when you all get along.”

The aforementioned spirit will have to be in substantial reserve next month, as Ireland encounter two of the more pivotal games of the manager’s reign, their back to back World Cup qualifiers against Sweden in Dublin and Austria in Vienna.

Whilst it seems every competitive game has had something riding on it since 2008, bar perhaps that excuse for a party second leg against Estonia in Dublin in November 2011, this double header has a unique feeling to it. Lose either game and Trapattoni will be staring at an inevitable exit. But come out with maximum points, or even maybe, four, and a spark could be lit to ignite Ireland’s charge to Brazil.

Odd too, is that there isn’t a palpable sense of dread nor confidence going into these matches. With Sweden, Austria and Ireland all sitting on 11 points in Group C, something has to give and it will.

” The good thing for a neutral I suppose is that all of the teams – Ireland, Austria and Sweden will expect to beat eachother. I don’t think there is a clear favourite between us. Some might say Sweden with Ibrahimovic but we went there and got a very good result,” says O’Dea of the scoreless draw in Stockholm last March.

“These matches will be pivotal in us qualifying. I think that’s fairly obvious. We probably should have picked up three points against Austria so we’re in a situation now where it’s in our hands from the point of view that if we win both of our games, we’re still in the driving seat. That’s obviously very much easier said than done.

“I think we can do well very well at home against Sweden at home. We know Austria will be a very good team and away from home we’ll be under no illusion that it will be very tough game but they are games that Austria will go into thinking we could get beat, we could win. We’ll go into it the same.”

Anything can happen. We’ll go into it in good form and confident that we can get six points and I think if we do that we’ll be in a very good position. The next month will decide where we’re at for the next World Cup.”

The next month will also go some way to determining where Giovanni Trapattoni, so evidently an object of affection amongst some players, O’Dea certainly, will be at beyond his contract with the Football Association of Ireland.

For Metalurh Donetsk’s new centre half, the long haul flights from Donetsk to Dublin, via Kiev and Paris and back again, will all be worth it if it ends in qualification. The flight to Brazil would be a breeze in comparison.