In mid-2013 UEFA announced its decision to accept Gibraltar as a full member of the organisation that governs European football, culminating a process begun in 1997 when the Gibraltar Football Association submitted its application for admission.

The delay in the entry of the “Rock” to the maximum body of football in the old continent was due, mainly, to the opposition of Spain who, through the Royal Spanish Football Federation, put obstacles from the beginning of the process. 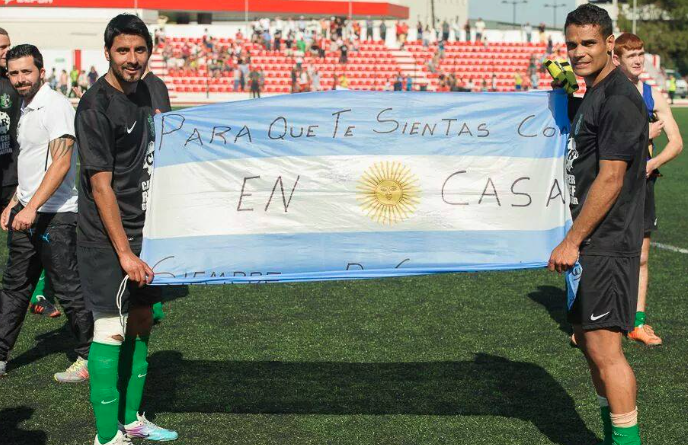 The Spanish refusal is framed within a problem that had nothing to do with football. It is known to all the historical conflict that surrounds the Rock and the tense relationship between Madrid and London on this particular issue.

Despite the agreements to which Britain and Spain signed at the beginning of the century for joint administration between the two states, the fact is that Gibraltarians assert their autonomy and, ultimately, their decision to belong to the British crown.

The long process of acceptance of Gibraltar culminated in a positive way only when the UEFA guarantee that Spain never would cross with Gibraltar in the group stage of the classification for the EURO.

Once completed the process Gibraltar faces the difficult task of boosting their football because, despite being one of the oldest federations, established in 1895, its league is semi-professional.

One team that took the lead in this process was the College Europa FC, who in 2013 hired the services of two Argentine players – Leandro Pereyra and striker Cristian Toncheff.

Toncheff, a product of the youth divisions of Boca Juniors, has been transformed over the months in one of the most recognised players of a league that aims to grow in the concert of European football.

In an exclusive interview with Back Page Football, the Argentine striker gives us an overview of his passage through ‘the Rock’.

How did you arrive at Gibraltar? What was your reaction when the College Europa FC required you?

I came to Gibraltar through the Sport Director at the time, having passed through the lower category of Spanish football. My reaction was exciting, because for every footballer to play in Europe is a dream, despite the conditions that they offered me were not entirely practicing as a professional. Now I’m playing semi-professional and I have a regular job.

What kind of football did you find in Gibraltar?

I found amateur football in the first season. It is very similar to English football. It is a direct style of play.

Your arrival was in the time that Gibraltar was admitted as a full member of UEFA. How did people react? Did you give importance to the issue or football is not an important thing in the Rock?

Fortunately I’m from the first season in which Gibraltar is part of the Uefa. People saw it as an achievement for the country, with much of having achieved something as important on a sporting level. To Gibraltar football is a very important issue.

The entrance of Gibraltar into UEFA allows teams to play the previous stages of European competitions. Your team played in the preliminary stage of the Europa League. What were your feelings? How did the team prepare that game in particular?

We participated for the first time in the Uefa Europa League and we faced Vaduz, a Lietchestein club that competes in the first division of Swiss football.

The sensations were incredible, because none of the players of the College ever imagined to participate in a game like this. We prepared the game with the “feet on the ground”. We knew where we came from and what were our chances. The premise was enjoying it to the fullest. 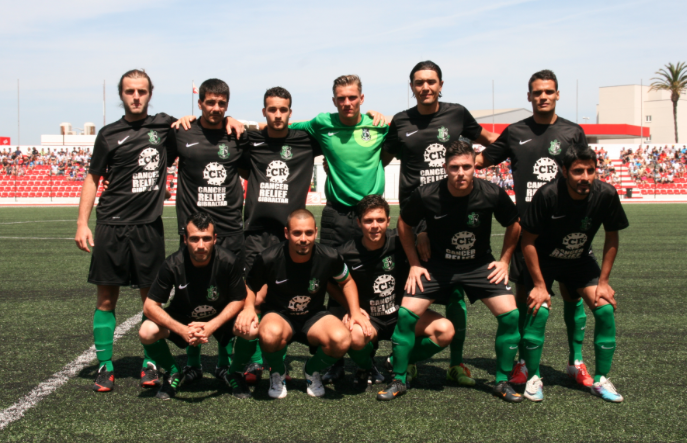 Today your team is in the second position but Lincoln FC, who have won the last seven leagues, is heading to conquer the championship again. Why is there such a difference? Is it a matter of budget?

It is almost certain that Lincoln FC win the league again. The difference is that they are a team with players playing together since youth categories and that makes a big difference from the other clubs and the economic contribution helps too. We are a team in continuous construction, with many twists and turns, from coaches to players.

How is your life in Gibraltar? What do you do when you’re not training?

My life during the week is to work seven hours, Monday through Friday. When I finish my work day I go to my house and, while I’m taking some mates, I enjoy time with my wife and daughter. In the afternoon I go to the training sessions and on the weekends we played games.

It was difficult to integrate to the society of Gibraltar?

From day one I have been treated very well in Gibraltar. That greatly facilitated integration, mine and my family.

It is well known the conflict between Gibraltar and Spain. While ‘the Rock’ recognises itself as part of the British Empire, the Spanish government still claims sovereignty. How is the relationship of the inhabitants of Gibraltar to the Spanish? Is there animosity?

A certain part of the population accepts it quite well and choose not to enter into political issues, since they live with each other daily. This makes it a close coexistence between one another. Meanwhile, older people, those who lived past, are more susceptible to it.

Gibraltar’s situation seems to have many similarities to the conflict between Argentina and Britain over the sovereignty of the Islas Malvinas (Falkland Islands). Can you really equate both cases or here the factors that come into play are others?

For the Spanish citizens there may be some similarity, but from my point of view I think that the factors of the conflict Gibraltar-Spain are others.

Spain claims sovereignty over Gibraltar for a strategic reason, since it would be the missing piece to control the entry and exit of the Strait, adding Ceuta and Melilla, an African territory with Spanish sovereignty.

Returning to football, what are your expectations for the future? Do you plan on staying much longer into Gibraltar?

My expectation in the short term is to keep improving as a player until God and injuries will allow. I do not know if I’ll do it here or in other leagues. In the long term I would like to stay involved in football, coaching or doing other work.

Besides my family, friends and the things God gave me, football is everything to me. It is my way of life is a dream that involved many personal sacrifices. I face every practice and every game with much illusion.

2 thoughts on “Interview: Cristian Toncheff, from Argentina to Gibraltar”