The story of the arrival of football to Singapore is not very different from other countries in the world.

In 1889 a group of British engineers played the first match in these Asian lands, beginning a habit which soon took hold in society. Matches between officers of the Royal Army and British citizens soon became very popular social events, where everyone wanted to take part.

Given the exponential growth of sports societies in which the beautiful game was practiced, in 1892 – three years after the first game has been played – the first amateur football federation of Singapore (SAFA) was formally established.

This brief summary of what were the early years of football in Singapore reflect the bond between the Asian country and Britain. Beyond cultural differences or language, football has been a link between these two points of the globe for over 100 years. 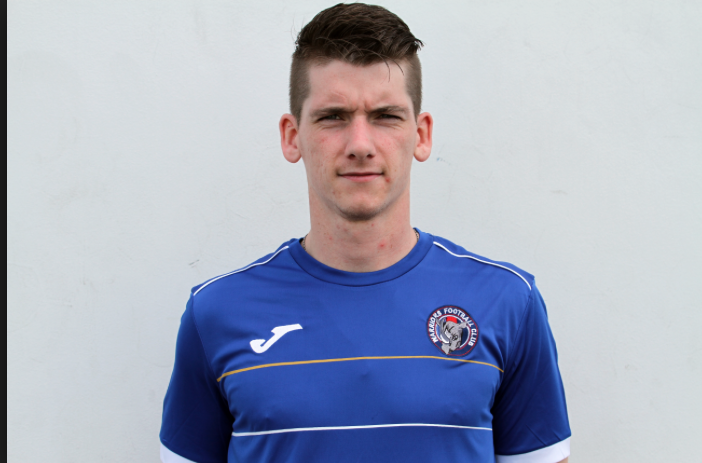 British colonization has produced, for better or worse, big changes everywhere where has settled but, without doubt, the greatest gift that the islands have given the world is football. This sport has become today a kind of universal language that transcends all barriers. Kevin McCann can attest to this.

This Scottish defender, whose football career has taken him to defend the colors of clubs such as Hibernian and Livingston, stands today with great success in the S.League, the top competition in Singapore. In 2014, after leaving Raith Rovers, McCann decided to “bet heavily” and signed for Warriors FC, one of the most popular team among the Singaporeans.

Despite signing for a big club, Kevin was heading to an exotic destination, in which there are few certainties and many doubts. Fortunately for him, it seems to have made the right choice because, in his first year at the club, McCann was an integral part of the team that won the league title. In an exclusive interview with Back Page Football, the Scotsman reviews his first year in Asian lands.

Singapore is an exotic destination for an European player. How did you get there and how was your reaction when you were approached to play in Warriors FC?

Well, yes it is a rather exotic destination but one which had freshness and excitement around it as I was stepping out of my comfort zone into something completely new. I spoke with coach Alex Weaver, firstly through emails and Skype, about the possibility of coming over. I was then invited to come over for a look around further, which I did. Finally I agreed terms with the club.

What kind of football have you found there? Is it a fast style of play, typically Asian?

The football is different style here compared to Scotland where you get less time on the ball. I have found in Singapore the style to be varied I guess due to the influence of the foreign teams in the league. Most teams do try to play technically football. The game is also less physical over here and try to play a high tempo attacking style. There’s less of a defensive mind-set.

What kind of tournament is the S.League? Is it a fully professional competition or there are things to improve?

I have enjoyed the S.League. As with every league there are good points and things that could be improved. Mainly for me I found the staggering of fixtures to be so thing I had to get used to rather than the traditional European fixtures based upon Saturday and Sunday games, where as in Singapore the day of fixtures varies a lot with sometimes two or three week gaps in fixtures.

In your first season at the club you won the league. What are the team’s goals for this year? Do you think it is possible to repeat the success of last year?

Yes. We have a good enough squad to keep on challenging for the title and that has to be our aim. It is a difficult task to win back-to-back titles but when you taste success it becomes addictive and something I strive for again and again. This year we are more of a target being champions so that is a new challenge to deal with, but we are certainly in with a chance.

The good performance of Warrior FC at local level could not be transferred to the continental competitions. What is causing this? What aspects should improve the team?

The failure in the Asian competitions has been extremely disappointing, and in my opinion not good enough. I, however, haven’t played in the games as the coach choose to leave out myself and one more foreign based player as the completion only allows to have three foreign players only. Personally this is where I think the coach made wrong decisions.

I myself played in every game last season and to be left out for this completion was extremely disappointed as I felt I could have contributed a lot in this competition. The fact the three players the coach chose haven’t always been available to play due to injuries hampered the chances in AFC and also the lack of squad depth to compete in this completion and also in the league.

I am glad that we are still ok in the league throughout this competition but it’s has been hard seeing my team mates suffering loses and there hasn’t been anything I could do to help. 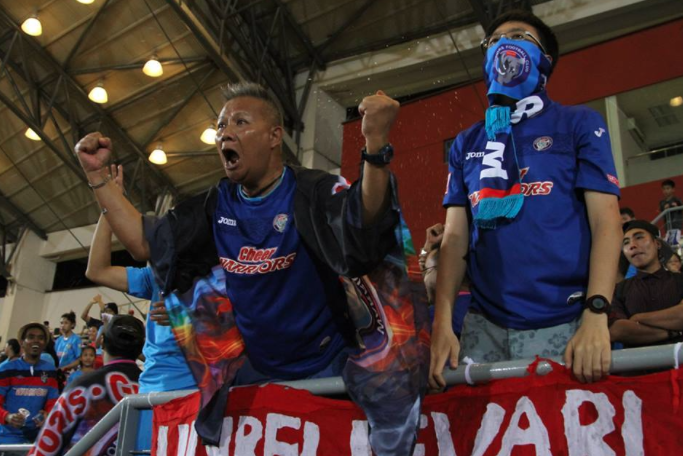 How is the life of a Scottish citizen in Singapore? Have you struggled to adapt to Singaporean society?

Life is more relaxed in Singapore than Scotland. The main thing I had to get used to was the heat and humidity. Was the toughest thing coming from a cold and wet Scotland.

It was also a nice change to be in summer clothes all year round and no need for a warm winter jacket. With everyone in Singapore speaking English it has been easy to settle in and to integrate within the different cultures here which I have enjoyed.

What aspect of Singapore surprised you most? Do you have any funny anecdote from your first days in the country?

There have been a few funny stories. I will always remember fondly though the early morning training session we had at the rainforest hub training pitch which, as I say, in the rainforest. I turned and came down to pitch where there was monkeys taking there early morning swing which I was totally blown away by. Yet the Singaporean boys didn’t seem bothered which I was. Then asked “don’t you have monkeys in Scotland?” To me, seeing wild monkeys for the first time was funny.

Returning to football. How is the life of a professional footballer? This is a job that requires many sacrifices.

Life as a professional football is very enjoyable. To be able to do what you love every day is truly amazing and a career which I am blessed to be doing. I try to enjoy it as much as possible, as I know it won’t last forever.

Of course there is many sacrifices as a player, none less than being half way around the world leaving my fiancée and family back home in Scotland is the hardest part.

How do you evaluate your career? Do you feel you could have done something more in the world of football or are you satisfied with what has been achieved?

In football you should always aspire to more, get out of your comfort zone. I guess I’ll never be completely happy and always want to improve and do better. I always aspire playing at the highest levels. I have been very lucky also in my career so far which I don’t take for granted.

I have represented my country, won titles both at home and abroad (which not many of my fellow countrymen can say) so that makes me proud of my achievements so far and also makes me strive for more.

What are your plans for the future? Do you plan to stay longer in Singapore or are you looking for new horizons?

My contract finishes here in November which I will be think about the next chapter. I don’t want to think to far ahead and I am focusing on trying to make this campaign a successful one. At the end I will evaluate the options I have and decide what’s next for me.

Finally. What is football for you?

Football for me is my life, it has given me the biggest rollercoaster ride I could possibly have imagined. Some highs and, at times, lows, but every second is an amazing experience. When I was young my only dream was to have the opportunity to play football professionally and to be able to do it week-on-week is brilliant.

Football has given me opportunities to meet and become friends with people I wouldn’t have dreamt of meeting and experiencing there life’s and cultures also. It has taken me to see the world and many countries I wouldn’t have dreamed of. I am truly blessed to do something I love and try to enjoy it for every second being able to make my family proud of me.