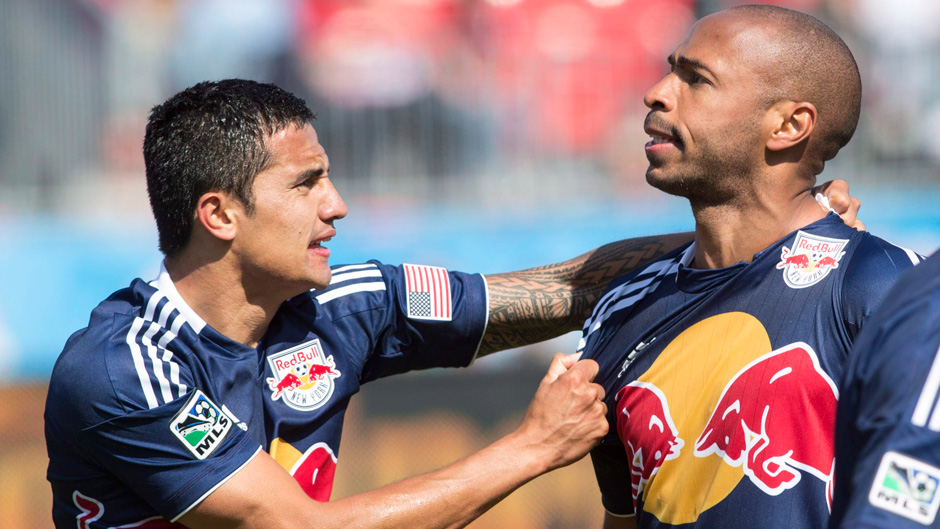 The state of “soccer” in the United States has often been mocked and maligned by their superior European counterparts, however it has also long been regarded as one of the biggest sleeping giants in the game.

As eight Premier League clubs have jetted off to the States for their pre-season and the USNMT put in a sterling performance during this summer’s World Cup, I wonder whether the beautiful game is finally ready to take centre stage in America.

Over the past half-century, many of the biggest stars in the game have gone over there to “raise the game’s profile”. Originally, Messrs’ Beckenbauer, Pele, Cruyff, Eusebio and Best all attempted the gargantuan task of shifting some of the nation’s sporting limelight away from NFL et al in the NASL. To an extent they were very successful as the North American Soccer League (1968-1984) flourished in the late 1970’s creating global media attention, high attendances (a league average of 15,000 in 1979) and national interest in the sport.

However, a maelstrom of the depression in the 1980’s, over-expansion and mismanagement crippled the League and created a recipe for disaster. The franchise’s severe reliance on expensive, old imports and a dearth of North American talent only compounded this matter. Eventually, the league folded and the popularity of the sport receded.

The MLS, founded in 1993 ahead of the 1994 FIFA World Cup, seems to have learnt from its predecessors mistakes and is now one of the most successful leagues in America. Despite early losses and rumours of its premature demise, the MLS gained more and more prestige and popularity. David Beckham marked the resurgence of European veterans to American football when he arrived at LA Galaxy from Real Madrid in 2007 and as more and more ex-superstars joined, the more attention was devoted to the league both nationally and worldwide. A trade was established where young, exciting hopefuls from the league, such as Clint Dempsey were sold to European heavyweights, while individuals such as Thierry Henry, Robbie Keane and Tim Cahill became Designated Players in the league.

Now, with average attendances higher than both NBA and NHL and an ESPN poll finding Baseball equally popular with 12-17 year olds, soccer’s popularity is at an all-time high in the states and this has coincided with increase in quality and ability to attract top players. The MLS is starting to be recognised as a competitive, high quality league and in recent months Clint Dempsey returned to Seattle Seahawks for $6,500,000, while his Team USA compatriot Michael Bradley went back to Toronto from Serie A heavyweights AS Roma.

What is especially noteworthy about that move and also the expensive capture of Jermaine Defoe from Spurs is that they both had the capacity to continue at a so called “higher-level” as JD was still the Europa league top scorer at the time of purchase and Michael Bradley was in his prime at 26. In recent weeks both Frank Lampard and David Villa agreed to join the new franchise New York City, two individuals who have played and succeeded at the highest levels. The former Champions League winners will be able to impart priceless advice to the younger players and also attract a bigger following of the sport and the league in the city and worldwide. Furthermore, Brazilian former Ballon d’Or winner Kaka signed for another new franchise in Orlando City in an attempt to resurrect his stagnating career.

It was this talented and rapidly progressing league which formed the backbone of Jürgen Klinsmann’s US team which progressed to the Round of 16 in the World Cup, with 8 out 11 starters in their 2-2 draw with Portugal being MLS players. They were one of the surprise packages of the tournament along with a lot of CONCACAF nations beating strong Portugal and Ghana to the second qualification spot before a heroic and stubborn performance against a technically superior Belgium side eventually saw their elimination. It is a youthful side which is sure to only improve under the excellent eye of their German coach.

However, what truly marks the sign of change is the fact that exciting, young players who impressed during the tournament have remained in their domestic league and not accepted any of the offers from traditionally bigger more prestigious league. For example, the combative Sporting Kansas duo Matt Besler and Graham Zusi stayed put at the current Eastern Conference Champions.

In this recent spate of mid-season friendlies, the MLS contingent have acquitted themselves well on the whole. Sounders drew 3-3 in a thriller against a club with lots of US connections in Tottenham Hotspur, while the Lilywhites’ deadly rivals Arsenal were vanquished by ex-hero Thierry Henry and Ian Wright’s son Bradley Wright-Phillips’s New York Red Bulls 1-0. Bar Manchester United’s 7-0 mauling against LA Galaxy none of the Premier League sides have completely dominated or embarrassed their opponents. This shows that the games are not only an attempt to tap into an emerging and potentially lucrative American soccer market but a strong test for managers to pit their players against and judge any areas of weakness.

What struck me personally was the fervency in some of the support over there. The average attendance is 18,000 and at some clubs such as the Seattle Sounders you could be forgiven for thinking that the club was from Premier League or Bundesliga judging from the fans. There is a 44,000 strong average crowd, which is higher than all but six Premier League teams.

The trajectory of American soccer is sky high, who knows if they carry on like this they could rival some major European leagues soon. This isn’t just a fad, Americans are starting to get excited about the sport and is laying the groundwork for future generations as well.

This graveyard is turning into a fertile breeding ground and we could see more and more top players head over there, not just in the twilight of their careers. This is a dynasty set to last.