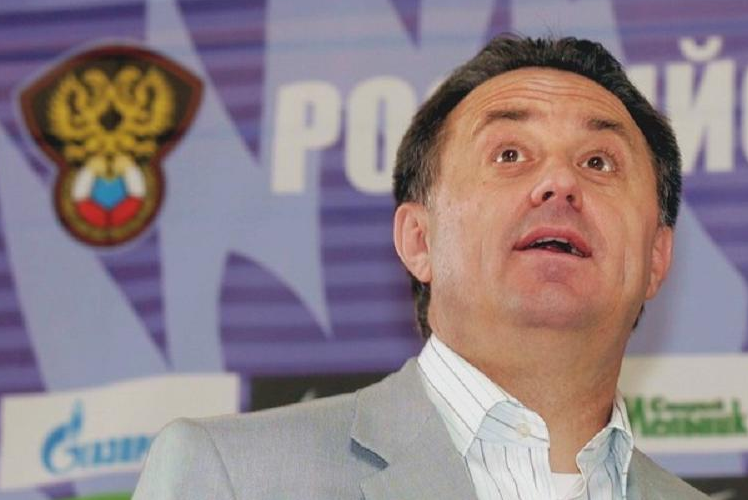 Words from the former President of the Russian FA and Sports Minister Vitaly Mutko from 2011. He was speaking in defence of clubs from the Capital and St. Petes being stronger than others and scooping up all the deals going. The burst into life of Rubin Kazan and serious investment into clubs like Anzhi seemed to deny such predictions, though he wasn’t just talking about clubs, he meant sports business.

While Anji are built on the wealth of one man, Rubin’s model is of a far more sustainable kind, rooted as it is in the national pride of the Tatar nation alongside patient long-term planning. The emergence of Kazan as a “Sports capital” was not solely down to petro-dollars, as the President of the Republic was very clever to ally himself with the Kremlin while also playing nice with the main Islamic movers in Saudi Arabia.  However this may well haunt him as the presence of the extreme wahhabi sect in Southern Russia now threaten the stability of Tatarstan. This month a leading Muslim cleric was attacked and an ally of his killed. The type of Islam practiced in Tatarstan is one of admire, though the pressure is on to protect it from the more radical and offensive forms bought and paid for by the sands of Arabia.

Though that is more a socio-political problem than one directly related to football, or so we hope. Mutko’s emergence as a candidate for the vacancy at the top of Russian football this past week is a very worrying turn for football in the country. Moreso affirmation that Premier League chief Sergei Pryadkin is going to run.  Both men have their merits and both have their faults. Mutko is an able mover in football, part of the ruling Russian elite (born in Krasnodar but part of the St. Petes KGB apparatus) though he has been mired in scandals – most notably his 97 breakfasts in 20 days during the Vancouver Winter Olympics.  He also was an opponent of changing the season while his hilarious “From my heart” speech can only be believed if seen.  He did, to his credit, outmaneuver the arrogant English and sure Spanish to bring the World Cup to Russia in 2018.  Though major two things bother many here, and they are parallel to his “opponent” Pryadkin.

Pryadkin is also ex-KGB and helped create the creature that is Kostya Sarsania who (using this term very loosely) coached poor old Fakel Voronezh out of the 1st Division last season.  He heads the Russian Premier League, is a Vice-President and member of the Executive of the Russian Football Union (FA) and most importantly is a principal in one of the biggest football agencies in Russia, with Sarsania.  It was he who blocked the formation of a players and coaches union in Russia and last Summer was investigated for conflict of interests.  Since he was heading up the committee he was found not guilty. However later in 2011 he and his brother Andrei (a registered agent) were exposed for “washing” money in a 2009 transfer during hearings in the Court of Arbitration for Sport in Lausanne. That Mutko also has strong ties to football agencies infuriates many in the rank and file.  One can imagine if Fran Gavin ran a football agency and that the prime players in the league would be denied registration unless they signed with him or an allied agency. The LOI has enough problems but this would send it crashing.

What unites both men is their role as Adidas man in power. Mutko made the backhanded remark about his successor (and also a St. Petes KGB man) Fursenko and his role in renewing the Adidas deal with the Russian FA, Premier League and 1st Division. It was no surprise when the sporting giant took control of the Russian supply contract and both Pryadkin and Mutko are keen to extend this deal with an inordinately long contract to run to 2019. The value is in the millions and would represent a huge coup for the German company since the Confederations and World Cup will be staged here in 2017 and 2018 respectively. Adidas see the future and they want it wearing three stripes. Though at grassroots level the revolution has already begun and if the majority of federation have their way this time around, there will be a seismic shift in power.

While the two “zebras” as they’re called in Russia (zebras = stripes = Adidas) are the nominal front runners, there is an unusual range being shown in the parade ring.  President of 2nd Division Soyuz-Gazprom Izhevsk Vladimir Tuman got the nod from the Udmurtian Republic, since Russia’s Eurovision entry this year hail from the same neck of the woods Tuman is hoping for some Granny love to get over the line. President of the Russian Fund for Football Development Alisher Aminov is put forward again and must feel rightly cheesed off at being a patsy for the Caucasian vote. Deputy Speaker of the Russian Duma Igor Lebedev was an unusual entry though this could more be about him positioning himself for a Ministerial post before the Winter Olympics in Sochi. Ex-USSR and Spartak player Yevgeni Lovchev (now working as a journalist) is protest candidate, though Ming Flanagan he is not. He has some strong views, is a decent person, though doesn’t have the power to get enough votes to go beyond the 1st round. And finally, and importantly, Executive Director of the Russian Olympic Committee and former President of the Russian Professional Football league (the leagues below Premier) Nikolai Tolstykh.

Tolstykh is unusual in that he hasn’t just relied on a single regional football federation for nomination. He was put forward by the Childrens Football League (DFL) – basically all youth football leagues in Russia – and this was rubber-stamped when Ulyanovsk’s Federation gave him the nod. Tolstoy has been credited with ensuring that financial fair play is the rule both at professional and amateur level. He initiated and developed quick a few impressive youth football programs, which have run up against the brick walls of Premier and 1st Division clubs. While he cannot be termed a favourite and breaks slower from the traps, he would create more peace than war if elected.  And the oddest matter of all is that apart from Lovchev, he is the only one to have played at the highest level of football and worked his way up as an administrator/coach from children’s football – with Dinamo Moscow, the club of the KGB.

On September 3rd the election will take place here in Moscow. It will be a tight affair and certainly go to at least a 2nd round of voting. Pryadkin is favourite, Mutko (if he is allowed to run) joint top, with only Aminov, Tuman and Lovchev as the no-hopers. Mutko or Pryadkin winning will further alienate the regions who, despite holding the whip, always seem to be outflanked when the day arrives. The ethnic difficulties and religious worries could well increase if Adidas keep their men in the chair of power. Fursenko did little to bridge the divide between the Muslim regions in the south and Tatarstan, and certainly did little to act as a champion for the cause of overhauling youth football, Mutko and Pryadkin have shown they won’t stray far from this. So it’s left to Lebedev and Tolstykh to show the way. Watch this space!

One thought on ““In Russia, who rules, profits””