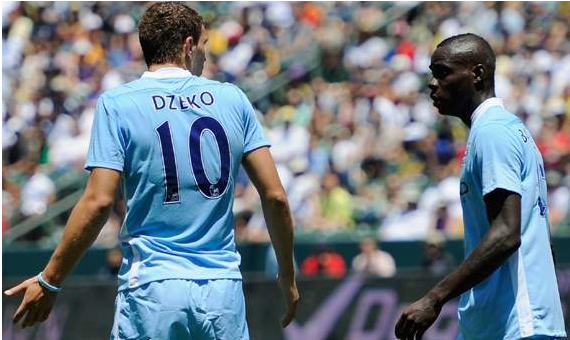 Where would football be without Mario Balotelli? Alright maybe it is the wrong time to ask the typical football fan that question. Or perhaps there is no good time to ask it. He is the one player that the majority of football fans can agree to hate at the moment; he makes headlines for all the wrong reasons, and is a journalist’s dream to write about. Sure he can be a bit of a jackass off the field but let’s face it, most teenagers are (the Lionel Messi’s of the world are few and far between). But football needs players like Balotelli on the field and Sunday’s match between Manchester City and the LA Galaxy showed us why.

Players like Balotelli are a rare breed and for the most part they are polarizing figures. They are the innovators within the game of football. Webster’s Dictionary defines innovate as: “to make changes: do something in a new way”. The likes of Cristiano Ronaldo, Ronaldinho, Luis Nani, Lionel Messi, Kerlon, join Balotelli as players who are changing the very fabric of the game, much like Johan Cruijff, Pele, and Diego Maradona did for their generations. They are the entrepreneurs of football and, just as the world would be a little bit duller if Bill Gates or Steven Jobs had not taken risks and failed continually only to eventually develop the technologies to be used in hundreds of millions of households around the world, football would be mind-numbingly boring if it weren’t for Cruiff’s trademark turn, René Higuita’s viciously exciting Scorpion Kick, Kerlon’s Seal Dribble these are the geniuses of football and for that we should thank them, not criticize them every time a mistake is made.

Had Balotelli’s now infamous back-heel against LA Galaxy found the net we would have another video in the above list: the “Balotelli 360 back-heel goal” and children around the world would be practicing it in their backyards and on the streets he would have instantly become an icon. Instead we get to hear Manchester City manager Roberto Mancini make some ridiculously dull statement about how “In football you always need to be professional, always serious and in this moment he (Balotelli) wasn’t professional.” A stereotypically conservative Italian comment and a tinge hypocritical from a man who once scored this goal for Lazio. If all football managers and their players held this same attitude there would be no money to fill the coffers because no one would watch.

When the fans at the match booed the young Italian off the pitch I wonder if anyone noticed the irony. Many of the same fans who watch and cheer as Basketball and American Football players showboat and make complete asses of themselves vigorously berated Balotelli at his substitution. Whether or not Balotelli thought the play was called offside or not doesn’t matter, it was a play that could have been brilliant but instead was hilarious; there was nothing nefarious or insulting about it. If Cristiano had quit doing tricks the first time he was booed in England where would we be missing now? I say keep it up Balotelli. Long live the rebels against the pious and severe world of football.