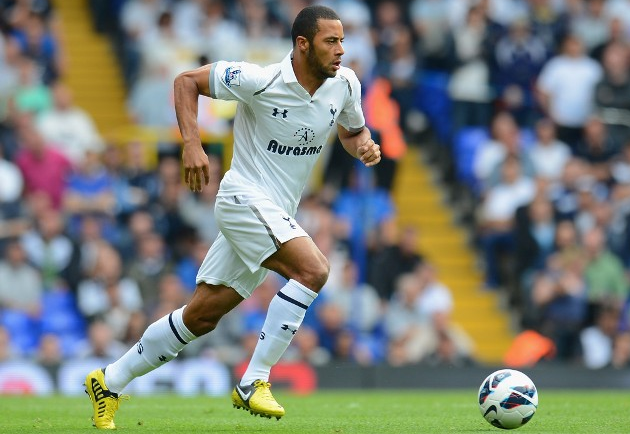 Moussa Dembele’s transfer to Spurs confirms what I’ve thought for a while: Tottenham keep signing players perfect for Manchester United.

By my count it’s four now.  The latest being Dembele and before that, Kyle Walker, Gareth Bale and Luka Modric (before he left for Madrid).

Ask any United fan where their team is weakest and they’d say fullback, central midfield and left wing.

They’d say Rafael – despite a hugely encouraging Olympics (the final aside) – is still too erratic, an attacker rather than a defender, a mistake waiting to happen.

They’d say Anderson is not the box-to-box player Fergie hoped he’d be, and they’re keeping everything crossed that the fast-improving Tom Cleverley stays fit and Paul Scholes stops ageing all together.

And they’d say the right wing is sorted but the left wing isn’t.  Because Valencia is a machine, and Nani (when he’s on his game) shines on the right but disappears on the left, while Ashley Young drifts inside too much, because even he – the most left of their left wingers – is right-footed.

And yet for £40.6million they could have no weaknesses at all.

That’s how much Spurs paid for Dembele, Modric, Walker and Bale.

Imagine Walker in for Rafael, still as good going forward but a defender who seems to learn from his mistakes rather than repeat them.

Imagine Dembele and Modric running the midfield, the link between a defence that, when fit, is as good as most, and an attack that, on paper at least, is terrifying.

And imagine Bale doing what he does, as Welsh and as left-footed as the man whose number 11 shirt he’d inherit.

Until the signing of Alex Buttner, United fans were concerned with the lack of cover for the not-as-good-as-he-was Patrice Evra.

But Bale’s not a shabby option at left-back, either.

The weekend game against Southampton was a perfect example.  Both of the home team’s goals came as a result of fullback deficiencies, the first with Lambert towering over Rafael, and the second when Evra lost his footing and Schneiderlin headed home.  In fact, it was on the rarest of occasions that either fullback won an aerial dual.

As for midfield – well I can leave that to Alex Ferguson himself, who after the match said his team didn’t start playing until Scholes came on.

So while one match proves nothing, it does when it’s one of many.

And yes, I know Bale turned United down.  And both Smalling and Jones are more than capable fullback options.  And Kagawa has already shown glimpses of what a legend looks like.  But if those four players had joined United rather than Spurs, I don’t think anyone else would stand a chance.

In football, there are countless if-onlys.  And when it comes to spending millions, it would be nice to have the benefit of hindsight before you opened your wallet.  But it’s becoming too regular now for Old Trafford not to notice – Daniel Levy keeps signing the solutions to another club’s problems.

So when the next transfer window opens in January, and the gossip starts about this player or that, United would do well not to sign a footballer at all.

Instead they should do everything they can to get Tottenham’s Head Scout.