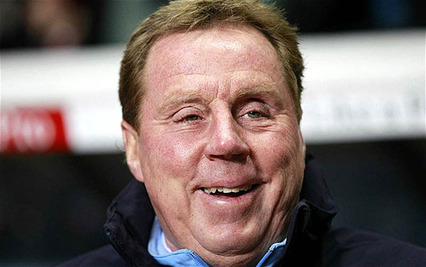 26 March, 2013: the date that will decide whether Ireland have a chance of claiming a now unlikely play-off spot in Group C and, equally, whether Giovanni Trapattoni will be afforded the ‘dignity’ to see out the rest of his still-lucrative, €1.5 million annual contract.

Just like the back-to-back, tightly scheduled encounters with Bulgaria and Italy in March and April of 2009 and the tense qualifiers against Russia and Slovakia in October, 2010, Ireland are set for simultaneous group-definers, against Sweden and Austria, in March, 2013. However, unlike when Ireland entered the pivotal, above-mentioned qualifiers in previous years under Trapattoni, they without the leverage, confidence, wholehearted fan support and group standing that saw them – even with the 2-3 defeat to Russia on 8 October, 2010 – keep on track for qualification for the 2010 World Cup and Euro 2012.

Admittedly, some may argue that the manner of the 1-6 mauling against Germany on 12 October was not far off the dismal, exposed display that Ireland displayed two years ago against Russia at the Aviva, but without at least one of Shay Given, Richard Dunne, Damien Duff and Robbie Keane for the first time since 11 October, 1997, Ireland were bereft of big-game experience and, frankly, international quality.

What accentuated this fact even more was, aside from Shane Long coming in for Simon Cox, Trapattoni’s first XI was one of the most agreeable line-ups he has produced in the past turmoil-filled nine months. However, that is bearing in mind the Italian’s eccentric trust issues, whereby personality-laden figures like Marc Wilson, Kevin Foley, Ciaran Clark, Andy Reid, Darron Gibson, James McClean, Wes Hoolahan and Long have felt the ire of Trapattoni  – rather than his outstretched arm – in recent months and, even, years.

Admittedly, Trapattoni’s trump card, Robbie Brady, has brought a happy medium, with the twenty year old boasting the underage pedigree, set-piece delivery, shielding strength and edge-of-the-seat dynamism to keep both Trapattoni and supporters happy. The irony is, though, that Brady is an anomaly: not only an underage Irish graduate, something that has not been seen since the days of Brian Kerr between 2003 and 2005, but a youngster who has pierced Trapattoni’s controversial, predominantly tape-centered scouting analysis of starting Irishmen in England.

It epitomises the fact that selection issues and tactics have been Trapattoni’s most controversial facets as Ireland manager, particularly since Ireland’s proactivity – in marked contrast to a tactically-muddled, stage-fright filled display in Croke Park just three nights previously – very nearly resulted in a historic victory in the 1-1 second-leg play-off draw with France on 10 November, 2009. These are the two issues that fans, pundits and, near-certainly, the FAI want to address in Trapattoni’s eventual replacement: the landmark tenth permanent Ireland manager in Ireland’s forty-four year history of non-committee selectors.

Sure, an Irishman or former Irish international would have the grasp of this and be armed with the dressing-room command that Trapattoni has been bereft of since Liam Brady’s assistant contract was, curiously, not renewed after the 2010 World Cup qualifiers. However, if Trapattoni fails to keep Ireland in contention for 2nd beyond the Sweden and Austria games, it seems unlikely that Chris Hughton or Brian McDermott could be tempted.

Also, Owen Coyle and Mick McCarthy carry their own risks, with Coyle’s managerial nous and potential dramatically receding since Bolton’s 0-5 FA Cup semi-final defeat to Stoke on 17 April, 2011 and McCarthy likely to be unable, or uninterested, in potentially undoing his proud legacy as Ireland manager from 1996-2002. Therefore, the FAI will certainly consider at least interviewing Harry Redknapp.

Sure, the Englishman will, undoubtedly, polarise opinion but unlike a similar candidate like Terry Venables in 2008, his plus points just about outweigh his baggage. Eager to get back into management and prove himself internationally – having endured a bitter five months after being overlooked by England and sacked by Tottenham – the sixty-five year old would be an intriguing, medium-term option as, owed much to Redknapp’s ego, only an unrealistic move to a top four English club would truly interest him in the domestic game in the future.

Of course, Denis O’Brien’s bankrolling would be required again and Redknapp possesses the hyper-cockney traits, questionable integrity, incessant media interaction and conflation of interests (advertisements, newspaper columns and punditry) that are likely to prove grating in comparison with the eventual fireside assurance that Jack Charlton’s Northumberland tones generated, but his refreshing, stripped-back style of management could prove the perfect tonic for a testing upcoming half-decade for Ireland.

Centering his philosophy and managerial style on Billy Bonds, Brian Clough and Sir Bobby Robson, Redknapp’s now-interpreted naive methods – with short, sharp and individual tactical instructions, free roles and incessant one-on-one player meetings – may well, in fact, be perfectly suited to the new generation of Irish footballers. After all, it is no coincidence that Ireland’s national pool for the next four years is filled with, essentially, Redknapp players.

Kieron Westwood, internationally, follows the likes of Luděk Mikloško, Shaka Hislop, David James and Brad Friedel in being known for his shot stopping ability. Seamus Coleman possesses the pace, enthusiasm and attacking instincts of Redknapp’s favoured right-backs (Tim Breacker, Glen Johnson and Kyle Walker). Once recovered from his leg break, Wilson could offer sound balance on the left, with the Antrim man a much more solid option than the over-marauding Stephen Ward yet also keen to get forward and cut inside when requird (Julian Dicks and Hermann Hreiðarsson).

Admittedly, post-Dunne is going to be a real quandary for Ireland’s next manager but it is highly unlikely that Ireland’s defensive core for the next few seasons will be found outside of John O’Shea, Sean St.Ledger, Clark, Shane Duffy and Alex Pearce. From this, is worth noting that down through the years, Redknapp has often favoured imposing and experienced central defenders (Ian Pearce, Arjan de Zeeuw, Sol Campbell and Ledley King) and with all the above-mentioned Irishmen above six feet tall, that hallmark will continue internationally if Redknapp is ever approached.

Elsewhere, Ireland have trickery and pace in abundance on the wings, with McClean, Brady and McGeady all in the running to channel names such as Trevor Sinclair, Matthew Taylor and Aaron Lennon. The major change for Ireland, therefore, is likely to come in the centre of midfield. With Redknapp’s tactical hallmark being a ball-centered 4-4-2, the Englishman would favour a ball-playing central midfielder in tandem with a dogged, yet disciplined, presence.

It looks increasing likely that, as a potentially differing option to Glenn Whelan, Darron Gibson (John Moncur, Sean Davis and Scott Parker) – who has finally started to thrive in a deep-lying position and limit his potshots with Everton, encapsulated in his new streamline haircut – could even fill this role alongside James McCarthy (Michael Carrick, Michael Svensson, Nico Kranjcar and Luka Modrić).

That would just leave the striking positions up for grabs and given the sour end to Redknapp’s relationship with Keane at Tottenham mid-way through the 2009/2010 season, the Englishman is likely to favour Long as a dynamic (Paolo Di Canio, Svetoslav Todorov, Marian Pahars and Jermain Defoe) outlet alongside the more imposing option of Jonathan Walters (Steve Potts, Yakubu and Peter Crouch).

Of course, ironically in comparison to Trapattoni, there will be those who will criticise Redknapp’s tactical simplicity and whether his club methods – which were so centered on working the transfer market to great effect – could translate to the international environment. However, with Irish fans seeking a fluid playing style, a communicative figure and a still-hungry manager eager to prove himself to the footballing world (the momentous 29 May friendly against England could yet prove even more significant), who is to say that even the seemingly notorious Redknapp is not, at the very least, a feasible option on the FAI’s potential shortlist.