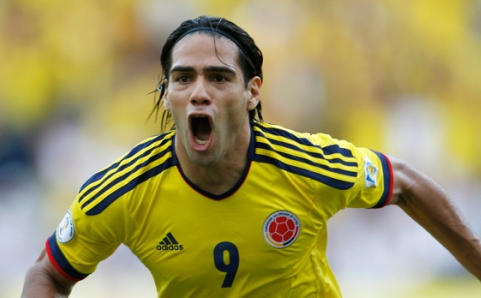 With today being a year to the day from the beginning of what could be one of the greatest World Cups of all time, Colombia stand in second place in South America’s nine nation strong qualifying group, three points off leaders Argentina with a game in hand.

Coming devastatingly close to clinching the fifth spot, meaning an intercontinental play off, in all of the previous three campaigns (a point off on two occasions, an inferior goal difference on the other), Colombia’s tally of 23 points could be enough to send them through automatically already, with four games still to play.

Usually, the South American nations with any hopes of qualification set their sights on 26+ points or so in order to see them into the top five, or crucially the top four. But with one less nation to contend with (i.e. the hosts) and two less fixtures in the schedule that magic number will obviously drop, and multiple coaches from the current crop have labelled that 23 as the magic number this time round.

Last Friday, Jose Pekerman’s side travelled to his homeland to try and take something from Argentina and show the world exactly where they are regarding genuinely competing next summer.

Colombia lined up with an experiment I’ve wanted to see for too long. With James Rodriguez developing quickly from a tricky winger to a classy, versatile number ten, Pekerman played him behind a striking partnership that failed to produce fireworks. Jackson Martinez and Falcao are both in my mind in the top draw of world class strikers, but they don’t have the opposites attract chemistry of Falcao and Teo Guttierez for instance. Both struggled to get into the game, but yet showed individual brilliance pretty much any time either received the ball. In my mind Jackson outperformed Falcao, but that didn’t stop him being withdrawn to try to and produce a better performance from El Tigre.

The game began with the best 25 minutes of football I’ve seen all year. End to end from the outset, Argentina proved first why they are right now the leading challenger coming out of South America by blowing the Colombian defence away with an array of attacking talent minus the Balon D’Or holder who was held to the bench as predicted by fitness shortcomings. Secondly, they proved why they might not yet be the complete product by managing to squander some brilliantly created opportunities.

It was only five minutes before Pablo Zabaleta took it upon himself to maraud down Argentina’s right before squaring a ball that both Gonzalo Higuain and Sergio Aguero just managed to charge ahead of in desperation to get Argentina’s first.

Minutes later, playing it out from the back the ball arrived at the feet of Lucas Biglia, the Anderlecht midfielder who proved himself to be good enough for any stage, who provided a gorgeous through ball for Higuain who had mere seconds to do something before David Ospina had raced to his feet to block the impending effort on goal.

At the other end, James Rodriguez may just have been the outstanding performer on the pitch at River Plate’s El Monumental ground, delicately sewing the Colombian attacks together, bringing high energy full backs Armero and Zuniga into the game as much as possible with the assistance of deeper lying creator Aldo Ramirez, one of Colombia’s numerous Mexico based players.

Colombia’s two main chances both arrived in this early period. First of all, Falcao uncharacteristically missing a free header on the six yard box from a brilliant Zuniga delivery. Then a Jackson Martinez goal was judged rightly offside after some brilliant craftsmanship from to Porto striker and his former clubmate James to split the Argentine defence open.

Then came the moment that decided that the world class spectacle that was being offered was to stop. After Higuain was thought to have stamped on Ospina by Zapata, the Milan vigilante took the matter into his own hands kicking out at the Madrid striker. With both men sent off, the first half ended with a nervy stand off between two sides with no idea what they were to do now. And the second half proved nothing better with it running out 0-0 in the end.

Travelling back to Bogota was exactly what Colombia needed to refocus their campaign at this stage. Tuesday’s visitors were Peru, for whom a loss meant almost certain separation from genuinely competing for the top 5. With Jackson Martinez once again forced to wait for his time on the bench, the magic formula for Colombia up front was brought back, with Teo Guttierez playing alongside Falcao, a pairing that proved as fruitful as ever, with both forwards getting on the scoresheet to fire Colombia to a 2-0 win in front of a glorious sea of yellow in the Metropolitano stadium, or El Metro for short.

Falcao’s opening goal arrived in the form of an early penalty, earned by Zuniga once again on top form for his national side. Teo’s finish was one that shows off an important side of his game, brilliantly manoeuvring himself between last defender and goalkeeper to elegantly flick the searching cross goalwards.

So with the side missing from the top showcase of international football for so long destined to end this rut, here is the eleven I think is most likely to start in Brazil next summer, or at least the team I believe should start.

One of the few undisputed places in this set-up, only injury would prevent Ospina from bringing his current form to the World Cup, which unfortunately happened at 2011’s Copa America after his face collided with the knee of Hugo Rodallega. Ospina hasn’t missed a minute of this campaign and the Nice keeper looks truly like the best on the continent for the moment.

Energetic but also technically very good, Zuniga’s experience as a wide man for club side Napoli has proved useful time and time again as he bursts forward whenever the ball is carried into the opposition half. Zuniga has improved his consistency with experience, and is as valuable as ever to a manager.

The first truly contentious position, with numerous names being tried and tested alongside each other here recently. I’ve chosen first of all as the head of the pack, the Milan defender’s ability can’t really be questioned. Aggressive and quick off the mark, Zapata matches this with superb technical ability. Distributing the ball nicely into the midfield, Zapata is cog that fits into any system. He may not always have the coolest head on the pitch, showing this with his red card vs Argentina, but you’d struggle to think he could bring that to the biggest occasion of them all.

A leader with enough experience to justify his captaincy, he and Zapata play off each other just as well as say, Carvalho and Terry did in their prime. Yepes by no means has the pace or passing strength of Zuniga, but he is fully committed to the cause every breath he takes in a Colombia shirt.

Almost an exact mirror image of Zuniga, Armero has enough flair for him to be a valuable asset anywhere on the pitch. A personal favourite in the Colombia line-up, Armero is among the best in the world for terrorizing wide men and opposing full backs as Colombia attack. With ferocious pace and a sublime crossing ability, Armero is often cited as a much bigger threat than Zuniga.

A standard number five, as he would be referred to as in South America. A modern day necessity for most managers, Sanchez has the ability to break up play and man mark play makers as well as the ability to start moves and find his own side’s creative talents. Also, Sanchez, currently with Valenciennes, has just enjoyed the best season of his career.

A player reminiscent of Abou Diaby on top form, Ramirez gracefully glides around the centre of the park, surging forward constantly and linking up play beautifully. Ramirez is just exceptional to watch on the ball and with a deceptive amount of skill, could very much end up earning himself a move to Europe being one of the surprises of the World Cup.

A devastating mixture of pure pace and dribbling ability make Cuadrado a very useful component to Colombia especially on the counter attack. One of Fiorentina’s star performers in their successful Serie A campaign this season, Cuadrado is actually relatively new to the international front, after proving himself to be good enough to be employed further up the pitch after originally being viewed as Zuniga’s understudy at full back.

A gem in the heart of this Colombian set up, James will be keen to show the world exactly why he is worth 45 million euro next season. Rodriguez really has risen to star level at home, and he very may well be a household name once next summer’s tournament is brought to a close. One of the best playmakers in the world, he is magical at his best and its difficult to put that into better words.

Just pipping Jackson Martinez, unless the Porto man can prove he can play with Falcao, Teo has the energy and instinct to bring the best out of Radamel Falcao almosy every time they play together. Willing to do all the dog work outside of the penalty area, something the Monaco bound superstar has never thrived at.

Already hailed as the greatest footballer to ever come out of Colombia, Falcao will very much want to shine at a World Cup during his career, and with this generation of Colombian footballers, 2014 may indeed be his best opportunity. Blessed with a ferocity defenders still can’t work out how to deal with, Falcao is nothing sort of lethal within 20 yards of goal. Without one of the best players in the world and rightfully the poster boy of Los Cafeteros.