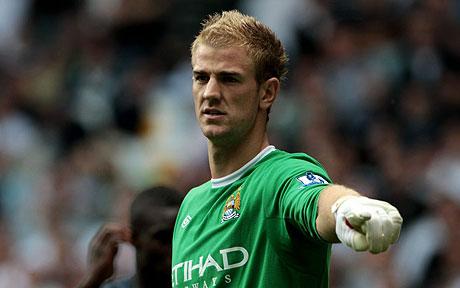 On the back of a woeful World Cup for the English the 2010/11 Premier League season kicked off on Saturday with the spotlight firmly on England’s so called star players to see how they perform for their clubs after such a dismal offering in the three lions shirt.

Players like John Terry, Ashley Cole and Frank Lampard of Chelsea, Steven Gerrard and Joe Cole of Liverpool  and even Wayne Rooney of Manchester United are sure to get stick for the first few weeks of the new season from all corners of the stand home or away, but one man who can expect more than anyone else is Robert Green.

Green is currently number one keeper at West Ham having previously had a successful spell with Norwich City during their Premier League foray.  After years of hard work and dedication Green was given his chance for England in their first 2010 World Cup game against the U.S.A, the rest as they say is history. Something overtook Green on that fateful night in Rustenburg, be it bad luck or nerves we may never know, but his mistake shone a spotlight on  something England did not want to hear  – the last line of defence was no good.  England and the Premier League had failed to produce a goalkeeper able for the big occasion, and they resorted to plan B, 39 year old David James. All as 23 year old Joe Hart warmed the bench, judged to be too inexperienced by Fabio Capello for the biggest stage of them all.

It doesn’t take long to see why England is struggling to produce world class goalies, none of the top eight last season had an Englishman in goal with five of the other 12 sides relying on native net minders in the shape of Joe Hart, Robert Green, Paul Robinson, David James and Chris Kirkland. Surely these figures will worry those at the top of the F.A.  Another worry is the difficulty for young keepers to break into Premier League sides with the constant recycling of Premier League goalies. Of last years number one keepers, 14 had played for another Premier League side before moving on to another top flight club.

One small silver lining is that many of the foreign keepers are an ageing bunch. It won’t be long before Van der Sar, Friedel, Schwarzer and Jaaskelinen need replacing by their respective clubs and most England fans will surely hope that Englishmen are chosen to fill the berth left behind. However, for that to happen, young English keepers at all levels of the Football League need to produce their finest form to be given the chance in the top level. Will English football allow the memories of great keepers like Banks, Shilton and co be replaced by memories of mistake prone keepers like Green and Robinson.

Only time will tell how England will solve a problem like the keepers!

One thought on “How to solve a problem like the keepers”