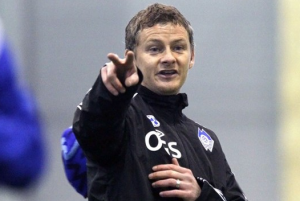 These are dark days for Cardiff City.

Sunday’s loss at Spurs condemned Ole Gunnar Solskjær’s side to a seventh defeat in 10 games. Indeed, since his arrival, the Norwegian has secured but a single league victory.

Mired in the bottom three, the Welsh club seems destined for a return to a Championship from which Malky Mackay and his charges escaped, with such élan, less than a year ago. Now, at the business end of a merciless Premier League season, the same players — along with a collection of not inexpensive additions — appear bereft of confidence and direction.

The window for Solskjær to meet his five win target is shrinking fast. Possessed of a porous defence, a goal-shy attack and the Premiership’s busiest goalkeeper (an otherwise outstanding David Marshall), City’s chances should not be overestimated.

A legend at Manchester United, and a dominant young head coach in his native league, Solskjær’s name, as with many who once pulled on the famous red shirt, carries a certain weight. Since his domestic successes started making waves outside of Scandinavia, Solskjær was long linked with vacant posts in the English top flight.

If City’s relegation passes from probability into reality, his talents will not be written off so easily. He counts amongst his notable admirers one Alex Ferguson, now an esteemed issuer of footballing opinions, whose own legacy at Old Trafford — to which the City manager was a major, and occasionally inspirational, contributor — seems all the more glittering in the current context of David Moyes’s flailing form on the touchline.

That said, while his appointment at a club with the scope for growth and the luxury of immediate stability would be fairly unremarkable, his considered, quiet presence is an ill fit with the bellicose demands of a relegation battle. Equally, the contention that great players do not always make great managers is an accepted fact of sporting lore. It is as obvious as the conclusion that excellence in the Tippeligaen does not represent a formula for automatic success at the gritty pinnacle of the British game.

The wilting defeat by Swansea City, a partner in one of league football’s bitterest rivalries, did not endear Solskjær to City’s famously fervent support. On the other hand there exists a general acceptance that the problems stem from a place high above the his pay grade.

City fans regret that this season has corroded to the point where even a three point gap between safety and the drop seems insurmountable. The team is far from marooned, mathematically at least, but the prevailing feeling in the stands is one of glum acceptance given the fruitless performances offered up each week. The recent humiliation, at home, to a workaday Hull City signalled a perfect storm of player ineptitude and supporter unrest. The ugliness on the pitch was matched by a poisonous atmosphere off it. Those who remained in the stadium after Hull’s second goal were beset by the kind of backbiting that characterises any unsatisfied crowd.

Such disaffection has been building of course, its roots traceable to owner Vincent Tan’s early, needless meddling with the very fabric of a proud club. Solskjær may still feel it necessary to doff his cap to the man who employs him but the majority of fans have by now jettisoned that brand of loyalty. Tan’s crass machinations have spoiled a year which began so hopefully. They drove off a popular, capable custodian in Malky Mackay, thus transforming a stolid and uneventful mid-table finish under the Scot, into a creeping and sadly inevitable demotion in the league pyramid.

Piqued, perhaps, by the public adulation directed towards Mackay at the effective conclusion of the 2012/13 campaign, it is entirely possible that the Malaysian felt deserving of praise at the expense of his employee. Given the fiscal mess his investment in City managed to stave off, he was not wrong to expect a certain degree of gratitude, but this is football. A successful manager will always hear his name sung before those of the tailored suits in the corporate boxes.

Significant debts remain, even if they may be satisfied as required. This certainly explains the hovering presence of irritating former chairman Sam Hammam, a man whose views have unfortunately refused to dwindle in line with his relevance.

Playing at full strength, free from unnecessary chaos, and coming up short is one thing. As painful as failure may be it is its own enemy, something which can be identified and countered for future duels. The obscene scheming by Tan, however, signifies a destructive recklessness, one which has ruined an exciting experience in a city where football, not rugby, is king.

Tan had already butted heads with supporters over his preposterous decision to change the club’s colours from blue to red but, from the summer onwards, a whispering campaign designed to undermine Mackay’s authority morphed into a loudly embarrassing event. In replacing recruitment chief Iain Moody with a 23-year-old Kazah work experience student, Tan was willingly fulfilling his role as an eccentric and clueless foreign owner.

His blunt media presence, on the other hand, has been sinister rather than refreshingly honest. In seeking to blame Mackay for overspending on new players — hardly a hanging offence in the eyes of fans already supportive of his position — Tan was clearly itching for a fight. He picked the wrong opponent. The Scot, with the backing of the City faithful, refused to bow and it was his boss who faced scorn in the wake of his widely publicised tantrum.

Mackay would be moved on eventually and, in the months since, Tan has displayed not a hint of shame for the disgraceful manner in which delicate internal business was conducted. His ongoing grubby attempts to blacken the previous manager’s name, and dismiss his considerable achievements, are as transparent as they are unpleasant. They are indicative of an individual who neither realises nor cares that this type of duplicitous petulance is unlikely to impress anyone beyond his own obsequious entourage.

By refusing to engage with fans’ genuine concerns, casting any discord as the mark of a fringe minority, Tan is essentially telling paying customers where they can stick their unease. He comes from a culture where the rich and powerful expect (and receive) deference. In these circumstances no questioning of one’s methods by mere proles is countenanced. Wherever Tan hopes to garner such cloying approval, South Wales is the last place he should be looking.

2 thoughts on “How to lose games and alienate people”