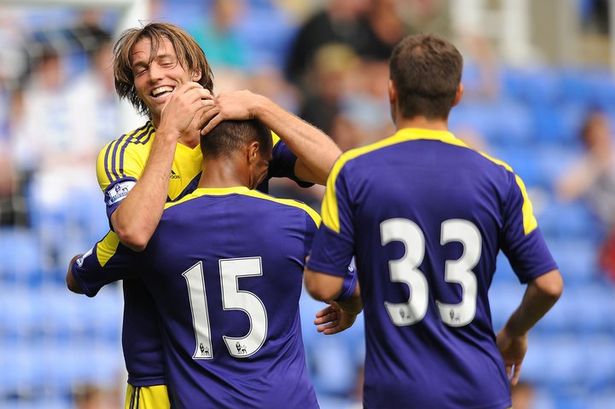 Go back a year to the end of the 2011/12 season and Newcastle were the team on everybody’s lips. The Magpies had just finished fifth in the Premier League, ahead of European champions Chelsea and Alan Pardew’s team had won plenty of praise for their exploits that season. With a season in Europe to look forward to and the chance to become one of England’s top side again many were predicting a huge summer spending spree in the North-East.

Few were expecting Pardew to turn around and announce that there would be “little” transfer activity that summer but that’s exactly what happened. The Newcastle manager’s reasoning for this policy was that it would be “unfair to the current squad” and to an extent you can see his point. The players in that Newcastle team had done admirably to achieve what they did but at the same time this was clearly utter madness from Pardew. Whether he expected to get another season like he did out of the likes of James “Perchino” Perch I’m not sure but if he did he was just being ignorant.

Some of his players played out of their skin during that season but surely Pardew had to realise that there was no guarantee they’d do it again. The other thing and perhaps more importantly, was that Newcastle would be playing considerably more games than the season just past because of their Europa League commitments. They had qualifying to get through (which they negotiated fairly well) and then at least six group stage matches and, as it turned out, some knockout games. His squad was already being pushed to its limit and to sign just Vurnon Anita and a few youngsters was not good enough.

After a 7-3 thumping at Arsenal on 29December Newcastle were 15th in the league and when the transfer window re-opened, they acted. In came Mathieu Debuchy, Mapou Yanga-Mbiwa, Yoan Gouffran, Massadio Haidara and Moussa Sissoko for a combined fee of over £15 million. Unfortunately because Newcastle’s new boys were thrown straight in and given no time to settle they were unable to prevent Newcastle finishing the season in 16th, a remarkably disappointing season.

How refreshing it is then, to see Michael Laudrup buying players as if they were essential supplies and it were to be doomsday tomorrow. Last summer Swansea bought in nine first team players but that hasn’t stopped them signing a further five this year, as well as re-signing Jonathan De Guzman on loan. Obviously we have no idea whether Laudrup has paid any attention to what happened at Newcastle but I’m sure the Dane was aware of what was going on and was anxious not to repeat Pardew’s mistakes.

Although they’ve signed players the key point is that these are players that are more than capable of challenging for first team spots. José Cañas, Jonjo Shelvey and Jordi Amat will all be pushing hard to make Laudrup’s first XI whilst record signing Wilfried Bony will be looking to form a devastating partnership with Michu. Swansea have strengthened their squad immeasurably and they look extremely well placed to balance their league and European campaign.

For a lot of sides it can be extremely tricky to maintain competitiveness in the league once they qualify for Europe, Newcastle showed as much last season. Teams from outside the top five or six can often struggle to choose which should take priority and often their league form will suffer. Swansea will be keen to buck the trend and obviously the long-term goal for everyone at the club should be to become a regular competitor in the Premier League finishing anywhere between 6th and 10th. If they keep doing that they will often find themselves in Europe and hopefully they will be able to maintain a balance between the two.

Having a proactive summer was the first step for Laudrup and his team and now that they’ve taken that step his task will be to keep his squad fresh throughout the campaign. They could probably do with one more forward but that is something Laudrup has already admitted he needs to address. Should one more come in I see little chance of Swansea repeating Newcastle’s pattern and there is every possibility they could go even higher next season and finish seventh.