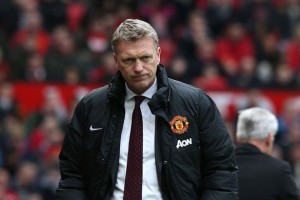 It’s pretty clear Man Utd won’t be qualifying for the UCL next season unless they win this year’s tournament and as such it may be a salient time to consider that next season could be the first that they do not compete in the competition since the 1995-96 season.

Back then only one team from each country qualified and having pipped United to the Premier League title the previous season, Blackburn Rovers were English football’s sole representative in the competition.

This means since 1996-97, United have enjoyed an unbroken stint in the completion that stretches back 18 years. In that time, they have been finalists four times, winning on two occasions.
On a financial level, that level of continuous participation has enabled Manchester United to continue drawing in vast sums of money from the competition each season, enabling them to both buy in top players (whilst offering them almost guaranteed Champions League football) and pay the wages that attract top players.

However with the side currently way off the pace for a top four finish in the Premier League, plus chasing a 2-0 deficit from the first leg in Athens a fortnight ago, it looks increasingly likely that the 2014-2015 Champions League could be the first for many years without the Red Devils participating.

One article by Bloomberg speculates that United’s current struggles on the field and particularly their potential lack of Champions League football could represent a total risk of around £100m, according to Simon Chadwick, professor of Sports Business Strategy at Coventry University.

Yet only recently, United announced record annual revenue for the year to June 30th 2013 or £363.2m. Although those figures obviously included substantial revenue generated from their Champions League run in the season previously.

With the Champions League, even on a mediocre season for United worth between £30m and £50m, this is a vast sum of money to be losing.

One only has to look along the East Lancashire Road to see what several years outside of Europe’s pre-eminent competition can have on a squad.

In 2005, Liverpool won the Champions League and they performed admirably in it over the next few years too, reaching a further final and semi final, however upon elimination from the competition at the group stage in 2009-2010, Liverpool are yet to return.

The effect on the Reds has been marked in terms of financial power and also in terms of appeal to players. Last summer, for example, three players Liverpool targeted Willian, Diego Costa and Mkhitaryan all decided to sign for, or remain, with clubs still in the Champions League ahead of Liverpool.

That certainly strikes a chord; only recently Manchester United were strongly linked with Paris St Germain’s talented Uruguayan striker Edinson Cavani, however a proposed £80m deal is, if you believe the stories in the newspapers, entirely dependent upon Manchester United being in the Champions League next season.

Liverpool’s extended spell on the sideline has also left them unable to match the buying power of the likes of Manchester United, Arsenal, Chelsea, Manchester City or perhaps most worryingly, Tottenham. Indeed, two of Tottenham’s most recent signings Gylffi Sigurdsson and Christian Eriksen are believed to have opted for Spurs due to them being ‘more likely’ to play in the Champions League.

In terms of revenue, missing the Champions League for a season will not mean a financial meltdown at Manchester United. Certainly, next season will see a hit in terms of the finances coming in, but the club easily have the funds in place to cope with this loss and maintain a strong presence in the transfer market.

The commercial revenue the club generates is massive and with an improved TV deal on the way, United will find that the shortfall from the Champions League may not be quite as much as many people envisage.

Nor will many top players be likely to be dissuaded from joining the club if United can offer top wage deals.

Certainly, United are doing that at present with Wayne Rooney’s £300,000 a week contract signed only a few months ago. You can also be sure that the likes of Juan Mata and Robin Van Persie are also on top money at the club.

After all, cross-city rivals Manchester City managed to persuade several top stars, including David Silva, Vincent Kompany and Sergio Aguero to join the club when they were not involved in Champions League action on a regular basis.

Indeed, the club have been moved to state publicly in the press recently that missing out on the Champions League this season would not deal the club a mortal financial blow.

Yet there is a worry and that is what would the impact be if Manchester United, like clubs like Leeds United, Blackburn Rovers, Tottenham, Everton and Liverpool before them, cannot get back into the Champions League immediately from next season?

Given that United’s accounts over the past 19 years have included significant income from the competition, have the clubs forecasts and wage structure, not to mention debt repayments and transfer policy, been developed without that Champions League money in place for the 2014, 2015 or even 2016 seasons?

It is this potential for a sustained absence as the club rebuilds from an unprecedented era of success that is the real question mark. While David Moyes may be given one year’s grace and absence from European’s top competition, come Christmas 2014, if United are not in a strong league position and looking likely to qualify, you can bet the pressure on Moyes will be immense – even if he remains in the job until that point.

That is the problem facing Manchester United, while one year’s absence from the competition will not hurt, a sustained absence most certainly will. It will not allow the club to bring down their debt, it will impact the amount they can spend on transfer fees and wages and perhaps most worryingly, they may find they are not attractive as other clubs who are in the Champions League when the transfer window remains open.

United missing out on the Champions League next season would not be a mortal blow to the club, or its finances, but a sustained absence most certainly would be.

That is why David Moyes is already feeling the pressure of the biggest job in English football.