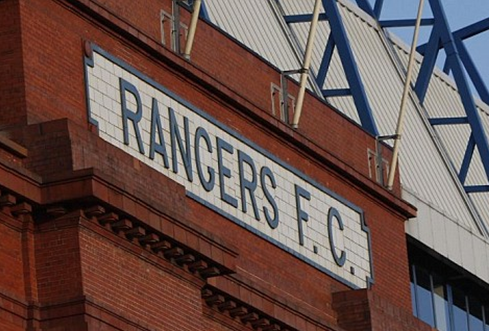 14th February 2012. For many lovers out there, a day to celebrate how much you adore spending time with your significant other. For many Scottish football fans, though, this was the day that started a chain of events that are still to be resolved despite the new season being a mere four weeks away from beginning.

It was on Valentine’s Day this year that Rangers FC were plunged into administration after a court battle with HMRC over an unpaid PAYE and VAT bill since Craig Whyte, the disgraced former owner of the blue half of Glasgow, took over the club in May 2011. Since that day the terms Ticketus, Newco and Sevco have became as synonymous with the club as the names of Greig, Cooper and McCoist.

This week’s event saw both the SPL and the SFL meeting to decide where the new Rangers should start their new life. After weeks of discussions at boardroom and fan level, the SPL clubs overwhelmingly rejected the club from their league. After 122 years in the top flight of Scottish football, the Ibrox team have to face up to their future away from their lofty position.

Now if this was any other club, well except Celtic I suppose, the club would immediately apply for SFL entry and either be accepted into Division 3 or lose their place completely (much like Gretna back in 2008 when they were replaced by Annan Athletic). But this is not just any club we are talking about. Scottish football fans are told, often, that without Rangers in the league the game is dead. There would be reduced attendances, reduced sponsorship and, perhaps most crucially, a major reduction in television money.

To combat this, proposals have been made this week to parachute the newco into Scotland’s second tier, Divsion 1. The plans include a deal to broadcast Division 1 games on tv – presumably every Rangers away match as I can’t see too many people tuning in for Morton v Cowdenbeath – and a change to the system of relegation and promotion across all divisions. This proposal is basically a compromise between the SPL, SFA and the other major ‘S’ in Scottish football; SKY. This would allow them to broadcast Rangers games this season with the likelihood of the Old Firm (or would that be New Firm?) games returning in a years time – providing, of course, that Rangers win the league title next season. Perhaps not so easy as a host of first team regulars have left in the past couple of weeks and only 13 players returning for pre-season training last week.

One thing about the proposals that I, and most other fans do agree with, is the introduction of a pyramid system in the Scottish game. As it currently stands there is no pyramid system in Scottish football which means if you finish bottom of Division 3 nothing happens to you. No relegation. No worry over your future. Just start in the same league again next season. If one good thing comes of this disaster it would be a pyramid system being introduced to give the likes of Spartans and Cove Rangers a chance of playing at a higher level.

SFL clubs will be voting on where the new Rangers will be playing next week. The vote is very hard to predict as a number of clubs have stated that they feel they are being blackmailed into voting Rangers into Division 1 and being threatened themselves with administration or liquidation if they refuse to let the club into the second tier. Fans have played a huge part in removing the club from the SPL; applying pressure on their chairman to vote ‘no’ through letters, emails and thoughts through forums and social media outlets but it is now up to the 30 chairman of the SFL to decide the future of Scottish football. Let me be clear here, I am glad I am not having to make this vote! Vote yes to the Division 1 proposal  and they could alienate a number of fans who are yet to renew season ticket books. Vote no and send them to Division 3 and their club might not be around in 12 months time when the newco would likely be promoted to the Second Division if you believe what the SFA chiefs have spouted this week. A figure of £16 million has been banded around – this being the amount which would be wiped out the game if this situation arises.

4 thoughts on “How do you solve a problem like a Newco?”