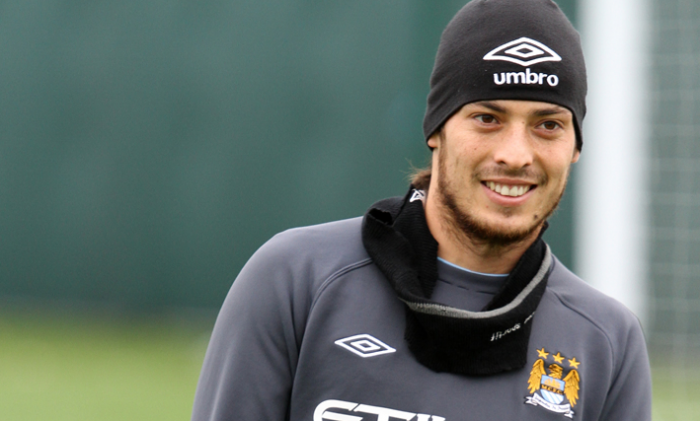 David Silva was the chief architect in Manchester City’s thumping 6-1 win over Man Utd. While Mario Balotelli was taking the acclaim for two goals and a controversial t-shirt, David Silva was doing what he has done all season, picking the opposition defence apart.

After a campaign spent mostly on the wing, Roberto Mancini moved David Silva in to a more central role as the team’s Trequartista this year and City haven’t looked back. With David Silva now pulling the strings and Nigel de Jong, Gareth Barry and Yaya Toure behind him, Silva’s individual performances have improved, as have City’s results.

What a difference a year makes

Of course it’s easy to say that David Silva has even better talent around him like Sergio Aguero and Samir Nasri this season. However, after a year of getting used to life in the England, David Silva’s individual performances in the Premier League have come on in leaps and bounds since moving in off the wing:

After operating on the flanks in the last Premier League campaign, moving David Silva in to the middle has given the Spaniard more touches of the ball – a touch every minute compared to every 1.2 minutes. It has also seen him increase his passes from one every 1.6 minutes to one every 1.3 minutes.

Want more proof of just how much improvement David Silva has made moving inside?

He is not just supplying goals, but scoring them as well. In the 2010/11 season, Silva scored 5 Premier League goals at a rate of one every 515 minutes on the pitch. This season he’s already scored 3 times, at a rate of a goal every 238 minutes. The reason? Now he is playing in a central role, David Silva is getting in to more shooting positions. Last season he would take a shot every 65 minutes on the pitch, this year he is letting an effort fly every 34 minutes. If he continues at this rate, he should hit 10 goals in the Premier League for the season, double his tally from last year.

David Silva has not just improved his own performance since moving off the wing; he has also made his teammates better. Silva’s key passes and through balls have created more chances, and more goals, for the whole team. He has spread his assists around with Sergio Aguero the main benefactor, scoring three goals from his passes. However, Edin Dzeko, James Milner and Samir Nasri have all fired a goal home from a Silva pass, as the Spaniard has 6 assists already his season.

The difference between last season and this year, is that David Silva has moved inside off of the wing and is receiving more touches of the ball, making more passes, more key passes and taking more shots at goal. This becomes more apparent when we compare heat maps between last season and this year. Take the performance of David Silva in Man City’s trip to White Hart Lane in last season’s 0-0 draw in comparison to this season’s 5-1 drubbing of a very good Tottenham side:

When Man City travelled to Spurs last season (left), David Silva operated mostly on the wing, where he made the majority of his passes from the left (10%) and right (12%) flanks and the inside left channel just inside Spurs’ half (16%). The match ended 0-0 and David Silva attempted 59 passes, of which 47 were successful and 12 unsuccessful.
.
This season’s trip to White Hart Lane (right) saw David Silva operating in his new central floating role, as Man City destroyed Spurs 5-1.
.
Whereas the game the season before saw David Silva make the majority of his passes from wide areas, this season’s match saw him distribute the ball much more in the middle of the park. Predominantly he operated from the inside right channel in the opponents half where he made 25% of his passes – 11% just inside the Spurs half and 14% just outside their area. In total Silva made 67 passes, of which 62 were successful, so he not only touched the ball more in this season’s match, but he completed a higher percentage of his passes too.
.
Man City have made some major signings that have come in and improved the team like Sergio Aguero and Samir Nasri. They’ve also received improved contributions from Edin Dzeko and Mario Balotelli, but so far this season, moving David Silva inside to be the architect of Man City’s attack has had the biggest impact on the team. Three goals, six assists and thirty-four key passes are what has made Man City tick.