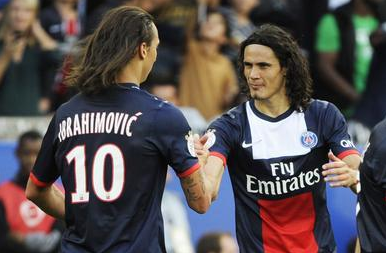 With only five points from their first ten games, perennial strugglers Sochaux entertained AS Monaco last weekend.  Having fired Éric Hély – the manager who kept them up last season – in September, they took their time searching for his replacement.  And with recent losses of 5-1 to Guingcamp and 4-1 to Bordeax, Sochaux was looking for a manager who would not only give them a footballing identity, but also give them the resolve and belief that survival was possible.  Step forward Hervé Renard, the White Fox.

Renard’s African Cup of Nations winning Zambia team were well organised, solid on the counter attack, not afraid to take risks and excellent at set pieces.  But that’s not what won them the tournament – what set them apart was their fighting spirit, togetherness and resilience.  And all of these characteristics will be required in abundance if Renard is to keep Sochaux in Ligue 1.  Having minimal club management experience on his CV, the appointment of Renard is something of a risk, which is reflected in the short term contract (nine months) handed to him.

Sochaux started poorly against Monaco, allowing James Rodriguez to manoeuvre unmarked in the box and to find a deft touch to set up Carrasco, for his second goal in consecutive games.  He didn’t take long to make it three, finishing calmly past Pouplin after a defensive blunder by Sochaux captain Carlão.  Two nil down in Renard’s first game…and there was only ten minutes on the clock!

Sochaux steadied the ship and got to half time without conceding another.  But a transformed side emerged for the second half – they had more possession, were more attacking and had obvious self-belief.  Characteristics familiar to anyone who watched the 2012 ACON.  Two set pieces in ten minutes undid Ranieri’s men – Diaz’ excellent delivery from corners set up both goals; the first was finished clinically with a downward header by Bakambu, the second saw Lopy react the quickest to a deflection in the box.  There was still thirty minutes on the clock, but Renard’s men held out for a confidence building draw.

“We sometimes lacked technical accuracy, but I loved the reaction of the team at half-time”, Renard said to the media after the game.  This result will be invaluable for confidence, but his comments and body language suggest that he knows that the path to safety is going to be difficult.  Sochaux travels to Lorient in a six point game this weekend and with St. Etienne and Marseilles on the radar immediately after that, Renard can’t afford to lose at the Stade du Moustoir

Two dropped points for Monaco allowed PSG to move to the summit of Ligue 1, after an impressive win in front of the Boulogne Boys against Bastia.  Ibrahimovic netted a brace in the first half; Cavani, not to be outdone, did the same in the second.  PSG’s trip to St Etienne is the televised game of the weekend (in the UK anyway, BT Sport, Sunday 8pm) – and with the hosts averaging three goals a game at home, and the visitors averaging two a game on the road, it should be an open and entertaining affair.

Lille’s fifth clean sheet in a row saw them move into third place after winning by a single goal in Montpellier.  And Nantes also leapfrogs Marseilles, with a fourth win in a row at Ajaccio coming from an 87th minute winner.  These two victories mean that Friday night’s game between Nantes and Lille is likely to be the highlight of the weekend’s games – with the winner potentially moving into second place.

Having played PSG and AS Monaco in the opening weeks, Marseilles has a lot of winnable fixtures coming up, starting at the Veladrome against Reims on Saturday.  However, they will need to erase two disappointing results from their collective memory – a disappointing Champions League display against Napoli following on from a 1-0 defeat away to Nice.  Monaco will look to get back to winning ways at home to faltering Lyon on Sunday.  With just three wins in ten games Lyon’s fortunes haven’t improved since Briand and Gomis were restored to the first team.  Injuries have played a big part in the early part of Lyon’s season – Reme Garde was forced to field seven youngsters in Lyon’s draw at home to Bordeaux.  But it’s difficult to see them getting anything at Stade Louis II and while there is a long way to go this season, it seems almost impossible that Lyon can rescue a Champions League spot from their current position.