Beginning his career at Sao Paulo in 2005, Hernanes had won many trophies with the Brazil superpower. The midfielder had netted a sum of 28 goals in 184 official games and assisted many more. Hernanes is very effective on the pitch and the price tag of more than €11 million paid by Lazio was the cutest of examples to prove the Brazilian’s quality. Eddy Reja, who took the head coach role at Lazio from the struggling Davide Ballardini in early 2010, has taken the praise for landing this talented Brazilian midfielder in Italy. 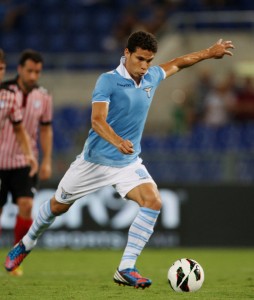 Hernanes is a central midfielder by profession, but also does possess the attributes to play as a box-to-box midfielder. During Reja’s first spell in Italy, the implementation of a three-man defence had slowly showed the player’s emergence. The Croatian had a habit of changing his formation often, including 4-2-3-1, 4-3-3, 3-5-2, 3-4-3 and a amongst others, but Hernanes didn’t have any difficulty fitting into any of those.

Hernanes has a bunch of versatile characteristics which include dribbling the ball skilfully with one eye on goal, executing the long range screamers, playing meaningful long balls and crosses, taking a pivotal role in the defence when the ball is lost in the attack, and getting involved in challenges.

FIFA.com defines Hernanes as ‘A utility player combining physical strength, explosive power, no little talent and the ability to use either foot, Hernanes was dogged by one question for several years, as onlookers debated whether he was an attacking or deep-lying midfielder’.

Hernanes’ first season with the capital club was very successful. He played the total of 36 league games in 38, scoring 11 including the one in his debut. Reja’s Lazio improved their league position by seven places to finish fifth in 2011. Despite proving his physical fitness, combined with his efficiency, Hernanes was not called up by Mano Menezes to represent Brazil in 2011 Copa America.

Hernanes’ love with Lazio continued in 2012 too. Combining with newcomers Miroslov Klose and Senad Lulic, Hernanes played a crucial role in a great season in which Lazio finished fourth. The Biancoclesti had lost out on third place to Udinese on goal difference and, as Italy slipped to fourth in UEFA’s ratings, only the top three teams were declared eligible to play in the Champions League the following.

A managerial transition took place in the summer of 2012 as Vladimir Petkovic was appointed in the place of Reja who resigned. Petkovic, a long-time admirer of 4-1-4-1, operated Hernanes in the attacking role. Once again, the Brazilian proved his efficiency, partnering Antonio Candreva behind Klose. Lazio finished the first half of the season in the second place, just lagging behind the leader Juventus by four points. The second half turned out to be a severe disaster however.

Hernanes was called up to represent his nation for the Confederations’ Cup under the new coach, Felipe Scolari. He played four games in the tournament, starting only one against Italy in the final group stage game where he played against his club-mate, Antonio Candreva, for the first time. 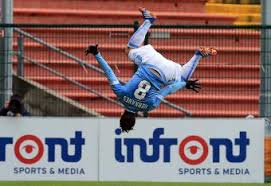 Hernanes started the 2013-14 compaign in a scintillating style by scoring a screamer against Udinese. With the arrival of Brayan Perea, Felipe Anderson, Lucas Biglia and the promotion of Keita Balde to the first team squad, Hernanes’ chances of being in the starting eleven had become slimmer. Currently the Brazilian is enjoying a spell in Reja’s second era at Rome.

Entering into the pitch for the final 30 minutes of the game last week, he was a big factor in turn the game around. Hernanes was directly involved in two of the three goals as 10-man Lazio came from behind to beat Udinese at Fruli. His winner in the dying moments of the game was spectacular.

When we turn our attention to Hernanes’ role for his nation, however,  the situation is difficult. As the number of hidden talents, including the likes of Fernandinho, Jadson, Fernando and Arouca, have been slowly seeing the light of day, Hernanes’ has to fight to prove himself to represent his nation in the summer at the World Cup. A player of such quality shouldn’t be absent from the world’s most biggest tournament.

One thought on “Hernanes: The unsung hero of Lazio”