This week saw the end to the latest British doping scandal and the silence was overwhelming from the British cycling fraternity in the media. 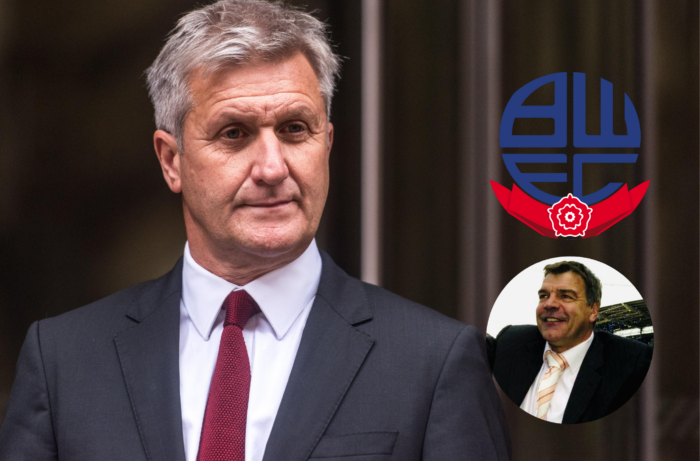 When Shane Sutton – a known abuser of women and former doper – was given free rein to settle scores in an article that leaves more troubling questions about British media than British cycling, he levelled his bullying eye on Chris Froome. Froome countered quickly with a claim of bias. Doctor Richard Freeman was hung out as a lone wolf, ordering banned drugs and acting counter to Dave Brailsford ethical rules. Freeman was quick to say “I’m not a doping doctor” and with this statement, he is lying. And his expertise found it’s proving ground in English football.

I was having palpitations, you know, I mean, fucking bad. I couldn’t sleep and even the sleeping pills my mother gave me didn’t help. I felt shit. I confronted him one day in his office. He was ok about it. He said it must be a reaction to painkillers, I told him it wasn’t. But he said I was just a poor responder. After that day I didn’t allow him near me. The gaffer wasn’t happy. But I wasn’t dropping dead for the bollox.

During lockdown I had time to work on Capital Sports 2.0, academics and some writing. The Liverpool collapse article came from this period, when I had time to do deep research and get back in touch with people wanting to talk.

With the Freeman case, it was the same. I passed on some information regarding Freeman to noted football journalists, as I had done with the Liverpool information, yet nobody wanted to know. Omertá is not just in the mafia and cycling, I think we all know this by now. So I’m doing what I was advised by a leading British sports journalist: wait for the end of the trial and publish.

I spoke with one cyclist and three footballers who had dealings with Freeman. What has not been released into the public, until now, is Dr. Freeman’s nickname amongst his victims, “Dirty Doc”.

While he was injecting footballers at Bolton Wanderers between 2001 and 2009 with dangerously high doses of painkillers and prescribing banned substances like testosterone to young men not in need of it, he had various sidelines going to make money. The cyclist met the Dirty Doc while he was working with Bolton . As with one of the footballers under his care at the club, he prescribed what is almost certainly a derivative of Erythropoietin (EPO), the banned drug that many suspect was an element in turning British cyclists into world beaters.

How did you feel?

I felt like I could go forever and a day. Sure I was careful, I followed all his instructions. He was really good with that and quietly told me about the athletes and that he’d dealt with. Not boasting, he just reassured me. He was with Bolton for crying out loud!

How did they pay the bill?

Cash. For three months I visited a few times, I can’t remember now. But maybe four or five times. I stopped after I’d an issue with UKAD, you know the score. It was only minor and I got a warning. I honestly thought, that’s it you idiot, you’ll be banned. I stopped cold and am glad I did. But I’m telling you, I was flying.

Outsourcing of expertise is the norm for those who know how to get results. The Dirty Doc was one of them. He is in the empire of those who get the job done like Michele Ferrari, Grigori Rodchenkov, Victor Conte and so many more devils with filthy faces. Of course to balance out Shane Sutton’s article, there had to be a heart-to-heart Oprah Winfrey style sit down with Freeman. It helps that he’s British and has proven useful to the great British drive for gold, though there is zero mention of his ties to football and the man even gets younger as the article progresses.

Heaven forbid sports journalists in Britain end up having been asleep at the wheel for decades as pushing young men to dangerous limits became the norm rather than the exception. Freeman also claims that he had never doped a rider, yet freely admits to lying when it suits. The Dirty Doc’s secrets are only barely coming to light.

Sam Allardyce is no stranger to pushing the limit. A player of his at Notts County told me,

He was big into fitness. He pushed us hard and even had a medical guy come in to check us over. We were encouraged to go see him privately, I didn’t, not because I was afraid or that, I just didn’t have money. A few of the lads who did, did. Allardyce did check up, anyone who didn’t do it was persona non grata.

In 2006 Big Sam was exposed as having beneficial links to football agents. Ten years later he was famously stung again while the England manager. The British media went so over the top with their coverage that the man’s past was neatly forgotten. Even now, working at West Brom, he is a lovable rogue and firmly in the manager merry-go-round. Like the innumerate Harry Redknapp, who named a bank account for bungs after his dog, the media will laugh, tell us we should think it’s funny and do as we’re told.

A player who played at Bolton under Big Sam, like our first witness, was given injections to speed his recovery from an injury. He’d been pushed and pushed before his body began to break down.

You don’t know what it’s like to feel that pressure. Did I see others lining up and dropping pants to get injected, only once, but it would have been painkillers. Your man Freeman, he was good with me. I mean, really good. I was totally fucked from pain, he at least helped me get through the worst. I didn’t like the gear he’d give, it made you feel good but the comedown was awful.

I asked him if he understood he was doping.

And how many tests did you have as a professional footballer?

In round numbers, one. But you wouldn’t want to get caught. I mean, I don’t smoke, drink, never did weed or anything, why would I dope

Yeah, but I mean, come on, it’s hardly cheating if you have a puff before the second half. I know now people look down on it, I wouldn’t do it now, but then, it wasn’t really outlawed and we’d all, not all, but most of us would have a puff. Not every game you understand, but if you’re blowing out your arse!

Did you hear him called the Dirty Doc?

Ah yeah, but that was a joke. I mean, you see what he did in the cycling teams, that’s dirty, so what. They do dope, OK, now in football, it’s extreme, but we were choirboys by comparison.

This week, Friday 19th of March 2021, Richard Freeman was struck off the medical register, deemed unfit to practice. How it took so long for the Dirty Doc to be removed from his profession is proof that sport is the ideal ground for abuse of athletes, even if they willingly participate.

It took decades for Larry Nassar and his fellow perverts to be removed from US Gymnastics, yet there are still child abusers brazenly operating in the US sport, molesting and drugging up kids as former US gym star Jennifer Sey told us on Capital Sports. If you deliver success you stay in the family.

This week, Friday 19th of March 2021, British sports media should be overflowing with exposés of the doping experts still operating within British sports and exposing athletes who have lied and cheated their way to golden glory, not just in 2012. Football people should be on their laptops decrying Wolves’ employment of another dodgy Doctor who was part of the British athletics goldrush. Rob Chakraverty, whose behaviour was so concerning to English clubs that he was blocked from trying to get England national team players on some sort of “course”, is another disgrace to sport.

But no one will speak up. To do so would be to break the media code of Omertá which allowed them to penetrate and profit in the first place.

Prior to the publishing of this piece, I ran it by the leading British sports journalist I mentioned earlier. He passed one footballer and the cyclist onto me. He’d written an article critical, seemingly, about Allardyce before and had his accreditation pulled for a Bolton game. Allardyce remembered and did the same when manager at West Ham.

I asked the journalist about the reaction of other professional colleagues when he arrived to collect his passes to go cover the games. On our Zoom call he laughed and shook his head.

What do you reckon? I got a few pitiful looks, a “shit happens” and from one guy I still have contact with, and occasionally work with too, he gave me a (closed fist moving up and down sign) and told me, “I told you so.”

Richard Freeman didn’t just begin doping riders when he joined British Cycling and Team Sky. He was called the Dirty Doc at Bolton, under Big Sam. He was good at his job. He is not a victim. He’s worked with athletes for over two decades. He is not a lone wolf. He put athletes lives at risk for profit. He has yet to be held account for his crimes. Just ask Fabrice Muamba.

Part 2: Are you entertained?

Why Liverpool won’t win the league