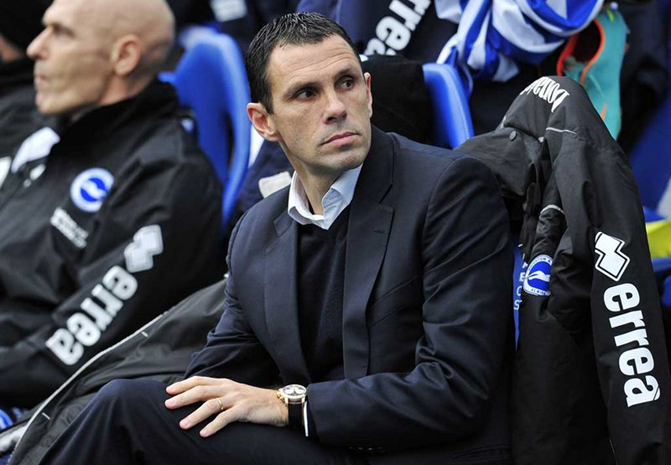 Out of the fire, into the frying pan.

That may be the best way to describe the switch from Paolo Di Canio to Gus Poyet, with Sunderland chairman Ellis Short hoping to avoid getting his fingers burnt again.

Poyet was the initial front-runner for the job, and indeed was all over Short and Director of Football Roberto De Fanti like a red and white rash. All the smiles, winks and drinks have paid off though, as the Texan billionaire has finally succumbed to the Uruguayan’s charms.

Poyet is not an obvious upgrade on Di Canio, at least not on paper. He’s similarly a coach who has spent his managerial career below the Premier League, hasn’t been shy of a word or two to the press, nor confrontation, and left previous club Brighton under a cloud.

While comparisons to the Italian are more than likely unjust, there is enough there to question why this approach has been taken again, and if so, why Poyet?

Reactions to his appointment have been fairly mixed and somewhat muted. Few were celebrating the appointment or heralding the arrival of the saviour, but nor were they marching on the Stadium of Light, Simpsons angry-mob-style, that the hiring of, say, Alex McLeish would have ensured.

The brief was for a (relatively) young ‘tracksuit’ manager, so perhaps it was never really going to be the Scot, or any of those other names that struck panic into even the most hardened of supporters (Tony Pulis, Steve McLaren etc).

Poyet ticks that box, and quite a few others besides: he’s multilingual – increasingly important in football, especially with such a range of nationalities in the dressing room and many who have not yet mastered English; he’s happy working under the moniker of ‘Head Coach’, De Fanti remaining in charge of recruitment; his side at Brighton were known for playing attractive, passing football, a style he’ll be looking to transfer to Wearside.

Where Poyet must really differ if this appointment is to work is in his relationship with the players, which is ultimately what cost Di Canio his job.

A return to the culture that evolved under Steve Bruce and Martin O’Neill cannot be allowed, but clearly there needs to be slightly more flexibility and mutual respect than the totalitarian approach of his predecessor.

He needs to find the right balance, and he could do a lot worse than having a good chat with Kevin Ball about the club and the players (and the fans/region while he’s at it), and using the former Sunderland skipper as much as possible.

Ball will now go back to his role with the development squad, with Poyet choosing to bring in his backroom staff from Brighton – Charlie Oatway and Maurici Taricco – but the former Chelsea midfielder would be wise not to completely discount the role ‘Bally’ could play at first-team level.

In terms of personal, the likes of Ki and Emanuele Giaccherini should be well-suited to the passing and movement game, although it’s likely to take a few weeks (at the very least) for most of the players to adapt, and the true benefits probably won’t be seen until Steven Fletcher is fully armed and operational once again.

While Brighton were praised for their football, they never actually made it out of the Championship, and now Poyet’s job is to avoid a return there with Sunderland. The football under Ball hasn’t been bad, to be fair, so the biggest challenge will be restoring the winning mentality that, funnily enough, comes with actually winning games.

Further parallels between the new manager and the old can be drawn from the fixtures lists: Di Canio’s first game was away to Chelsea, and then there was the derby with Newcastle (away), and the latter proved to be the highlight of his reign. It will be Poyet’s first home game – a trip to Swansea is first – and he must hope it will just be one of many for him.

There were no outstanding candidates for the job (my preference was for Rene Meuelensteen, but there’s little to go on by way of arguing that he was The Right Man) and there’d probably have been happier voices had this been the appointment made after O’Neill was sacked.

He’s been given a two-year contract, which – in keeping with recent history – should see him safely through to April.

Paolo Di Canio was hired for being Paolo Di Canio, and fired for the same reason. Gus Poyet must now prove he isn’t simply more of the same.