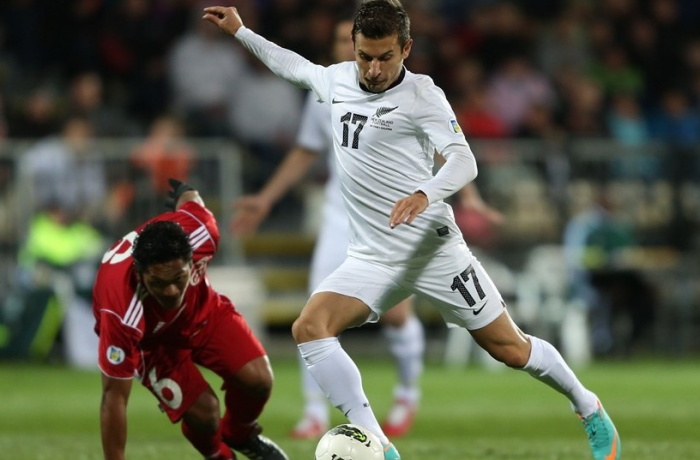 Mexico’s 9-3 aggregate win over New Zealand in the World Cup play-offs will not have surprised many, and will have delighted even more that they “took out the rubbish” that Oceania was trying to send to the World Cup. Neutrals all over the world are content that Mexico will compete in their sixth straight finals (and 15th overall) rather than have to watch Ricki Herbert’s men build on their unbeaten appearance in South Africa in 2010. The hatred with which Oceania is seen by football fans over the world is staggering, and completely unwarranted. The biggest insult though is that FIFA insist its winners have to compete in the play-offs to earn a ticket into the World Cup.

Since 1986 the Oceania regional victors have had to compete in a two-legged match against a UEFA, CONMEBOL, CONCACAF or AFC member, such as Scotland, Colombia, Canada, Argentina, Iran, Uruguay and Bahrain in the past and now Mexico. The thinking behind building this final hurdle for teams in the OFC is that they can forfeit their entry for a more high-profile nation, rather than offer a place at the World Cup to a region containing a number of sparsely populated islands in the Pacific and the relative behemoth New Zealand.

This practice surely goes against the principles on which FIFA operate in which every member has as much power as anyone else, meaning Brazil and Germany’s voice is as loud as Bhutan and Guam’s. This way of working should mean that politics and money don’t come into the equation when decisions are made for the improvement of world football, and everyone is treated as an equal. There is no doubt that Sepp Blatter and his henchmen have abused this fact to offer membership and funding to the world’s smaller nations who will cast votes in return, and thus muddying the egalitarian image of this power share, but if it still contains any value then it should seek to make sure Oceania are given a fair chance to compete.

The region only has 11 FIFA members and so no one is calling for a coup d’état of the World Cup places, but one place at the finals would ensure that the integrity of sportsmanship and competition are upheld. New Zealand finished their World Cup qualifying in first place, having won all of their six games against New Caledonia, Tahiti and the Solomon Islands (whereas Mexico had only won two of their ten games, scoring just seven goals in the process). Before that, those four nations finished in the top two places in two groups with Vanuatu, Samoa, Fiji and Papua New Guinea. And finally, Samoa progressed through the first round of Oceania qualification after it finished top ahead of Tonga, American Samoa and the Cook Islands. The OFC have done their best to tier qualification and let the best teams rise to the top, so why do FIFA feel the need to add another bottleneck?

Critics point to the fact that the FIFA rankings of Oceania members are extremely low, with only New Zealand among the top 100 countries in the world, meaning that being the top nation in the OFC is no achievement. But surely it is all relative? Ten of the eleven members are ranked between 126th in the world and 202nd so many of the games are closely fought and pit countries of relative ability against each other; this can be seen in almost every other region. If you pitted the top ranked team against the eleventh ranked team in the AFC (44th vs. 103rd), CONMEBOL (3rd vs. 71st) and CONCACAF (13th vs. 89th) then you would find similar distances to the ones that exists in the OFC. This would indicate that the achievement of topping OFC, AFC, CONMEBOL and CONCACAF is of equal achievement in relative terms.

Of course if people think that some nations are “undeserving” competing at the World Cup, then why don’t we just pick out the top 32 nations in the FIFA rankings to compete every four years? We’d have 21 nations from UEFA, six from CONMEBOL, three from CONCACAF and two from CAF. Sorry Asia. Australia, Japan, Iran and the Korean Republic won’t be going in favour of Denmark, the Czech Republic, Romania and Slovenia. Most football fans would presumably be against this way of selecting World Cup competitiors because of its exclusion of Africa and Asia’s top teams, meaning that we see a value in the competition representing the world, not the rankings. Even if we did handpick the World Cup competitors it wouldn’t guarantee a high standard of football (plenty of England fans have seen performances that required eye balls to be cleaned with a scouring brush) so allowing natural qualification would have little impact on the spectacle we enjoy.

Finally, allow yourself to take a less selfish view on the topic. By allowing Oceania to have just a single place at the World Cup, you allow football in the region to develop and create idols that can inspire the young footballers on the Cook Islands or Samoa. Tahiti’s appearance at the Confederations Cup can only have aided football on the island; New Zealand’s heroics at the World Cup in South Africa went some way to turning the heads of a population whose attention is dominated by other sports and American Samoa’s first ever qualifying victory freed their goalkeeper of depression that has stretched back to their 31-0 defeat to Australia. European fans were so desperate for the Iceland national team to reach the World Cup, due to their tiny population, so why can’t we extend that support to the Pacific?

6 thoughts on “Give Oceania a World Cup chance”