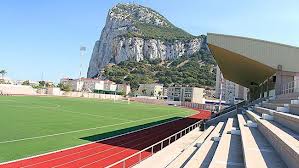 This month football fans in Gibraltar will be able to watch, for the first time in the sport’s 118-year history in the territory, their senior national side compete in an official fixture as part of the UEFA family. On the 19th November, Gibraltar will face Slovakia 393 kilometres away at the Estadio do Algarve and face a team mixed with debutants, under-21 players and long established regulars from Slovakian football.

The Gibraltar Football Association has decided that the match will be completely free of charge, in order to reward (and encourage) supporters who will make the long journey to Faro in Portugal to watch the historic match. Allen Bula, the national team manager, will have to pick a side capable of defeating a nation which appeared at the most recent World Cup in South Africa.

Slovakia have picked a side that many won’t recognise from the one which appeared three years ago, with 13 of the 17 players selected having ten caps or fewer for the senior side (and only five featuring in the most recent World Cup qualifying game against Latvia) and lacking stars like Martin Skrtel or Marek Hamsik.

However, veterans like Stanislav Sestak (48 caps) and Filip Holosoko (62 caps) currently both play in Turkey with Bursaspor and Istanbul BB and are going to provide huge obstacles for the Gibraltar team. Erik Jendrisek is someone that could cause a lot of damage on Sunday evening, having played for German teams Hannover 96, Kaiserslautern, Schalke 04 and SC Freiburg, as well as amassing 34 senior caps. Although his form has been patchy at times in his career, he has still played 194 competitive games and scored 66 goals, at times in the Bundesliga.

Bula has selected a team predominantly from the Gibraltar Premier League, with a few additional players from England and Spain. The squad selected for the Slovakia friendly is:

Notable among this selection is Scott Wiseman, the Barnsley regular who has featured 17 times this season for the club in the Championship. The 28-year old has masses of experience in English football having played for Hull, Rotherham United and Rochdale, as well as a call up for the England under-20 squad back in 2005. His ability will hopefully provide the Gibraltar defence will confidence this weekend, especially once teamed up with ex-Manchester United, Southampton and Sunderland defender Daniel Higginbotham.

The English non-league pyramid may provide Gibraltar’s goals up front as Adam Priestley from the Evo-Stik League Northern Premier club Farsley AFC joined the national team. Priestley signed for the club last season and finished the 2012/2013 campaign with 27 goals, and has begun the current season with three goals in six appearances. Anthony Bula will hope that his prolificacy will move into his international career and cause the Slovakian defence issues.

Of the 23 players available, the defending Gibraltar Premier League champions Lincoln FC have provided nine members of the team, while Manchester United 62 have five. It is hoped that by having so many players from the same teams in the national squad they will be able to form a cohesive unit with good communication and experiences of each other’s game.

The future looks bright for the territory of just under 30,000 people, as they can finally enjoy a seat at the UEFA financial feast. The top team in the league will receive at least €200,000 from Champions League qualifying, while whoever finishes second in the Premier League will receive €120,000 from entering the Europa League. Lincoln, Manchester United 62, Lynx, College Europa and Glacis United will earn compensation from UEFA for releasing players for the upcoming international game, while the GFA will be given €500,000 from the European footballing authority for running costs and €800,000 from the HatTrick programme (meaning that every person living in Gibraltar is covered for nearly €44 a head by UEFA). The cash injection means that infrastructure can be improved, coaches hired and players and staff transferred to full time contracts.

In preparation for Euro 2016 qualifying next year the GFA has organised a number of friendlies to get the national team regularly playing and training together, with the Faroe Islands set to play at the Victoria Stadium in Gibraltar in March, followed by a home and away game versus the Estonian national team. Bula and his squad will hope to make clear during qualifying that they won’t be going the way of San Marino and becoming perennial losers, instead wanting to compete and challenge competitors’ preconceptions of UEFA’s smallest member.