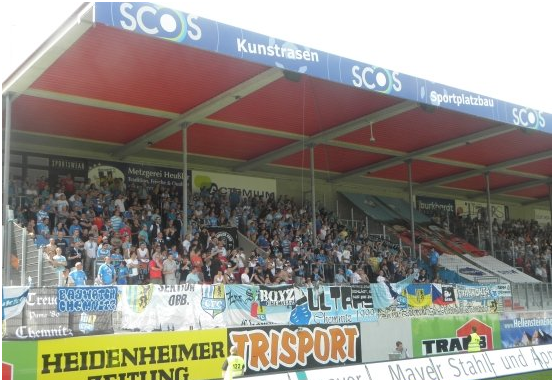 The German Third Division or 3.Liga as its known is by no means the most glamorous or most reported on league in the world. It contains two reserve teams in Stuttgart II and Werder Bremen II, imagine Chelsea and Everton’s reserve teams playing in League 1 and your there.

Last season Bayern Munich II were also in the league but were relegated meaning for the first time they hadn’t been in the German third tier since 1973, not only a spell of dominance in the first division for Bayern Munich.

The 3rd Liga is a very young league indeed, it was created in July 2008 to create a more competitive third tier league as before it was split into two leagues, North and South ‘Regionalliga’ which is now the basis of the fourth tier which itself is overseeing a change in 2012. The clubs, at first, were against the idea due to new laws regarding the stadium, as all stadiums have to accommodate 10,000 supporters with at least 2000 seats. This was fine for FC Saarbrücken who already had a stadium capable of holding 35000 supporters or Rostock or Braunschweig both with stadiums above 25000.

In 3rd Liga you have to obtain a licence from the German football federation. This license is granted if the club can prove that they are financially sound, that their stadium conforms to the security regulations, and that they have a working youth section although reserve teams don’t have to conform to these regulations.
This came to Werder Bremen II’s rescue who came third bottom last season but were saved from relegation due to the fact Koblenz could not provide a sufficient budget for the current season, the season before they were relegated from the second division, came 11th in the third and still ended up being relegated.

There are 20 teams and at the current point, the league is 7 games in with an early start on the 22nd of July. Regensburg and Heidenheim both sit top with 15 points with Tobias Schweinsteiger having already scored 6 goals. Werder Bremen II may finally be destined for the drop, they sit in bottom with 2 points having conceded 11 goals already.

For Middlesbrough and Millwall fans of the mid-nineties curious as to where Uwe Fuchs has got to as I know you are desperate to know, he now manages Osnabruck having had two spells at Wuppertaler Borussia and a short spell at Lubeck.

The German 3.Liga has produced a fair amount of talent that now represent at a higher level already. Holger Badstuber and Thomas Müller proved themselves at a lower level in the Bayern Munich reserve team. More recently Alex Esswein made a move from Dynamo Dresden to Bundesliga outfit Nurnberg and Chris Löwe moved from Chemnitzer was sold to Bundesliga champions Borussia Dortmund for 200k.

So the 3.Liga has a promising future for rising stars of Germany but the price of playing in the league can disadvantage clubs due to the money needed to upgrade infrastructure let alone improve the squad.