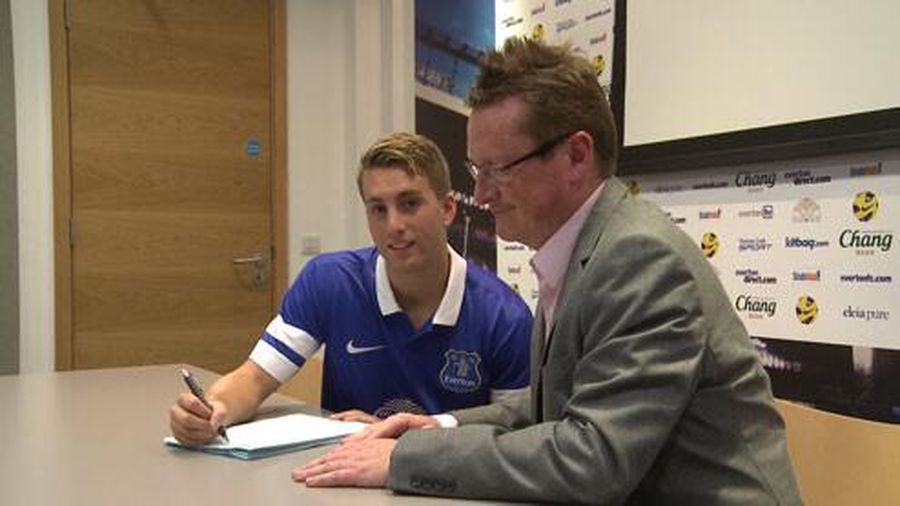 In the summer of 2004, the unthinkable happened: Lionel Messi and Andrés Iniesta almost joined Rangers on a season-long loan.

Given how Messi and Iniesta’s careers panned out, one wonders what effect the rough-housing of the Scottish Premier League would have had on these delicate, diminutive superstars.

Yet, that would not have been the most groundbreaking aspect of the move: not since Luis García, with his loan move to Real Valladolid in 1999, has a La Masia youth product gone out on loan before breaking into Barcelona’s first-team.

So, for all the talk of Johan Cruyff’s influence on Barcelona’s tiki taka philosophy since his final playing year at the club in 1978, a seamless transition from reserve team football into the first team has been a crucial crux of Barcelona’s set-up in the past 35 years.

This protectiveness has, particularly, been the case for Catalan products and those who have been at La Masia since childhood.

The highly-rated 5ft 11in winger is, arguably, Barcelona’s most exciting youth team product since Messi in 2004.

Also, far from the likes of Bojan Krkić, Giovani dos Santos, Gai Assulin and even Cristian Tello, there is a belief that Deulofeu can consistently translate some impressive form with Barcelona B into the first-team.

The fact the Deulofeu has, bravely, decided to test himself in the Premier League is testament to the Catalan’s hunger to prove himself amid the £48.6 million arrival of Neymar.

Despite Deulofeu’s newly-signed four-year deal, the Brazilian’s arrival suggests it is unlikely that Deulofeu will be awarded the chance to prove himself in the first XI anytime soon – having made just two appearances since his debut in 2011.

Witnessing Thiago Alcantara’s determination to leave the Camp Nou will have served as a warning and if Deulofeu enjoys his time in England, there is no guarantee the Catalan will return home.

This is partly why Barcelona have always been weary of loaning out youth products – accentuated by Gerard Piqué and Cesc Fábregas’ departures – preferring to narrow their football education to the confines of tiki taka and the Mini Estadi. 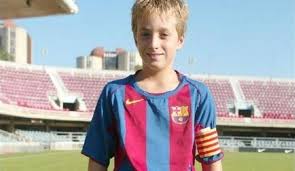 Yet, given how Deulofeu signed a €140,000 annual contract with Nike at just 14 years of age, it is clear that the winger is desperate to defy those who suggest he is yet another flashy winger to emerge from La Masia.

In playing for a proactive, well-disciplined manager like Roberto Martínez, Deulofeu is in safe hands for his future development in 2013-2014.

Then there is the fact that Martínez has an inspired record in working with loanees.

From Paul Anderson and Jordi Gómez at Swansea to Ali Al-Habsi and Tom Cleverley at Wigan, Martínez  has an eye for a talent who can thrill without the shackles of a parent club.

What would also have encouraged Deulofeu is the fact that Martínez has a history of bringing Spaniards into the Premier League since 2009, with Gómez, Adrián López, Antonio Amaya, Joel Robles, Iván Ramis, Román Golobart, Eduard Campabadal and Albert Crusat having all been in Wigan’s first-team.

Regardless of whether Deulofeu will be around to see Martínez repeat that in the future, the Catalan will be surrounded by dynamic, non-Spanish talents like Leighton Baines, Séamus Coleman, Kevin Mirallas, Steven Pienaar and Arouna Koné at Everton.

Arguably, the Catalan will never get the chance to play with such a diversity of nationalities and football cultures in La Liga.

This is what makes the loan move to Everton so intriguing: Barcelona clearly recognise Martínez’s work and with the success of the likes of Santi Cazorla, David de Gea, Chico Flores, Michu, Mata and Silva in the diversity of the Premier League in recent years, there has never been a better time for Spaniards to test themselves in England.

Also, the fact that Deulofeu is far from pint-sized – resembling Cristiano Ronaldo with his upper body strength, leggy stature and goalscoring prowess – should also provide encouragement for the Catalan adjusting to the rigours of the Premier League, too.

While Deulofeu is still raw – often attempting one skill too many like so many teenage wingers – Martínez may well have pulled off one of the coups of the window.

The effect this may have on Barcelona’s preference to shelter La Masia talents, though, could be the real story