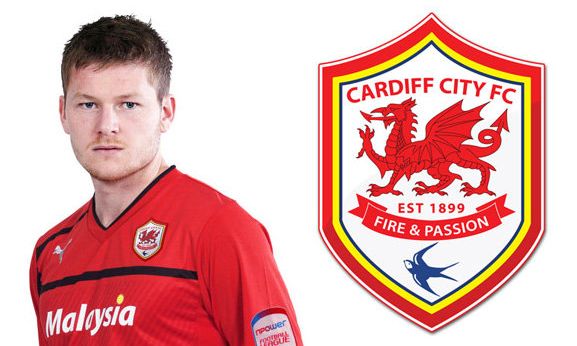 The sportsdirect.com @ St James’ Park Stadium. The FA Cup in association with Budweiser. UEFA Euro 2012 sponsored by Powerade.  These days it is impossible to avoid sponsorship in football, with seemingly every aspect of the sport now branded by some alcoholic beverage, bookmakers or even – not-at-all ironically, of course – fast food company.

Now, it goes without saying that many aspects of this sponsorship, particularly the money that it generates (however questionable the link between burgers and football) have been good for the game; and while many talk of football selling its soul and of money ruining what was once pure and not burdened by financial considerations, those who take a rather more pragmatic stance will point out that, since the money isn’t going to be going away any time soon, it might not be a bad idea to try and accept it as part of the game and appreciate the benefits that it brings.

That said, it was hard not to feel ever-so-slightly uncomfortable earlier this month when Cardiff City, following days of rumour and speculation, announced that they would be changing their club colours and crest with immediate effect. That’s right: the Bluebirds are now the Red Dragons.

The reason behind the club’s abandoning of their traditional blue kit after more than a century (it was first worn during the opening match at Cardiff’s old stadium, Ninian Park, in 1910) is unlikely to come as much of a surprise to those of a cynical nature. A statement on the official club website mentions improved training facilities, stadium expansion and a considerable transfer budget, all off the back of a reported £100 million cash injection from Malaysian investors, Tan Sri Vincent Tan and Dato Chan Tien Ghee.

To be fair to Cardiff’s owners, if claims surrounding the amount of funds being put into the club are anywhere near the mark then this is more than just your average sponsorship deal. You could argue that the owners’ intentions are sound – particularly as a significant chunk of that investment has been earmarked to settle City’s long-standing debt issues – and it’s hard to imagine supporters of any club, even the wealthiest of the Premier League elite, turning their noses up at such an investment. The problem lies in the fact that by altering something as fundamental as Cardiff City’s colours and badge, and by doing so in such a drastic and merciless manner, the club risk alienating the group of people that every football team should keep closest to its heart: the fans.

Not the Johnny-come-latelies whose introduction to Cardiff City FC will be adverts on Malaysian television or in Asian newspapers, but those whose lives revolve around the club. Local people, those who were born into City-supporting families and have never given even a moment’s thought to wearing the colours of any other team, the ones to whom the famous blue shirt is so much more than just an item of clothing to be purchased thoughtlessly from the club shop at the start of every season. Despite numerous claims to the contrary, it seems unlikely that such a decision would have been undertaken if any or all of the parties involved truly valued the thoughts or feelings of such a loyal following.

Of course, this isn’t the first time that a football team has changed their club colours. Juventus originally wore pink for the first six years of their existence, until their desire for a kit that would better withstand the elements resulted in them adopting the black and white stripes of Notts County, while an ever-increasing number of Manchester United supporters now travel to watch the world-famous ‘Red Devils’ with green and gold scarves hanging round their necks in memory of the club’s previous incarnation as Newton Heath LYR FC (of course, many of those same necks have also been pushed through the headhole of the latest United home shirt, but that is a discussion for another time). Even Cardiff themselves started out wearing the rather peculiar combination of chocolate and amber quartered shirts with “black knickers” after their initial formation as Riverside FC.

The difference is that in those examples the decision to alter team colours was not such a fundamental one, with the clubs in question in varying stages of their relative infancy – Juventus and United in particular were still decades away from becoming the global superpowers that they are today – but, with over a hundred years of history behind them, that is no longer the case. Today, Cardiff City, just like Juventus and Manchester United and dozens, even hundreds, of other football clubs, are an established brand. Not to the same degree as those behemoths of European football, admittedly – it’s arguable that since Swansea City’s promotion to the Premier League in 2011 they’re no longer even the biggest team in Wales – but to use that as an argument for changing the club’s kit would be to miss the point altogether.

Put simply, the point is this: Cardiff City Football Club have an identity that it has taken so much more than just money to create and maintain and, while those behind switching from blue to red may well have their reasons for doing so, no amount of financial input can justify that identity being disregarded as casually as it has been by the club’s investors. Would it really have been too much to ask for them to put money into the club without altering such a fundamental aspect of the brand? Furthermore, if the Bluebirds were such an unattractive business proposition then what attracted them in the first place? No doubt City’s supporters will want answers to these questions and many more besides, and it would be difficult to argue that answers are the least that they deserve, however unsatisfactory they may likely turn out to be.

Cardiff say that the colour red is seen as a symbol of prosperity, power and good fortune in Asia. That’s all well and good, but you could be forgiven for thinking that they might just see things differently in south Wales from now on.